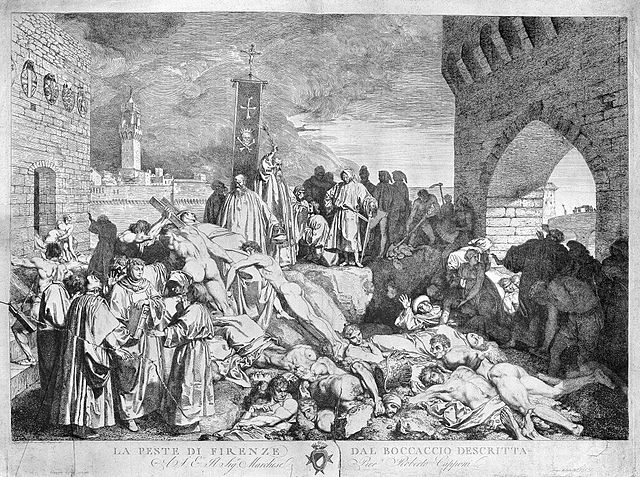 We know that rats and humans were affected by the plague, but were other animals immune? Nope. Chickens, sheep, pig, and cows were all susceptible to the plague. At one point, sheep were dying off so quickly that it was dubbed the “European Wool Shortage.” Funnily enough, a ship from England carrying wool made it’s way to Bergen, Norway in 1349. The ship carried the plague with it and made its way throughout Norway. Within days the ship’s crew was dead.

Eating the dead animals probably wasn’t a good idea either. Even with cooking, you could still become infected with the plague. Other wild animals would often eat the dead ones that were waiting to be buried, and they too would contract the plague since it could be passed through blood. The massive death toll of animals created a shortage of food for people, so if they didn’t die of pestilence, they could die of starvation or some other disease/infection.

Mulch, Millard. “The Effect of Black Death on Art and Artists in the Medieval Period.” History of Painters.