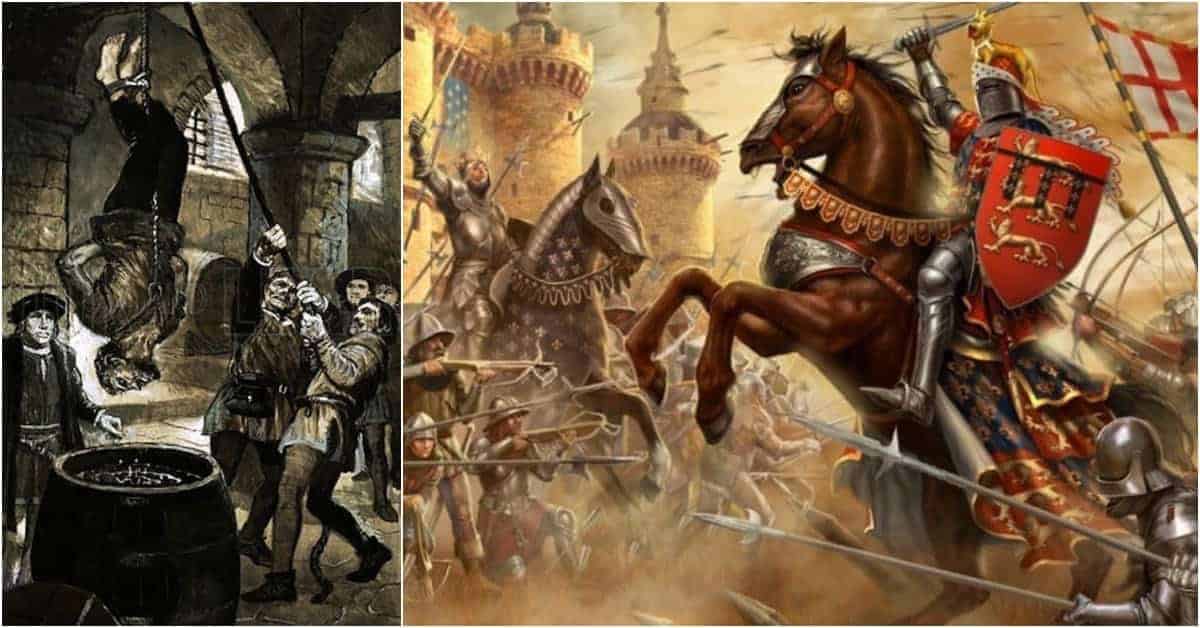 Sir Arthur Aston (1590 – 1649) was a scion of a prominent Catholic family from Cheshire, and a professional soldier from a military family. His father had served on the continent in Russia in 1610, then in Poland, for whose king he raised thousands of British mercenaries for a war against the Ottomans in 1621. Arthur Aston joined his father in Poland with 300 mercenaries, who went on to form the Polish king’s bodyguard.

Aston then fought for the Poles in the Polish-Swedish War of 1626 – 1629 and was captured by the Swedes in 1627. After the war’s end, Aston joined the Swedes, whose king, Gustavus Adolphus, commissioned him in 1631 to recruit an English regiment to fight for Sweden in the Thirty Years War. He did, and Aston and his English regiment fought in Germany in the 1640s.

By the time he returned to England in 1640, Aston was a grizzled and highly experienced professional soldier. He commanded a regiment for King Charles I in the Second Bishops’ War against the Scots, but his Catholicism became an issue, as Catholics in those days were legally prohibited from a variety of public positions, and expressly barred from serving as army officers. The outcry forced him to resign, but as consolation for his efforts, Charles knighted him.

When the English Civil War erupted in 1642 between the king and his royalist supporters, pitted against the forces of Parliament, Aston, now Sir Arthur, sought to join Charles’ forces but was initially rejected because of his Catholicism. As the royalist cause deteriorated, however, desperation and the intercession of Prince Rupert, the king’s nephew and main military commander, finally convinced Charles I to commission him into the royalist army.

His authoritarian style of command, learned on the continent, was unpopular in England, and he was disliked by his troops, who viewed him as a martinet. He was wounded and captured in 1642, then released in a prisoner exchange, after which he was appointed governor of Oxford, headquarters of the royalist cause. There, he was severely injured in a fall from a horse, lost a leg, and used a wooden prosthetic leg thereafter. While recovering, he was relieved of his command and pensioned off.

In 1648, he joined royalists in Ireland and was made commander of the port town of Drogheda, where he was besieged in 1649 by Parliamentary forces led by Oliver Cromwell, who stormed and captured the town on September 11. He was captured, and Cromwell’s soldiers, convinced that Arthur Aston’s prosthetic must contain hidden gold, demanded that he show them how to access its secret hidden compartment. They refused to believe his denials, and frustrated at his perceived obstinacy, they ended up beating him to death with his own wooden leg.

Sir Thomas Urquhart (1611 – 1660) was an idiosyncratic Scottish polymath and author, best known for his original and vivid translation of the works of Francois Rabelais into English. His own writings included original work on a new system of trigonometry, which he revolutionized, mathematics, family histories, epigrams, and the invention of a universal language long before the fad for Esperanto.

A royalist, Urquhart fought for King Charles I against the Scottish Covenanters in 1639 and was knighted by the king for his support in 1641. The following year, his father died, leaving him an estate heavily encumbered with debts, and Urquhart spent most of the 1640s dealing with and avoiding creditors, even leaving for the continent for a time, before returning in 1645 to publish a mathematical treatise.

In 1648, he joined a failed royalist uprising at Inverness and was declared a traitor by Parliament. In 1651, he joined Charles II’s long-shot attempt at regaining the throne but grew increasingly disgusted with the incompetence and mismanagement of the affair, which culminated in a decisive royalist defeat at the Battle of Worcester. Urquhart was captured and imprisoned for two years, first in the Tower of London, then at Windsor.

He lost all his manuscripts and had to forfeit all his properties, before he was finally paroled and freed from prison on the orders of Oliver Cromwell in 1653, on condition that he leave for the continent. He reportedly died in 1660 in a fit of maniacal laughter, upon hearing that Charles II, whose incompetence in the 1651 attempt to gain the throne had ended in disaster and cost Urquhart so much, had been restored and welcomed back into the Three Kingdoms as their crowned king.

Francois Vatel (1631 – 1671) was born Fritz Karl Watel in Switzerland, apprenticed as a pastry cook, then went to work for Nicolas Fouquet, who became King Louis XIV’s finance minister in 1653. Vatel became a celebrated master chef, often credited (inaccurately) for inventing Chantilly cream, and rose within Fouquet’s household to become his majordomo – the highest-ranking employee in an aristocrat’s household.

In 1661, Vatel supervised the grandiloquent inauguration fete of Fouquet’s chateau Vaux-le-Vicomte – now a famous tourist site southeast of Paris. Vatel did such a great job, and the inauguration was so splendid, that Louis XIV grew jealous of his finance minister’s display of opulence, fired Fouquet and threw him in jail, charged with maladministration of state funds and lese majeste, and kept him locked up until his death in 1680.

Out of a job, Vatel did not remain unemployed for long – apparently, throwing a party so great as to arouse the Sun King’s jealousy and ruin one’s boss was a CV plus in the French aristocracy’s eyes. He was quickly snatched up by Prince Louis II de Bourbon-Conde, also known as the Grand Conde, who made him his master chef and majordomo.

In1671, Vatel was put in charge of a grand banquet for 2000 people scheduled for April 25th, in honor of Louis XIV, who was to visit the Grand Conde’s Chateau de-Chantilly that month. The royal banquet was scheduled on short notice, and Vatel, who had only 15 days to prepare, grew increasingly stressed by a series of minor mishaps in the preparations for the grand feast.

During a preliminary dinner a few days before the banquet, there were more guests than expected, and two out of 26 tables had to go without roast. A mortified Vatel wept that he had lost honor and could not bear the shame. Reassurances from the Grand Conde that the dinner had gone great, and that Louis XIV was pleased, did little to assuage Vatel, who kept obsessing about the tables that had gone without roast. Later that night, a grand display of fireworks flopped because fog and low clouds descended, which lowered Vatel’s spirits even further.

Early the following morning, April 24th, one day before the banquet, he encountered a supplier bringing two loads of fish and asked him if that was all. The supplier, unaware that Vatel was referring to all fish from all suppliers, not just himself, replied that it was. That was the final straw for a frazzled Vatel, who had hardly slept in the preceding fortnight, and he broke down, crying “I won’t survive this insult. My honor and reputation are at stake“. Unable to endure what he was sure would be a humiliation when the royal banquet turned into a flop, he took a sword and ran himself through. As it turned out, the fish misunderstanding soon resolved itself, as fish from other suppliers began arriving not long after Vatel had stabbed himself, the wagon loads trundling into the Chateau de-Chantilly even as the master chef and majordomo lay dying of his wound.

Jean-Baptiste Poquelin, better known by his stage name Moliere (1622 – 1673), was a French actor and playwright, the greatest author of French comedy, and one of the best and most innovative comedic writers of all time. His greatest contribution was the development of a new comedic style based on double vision – depicting the normal and abnormal in relation to each other and elevating the genre from slapstick to a more refined and high brow level. He penned a rich body of work during his career, including literary classics such as The School for Wives, The Miser, The Misanthrope, and The Bourgeois Gentleman.

Born into a wealthy family, Moliere was afforded a solid education before taking to the stage as a rich dilettante actor for thirteen years – no starving actor or writer he – during which he honed his comic skills and began writing. He impressed and secured the patronage, of king Louis XIV’s brother, who arranged for Moliere to perform before the Sun King at the Louvre. It was a smashing success, and with the king himself a fan, Moliere’s career took off.

Louis XIV subsidized Moliere and his acting company and made him the official author of court entertainments. Royal favor did not save him from criticism and controversy, however, and some of his biting satire – particularly Tartuffe, which mocked religious hypocrisy – earned the ire and condemnation of the Catholic Church. Other works, such as Don Juan, were banned outright after moralists attacked it for mocking religion and eulogizing a debauched libertine.

His years of hard work took a toll on his health, which was already ailing as a result of a decades-long affliction with tuberculosis. When he took the stage on February 17th, 1673, to perform in his most recently written play, The Imaginary Invalid, he collapsed halfway through the performance in a fit of coughing and hemorrhaging of blood. A true trooper, dedicated to his craft even unto death, Moliere insisted on finishing the performance anyhow. As soon as the curtains came down on the performance, they came down on Moliere as well, who collapsed with an even greater hemorrhage, from which he died a few hours later. Ever since, a stage superstition developed that green, the color worn by Moliere during his last performance, was bad luck for actors.