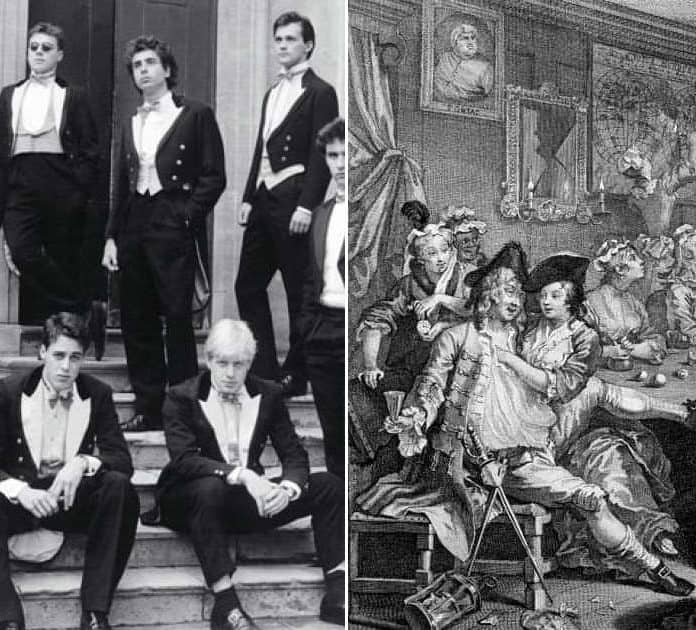 At the oldest English-speaking university in the world, old habits die hard. The University of Oxford is renowned for its stubborn preservation of dogmatically-pointless traditions and rituals: the mayor tapping the medieval city walls at New College to check their soundness every year, the wearing of uncomfortable gowns for formal events such as exams (a recent plebiscite amongst students on this topic was overwhelmingly in favour of the outfit, known as sub-fusc), the annual day-long tortoise race at Corpus Christi College. Any alumnus of Oxford will tell you that partaking of such unusual traditions is tremendous fun.

However, not all traditions at the university are so wholesome or embraced by the modern institution. Long-reputed to be dominated by the upper classes despite its meritocratic entrance system, Oxford is embarrassed by the continuing presence of the Bullingdon Club, a society for only the richest, best-connected, and worst-behaved of students. Despite its former members including prominent politicians and monarchs, the ‘Buller’ has a history of vandalism, violence, vulgar displays of wealth, vehicular manslaughter… and vomiting. Though a society unrecognised by the university, Bullingdon dinners have gone down in Oxford folklore for their scale of destruction and incredible cost.

Though it swiftly changed its focus to general debauchery, the Bullingdon Club was founded in 1780 as a sporting club for noble students. Members hunted and played cricket, as reflected in the seldom-seen badge reproduced above, which depicts a huntsman on horseback alongside a wicket and cricket bat. The name ‘Bullingdon’ comes from the area of Oxford in which they kennelled their hounds and played home cricket matches; ironically, in recent years, a working-class district. Both early activities were exclusive, if uncontroversial: G.V. Cox noted that in 1805 cricket at the university was confined to the Bullingdon Club.

Depending upon the fluctuating fortunes of today’s English cricket team at the time of reading, it may not be unsurprising to note that the Bullingdon Club were not all that good at the sport. Bullingdon Green witnessed some dreadful results. In June 1795, the Buller lost to Marylebone Cricket Club by eight wickets, and in 1796 lost a match by two-hundred runs. To the many non-cricket fans of the world: these were sound thrashings, which would cause great embarrassment to the losing side. Nevertheless, an early member was Thomas Assheton Smith III, a fine amateur batsman and steam-yacht pioneer.

Assheton Smith was an all-round sportsman, and served as master of the famous Quorn Hunt in Leicestershire from 1806-1816, later establishing his own pack of hounds and earning the soubriquet of ‘the British Nimrod’. Records of hunting by the Bullingdon itself are unforthcoming, though the club remains a boisterous advocate of the sport. Hunting in general, and fox-hunting in particular, were popular throughout the university in the nineteenth century, with many students kennelling their own hounds in the city’s suburbs, which was frowned upon by the university which feared that undergraduates would be distracted by the thrill of the chase.