10 Lost Treasures in America Waiting to be Found

10 Lost Treasures in America Waiting to be Found 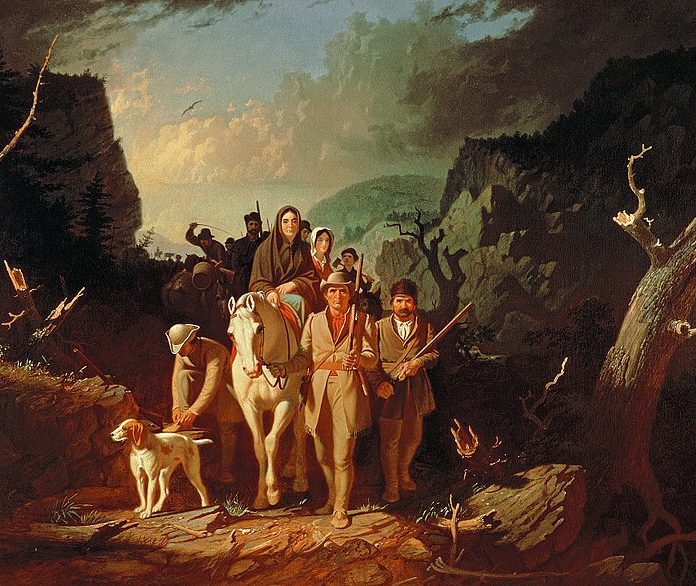 The idea of finding a lost treasure has universal appeal. There are people who spend their whole lives and considerable sums of money searching for sunken treasure ships, lost mines, and hidden loot. Both American coasts abound with tales of buried pirate treasure. The coastal areas of Virginia and the Carolinas are said by some to contain treasure left behind by Blackbeard, Stede Bonnett and other pirates who once roamed the seas off the America’s preying on merchantmen and Spanish treasure ships. Both New York and New Jersey were once areas resorted to by Captain William Kidd, and long have tales been told of treasure he left there.

Mines which provided silver, copper, and gold to American Indians have been sought by white settlers since the country west of the Ohio River was first explored. Some claimed to have found them, but their locations since became lost. The Shawnee Indians of the Ohio Valley possessed silver in large amounts, but from whence it came has never been proven, and throughout Ohio, Kentucky, and West Virginia there are sites believed to be the source. Money hidden after it was acquired in crimes remains hidden in many cases, while the perpetrator sits in prison.

Here are ten tales of lost treasure in the United States. Good hunting.

The Shawnee Silver Mines of Ohio

According to prisoners taken by the Shawnee Indians from the white settlements in Kentucky and Ohio, just a half days walk from their main village of Chillicothe, was a site where the Shawnee mined silver. The prisoners were blindfolded, marched to the site, and burdened with heavy sacks which they were forced to carry back to the village. The difficulty in finding the site has been complicated by the fact that there was more than one village named Chillicothe, and the villages moved from time to time. There were villages of that name – actually Chalagawtha – on the Scioto River, the Little Miami River, the Great Miami River, and others. The prisoners who described carrying the silver mentioned that it came from a place not far from a stream.

Chillicothe on the Little Miami is sometimes referred to as Old Chillicothe to distinguish it from the others of that name, and is the most prominently discussed region when considering the location of the mines, because it was the largest of the villages. Its most prominent leader was Chief Blackfish, and it was to this village that Daniel Boone was taken when he was held prisoner by the Shawnee. Tecumseh is often said to have been born there, in reality he was born in the village on the Scioto, though he did live on the Little Miami for a time. Today the area is an unincorporated village called Oldtown.

The prisoner’s description of the area makes it difficult to follow. They did not describe whether they walked upstream or down, and there are numerous creeks and branches of the Little Miami which could have been followed on their walk. The same can be said for each of the towns named Chillicothe, which also existed further north in Ohio, on both the Maumee and the St. Mary’s River. Departing from the site of each Indian village it is not difficult to encounter water in just about any direction. Reports from prisoners of the Shawnee in the early 1790s indicate that the Little Miami location was not the region of the mines, since it was destroyed by George Rogers Clark in 1780.

The most likely location based on the reports of the prisoners would be the village on the St. Mary’s River. At the time the village was located near a region which was known as the Great Black Swamp. The swamp stretched from western Lake Erie to just inside what is now the Indiana state line, although there were portions which were dry year round, elevated above the flood plain. It was there that the bulk of the Chalagawtha division of the Shawnee settled after the destruction of their lower towns. It was from there that they traded with the British forts in Michigan, and heard Tecumseh’s calls for unity among the tribes and more.

Today the region of the Great Dismal Swamp is rich farmland. Both the states of Indiana and Ohio drained most of the swamp during the 1800s. By then the Shawnee were long gone, with yet another Chillicothe appearing near Fort Wayne, Indiana. So the source of their silver in Ohio has yet to be found. There are some who believe that the prisoners created the stories of the silver as a means of entertaining their listeners after being ransomed, but the Shawnee acquired their silver, which they worked into armbands, amulets, and other items from somewhere.