This Day In History: Blackbeard the Feared Pirate Is Killed (1718) 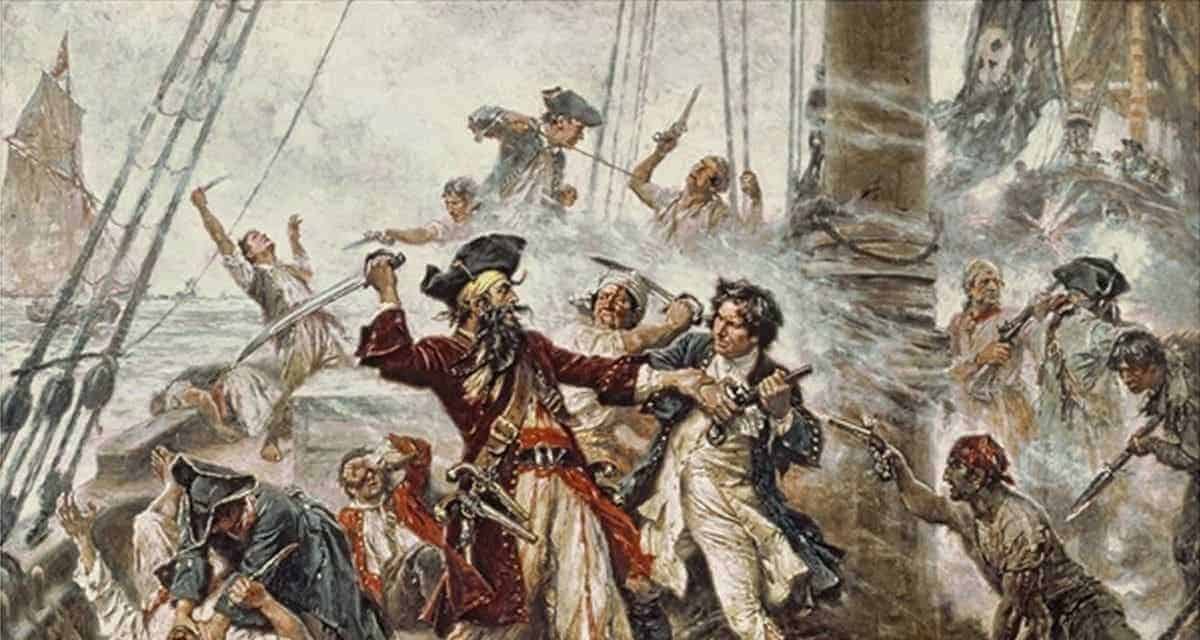 This Day In History: Blackbeard the Feared Pirate Is Killed (1718)

On this day in 1718, one of the most notorious pirates of all time “Blackbeard” is killed. Edward Teach, also known as Blackbeard, was killed in a naval engagement off the coast of North Carolina. He died during a brief but bloody encounter with a British naval detachment.

Teach was almost certainly an English man and was probably a sailor all his life and he likely began his pirating career in 1713, when he joined a pirate ship. His captain was the well-known pirate Benjamin Hornigold. In 1717, Hornigold retired and gave up the life of a pirate. Teach and other pirates refused to accept an amnesty from the British Monarch at this time and instead continued to attack ships. In 1717 Teach attacked a French merchantman and took its 26 guns and he renamed it the Queen Anne’s Revenge.

Blackbeard, who earned his nickname because of his long black beard, used the ship to begin a reign of terror in the seas around the Caribbean and the southern coast of the American colonies. Soon he had gathered other pirates who obeyed his orders, unquestioningly. Blackbeard soon had four ships under his command and he became the most feared pirate of his day. Teech, used psychological warfare very effectively to intimidate his enemies. For example, he was said to light on fire fuses in his great beard to make himself more fearsome during battles to put fear into his enemies. People were right to be afraid of Teech who was very cruel even for a pirate. Blackbeard and his men preyed on Spanish, English, French and American shipping. It has been estimated that he and his men attacked 30 ships and stole hundreds of millions of dollars in today’s money, in treasure and valuable.

However, things began to go wrong for Teech when Queen’s Anne revenge was shipwrecked and he soon lost another. A third ship was so badly damaged that he was forced to abandon it. Black Beard was in a weak position and he sailed to North Carolina and met with its governor. The Governor, who was corrupt agreed to pardon the pirate if he gave him some of his treasure and loot. The locals were not happy about this and informed London. The Admiralty dispatched several ships to apprehend Blackbeard and had orders to end his reign of terror.

On November, 22nd, Blackbeard’s ship was attacked by several Royal Navy ships. He did not have a chance. He was defeated and killed in the bloody sea battle of Ocracoke Island. The British marines boarded his ship but the English pirate refused to surrender because he knew that he would be publicly hanged. Blackbeard fought to the very end it took five musket balls and countless sword thrusts to bring him down.

The New York Time Magazine – More Than a Pirate, a Rebel With a Democratic Spirit