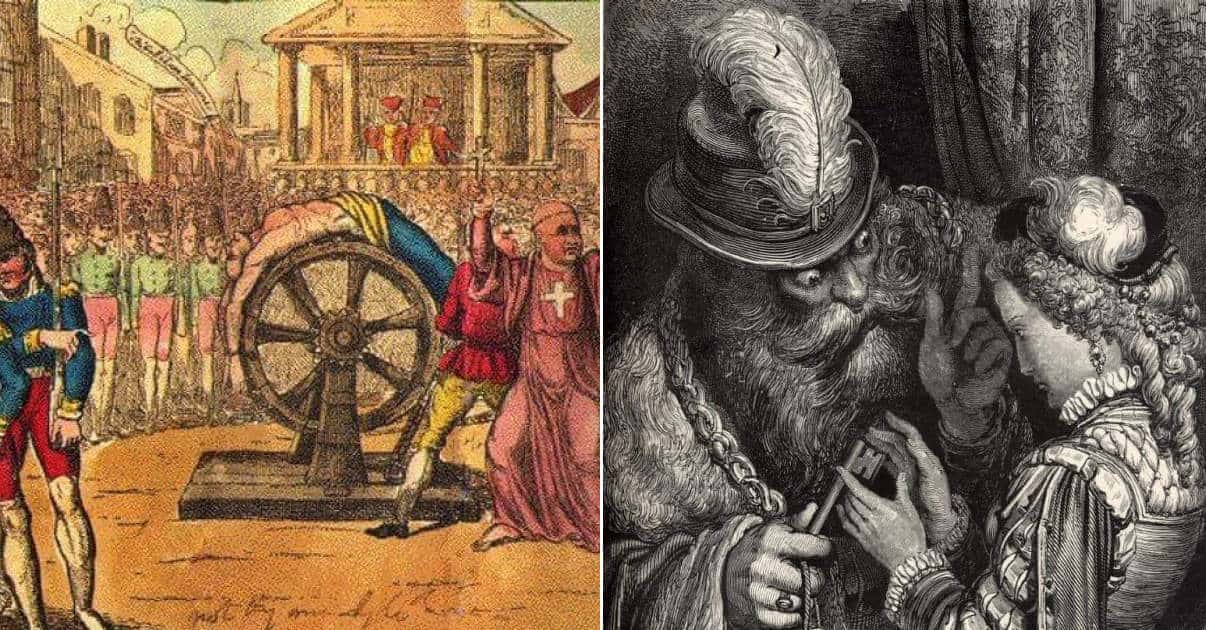 Stella Kubler (1922 – 1994) was born and raised as the only child of an assimilated middle-class Jewish family in Berlin, and was treated like a princess by overprotective parents. Stella grew up financially comfortable, but not as rich as her schoolmates in a Jewish school. That gnawed at her and left her harboring resentments against her richer schoolmates. During WWII, Stella became infamous for collaborating with the Gestapo to track down and denounce other Jews hiding from the Nazis. Many of those denounced by her were her former schoolmates and their families, whom she repaid in spades for their crime of being richer than Stella’s family.

During WWII, Stella secured forged identity papers that listed her as a German Aryan. She was blond and blue-eyed, so it worked for a while. However, she and her boyfriend were eventually denounced to the Gestapo by a “Jew Catcher” – a Jew working for the Gestapo to find other Jews in hiding. To save their necks, her boyfriend, and future husband, offered the Nazis his services.

The Gestapo put the couple to work as Catchers, paying them 300 Reichsmarks for every Jew they turned in, and promising to spare Stella’s parents so long as she kept producing. The duo had good instincts for hiding places, having lived in hiding themselves. Stella was particularly effective because she knew many of Berlin’s Jews from her years in a segregated Jewish school.

Stella had not chosen to become a Catcher of her own free will. However, how she exercised what freedom of choice she did have while working as a Catcher was entirely within her control. She exercised that freedom of choice by pursuing hidden Jews with remarkable zeal. Even after the Jews she turned in were arrested, and her task was over, Stella enthusiastically took part in beating, torturing, and humiliating the arrestees.

Notwithstanding her zeal, the Nazis reneged on their promises to Stella, and deported her parents to their death in a camp. Her husband and his family were sent to Auschwitz in 1943. Despite that, Stella’s enthusiasm for seeking out hidden Jews and denouncing them to the Gestapo did not wane. Betting on a German victory, she secured a promise from a high-ranking Gestapo official in 1944, that she would get declared an Aryan after the war.

By war’s end, Stella had been responsible for the arrest, deportation, and subsequent murder of untold hundreds of Jews. Estimates of the total number of her victims ranged from a low of 600, to possibly as high as 3000. Their numbers included many of her personal friends, former schoolmates and their families, and even some of her own relatives.

Nonetheless, Stella got off light. She was captured by the Soviets, tried, and sentenced to 10 years imprisonment. After her release, she moved to West Berlin, where she was tried by the West German authorities, and sentenced to 10 years. However, she did not serve any time of that sentence. She then converted to Christianity and became a lifelong anti-Semite. In 1994, she took her own life by jumping out the window of her Berlin apartment.

In 1762, Korea’s king Yeongjo had a difficult question to answer: what to do with his son and heir, Crown Prince Sado? When Sado was born in 1735, his arrival had been greeted with great joy. The infant was set up in his own palace, with an army of maids and governesses and servants. Unfortunately, king Yeongjo dropped the ball by failing to personally supervise his son’s upbringing, so Sado was spoiled rotten.

The king was a distant father, figuratively and literally: he spent little time with his son as he grew up. On the rare occasions when the king visited, he was irritable and grew angry at his son’s slightest missteps. Sado thus grew up terrified of his father, and desperately trying to please him. Pleasing his father was difficult, however, and whenever sire and son met, the king was far more critical than affectionate.

Between his daddy issues, absence of fatherly supervision, indulgence and flattery by courtiers, and other neuroses, something went seriously wrong, and Sado became a monster, given to violent mood swings. One day, he would be the decorous and dignified prince who embodied all that his father had ever wanted in a son and heir. The next, he would run around in a mad frenzy, raping and murdering servants and courtiers. What is known about his conduct indicates that he was probably schizophrenic.

Alcohol was forbidden at court, but that did not stop Sado from turning into a raging alcoholic. When he became depressed, nothing cheered him up or lifted his depression quicker than murdering servants. On many days, several corpses were seen being carried out of the palace. Sado also liked raping court ladies, and after murdering his concubine, he started sexually stalking his own sister.

The Crown Prince’s depravities made him widely feared throughout Korea as an all-around monster. Eventually, king Yeongjo concluded that he could not allow his criminally insane son to succeed him on the throne. So on July 4th, 1762, Sado was summoned to the throne room by his father, who ceremonially disinherited and disowned him. The king was prevented by taboos from outright executing his son, so he ordered Sado locked inside a strong wooden, and kept him there until he starved to death.

Self-Proclaimed Emperor of a Tiny Nation, Who Kept Children’s Corpses in a Deep Freezer

The now largely forgotten Jean-Bedel Bokassa (1921 – 1996) was a military officer in the Central African Republican. In 1966, he launched a coup and seized power, then ruled that small nation as a military dictator until 1979. Erratic and prone to delusions of grandeur, Bokassa declared his small landlocked country an empire, and anointed himself Bokassa I, Emperor of the Central African Empire.

Bokassa had been a captain in the French colonial army when Central Africa gained its independence from France. The newly independent country’s president, a distant cousin, appointed Bokassa to head its armed forces. Bokassa showed his gratitude by staging a coup, ousting his cousin from power, and appointing himself president. An admirer of Napoleon Bonaparte, Bokassa emulated his idol by crowning himself Emperor of Central Africa. He then bankrupted his impoverished country with a lavish coronation event that cost about 80 million dollars and featured a diamond-encrusted crown worth 20 million.

Bokassa’s rule was marked by a reign of terror, during which he personally oversaw the judicial beating of criminal suspects. He also decreed that thieves were to lose an ear for the first two offenses, and a hand for the third. Additionally, Bokassa supervised the torture of suspected political opponents, then fed their corpses to lions and crocodiles kept in a private menagerie. He was also into cannibalism, as shown in Paris-Match magazine expose, which ran photos of a deep freezer in Bokassa’s palace, containing the bodies of children.

Bokassa’s rule featured many atrocities, of which best known was the arrest of hundreds of schoolchildren in 1979 for refusing to buy school uniforms from a company owned by one of his wives. Bokassa personally oversaw the murder of more than 100 of the children by his imperial guard. That caused an uproar, and soon thereafter, Emperor Bokassa I was deposed by French paratroopers.

The deposed ruler had a soft landing, however, and he went into a comfortable exile in France, financed by millions of dollars embezzled and stashed in Swiss bank accounts. The exile did not stay comfortable for long, however: within a few years, Bokassa had managed to waste his millions, and was reduced to poverty. Things got so bad that he made a brief reappearance in international news in the 1980s when one of his children was arrested for shoplifting food. Bokassa returned to Central Africa in 1986, where he was tried and convicted of murder and treason, and sentenced to death. However, the sentence was commuted to life imprisonment, and he was released in 1993. He lived another three years, before dying in 1996.

India Times, May 28th, 2015 – 12 Things You Didn’t Know About the Infamous Charles Sobhraj

OZY – The Serial Killer Who Fought Alongside Saint Joan of Arc

Los Angeles Times – Bokassa Testifies: ‘I Am Not a Cannibal’

Paranormal Guide, The – Karl Denke, the Cannibal of Ziebice