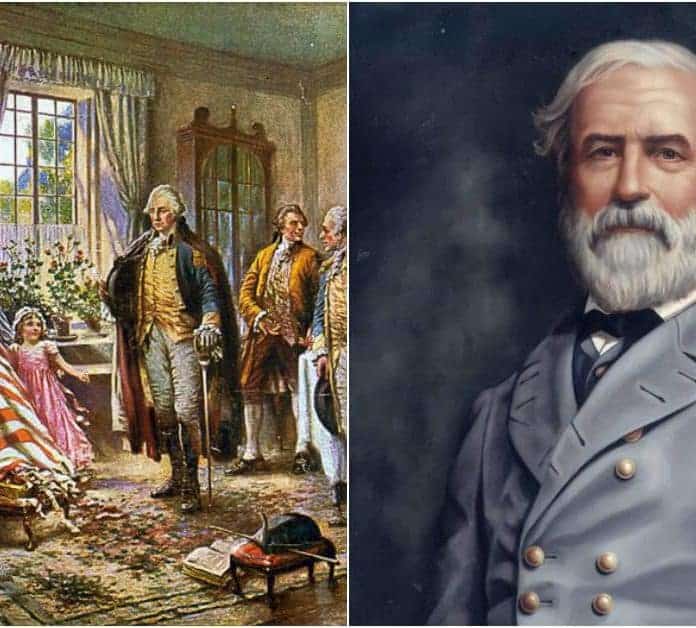 Popular history is a mélange of truth and fiction, myth and reality. Separating long-held beliefs from historical facts is often difficult. As children, the story of Washington chopping down a cherry tree and then exhibiting startling honesty to an understanding father is a believable lesson in morality, but it is as much a fable as the tale of the tortoise and the hare.

Today the sobriquet “Honest Abe” is remembered as a commentary on Lincoln’s character. In fact, it was first bestowed on the 16th president by political enemies as a satirical comment, partially in acknowledgment of his political skills, rather than his inherent goodness.

Myths about the past which distort historical truths are usually created by later generations as a means of promoting a political or moral position of their day. They use historic images to foster their own ideas, borrowing the image of greatness from the past to adorn their desires for the present. Twisting the views of what happened to shape the views of what is desired to happened is a disservice to the present generation and to future generations since it denies them a true representation of the common past.

Myths ride on the surface while true history sinks deeper and deeper into oblivion only to be treated as “revisionism” when it does peek through. Here then are commonly believed myths of American history and the truth behind them.

It has long been a myth, oft repeated around Columbus Day, that the intrepid explorer sailed in three ships to find the East Indies by sailing to the west, with his entire enterprise paid for by the Queen of Spain’s pawning or selling her jewelry to raise the necessary funds. Where this myth arose is anybody’s guess, but it is patently untrue.

Isabella of Castile, wife of Ferdinand of Aragon, was a powerful ruler beset with many enemies. The two monarchs, known to history as the Catholic Monarchs, had many financial drains on their resources at the time Columbus was seeking sponsorship for his first voyage. The expulsion of the Moors from southern Iberia was one, the Inquisition was another. In fact, at one time Isabella did borrow money against some of her jewels to raise funds to prosecute both, leaving them unavailable as a source of money for Columbus.

When Columbus sought the assistance of the Catholic Monarchs, he had already been rejected by the Portuguese. Both Ferdinand and Isabella looked with favor on the explorer’s plans, but the funds for an expedition simply weren’t available until the final victory over the Muslim’s in Granada. Following that victory, Ferdinand summoned Columbus to his presence in the city of Cordoba, despite his wife’s refusal to favorably consider the enterprise.

By that time Columbus had arranged financing to cover roughly half of the costs of the expedition through private investors. The Catholic Monarchs agreed to provide the remaining funds from the royal treasury after extracting several concessions from Columbus, including the claiming of all discovered lands in the name of Spain.

The myth arose because when the proposal was first presented to Isabella she stated to Columbus, in large part to prevent him seeking financial support elsewhere, that she would be willing, “…to pawn my jewels to defray the expenses of it, if the funds in the treasury should be found inadequate.” In the event the treasury held funds sufficient to the costs. When her confessors’ advised against the voyage, Isabella withdrew her favor. She did not restore her favorable opinion of the enterprise until Columbus returned to Spain bearing the fruits of his undertaking.