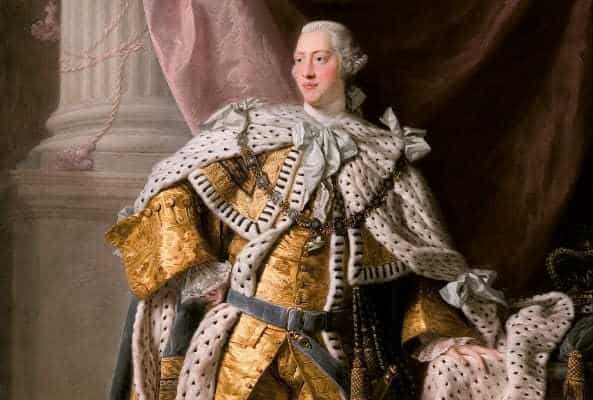 By the time 1776 rolled around and the Declaration of Independence was written and sent to England, the American colonies had been suffering under the progressively tyrannical rule of Great Britain for more than 20 years.

The English Monarchy and Parliament had always kept a very strong eye on the colonies, as they were a huge source of economic production. As time dragged on, and as England found itself in many more military conflicts (and started to need money to pay for those conflicts), the British started to pass laws meant to bring in more money from the colonies. This, of course, meant taxes, and that made the colonists very angry.

Something that hasn’t really changed in history is that people don’t much like the government to take away their money, especially when it is done without representation.

On March 30, 1775, the British King, George III, and his Parliament, passed yet another law that was meant to bring in more money to the Crown. This particular law, named the New England Restraining Act of 1775, was written to prevent New England Colonies from trading with anyone but Great Britain.

In the grand scheme of things, this was another strike against the Crown to the American colonies. You have to remember that for almost 20 years prior to the New England Restraining Act, the British Parliament had been passing laws left and right restricting and taxing anything the ‘Americans’ produced.

And while the Declaration of Independence wouldn’t be adopted until July 4, 1776, the fighting of the American Revolution started in April 1775 with the Battles of Lexington and Concord, just 20 days after this new law was passed in London.

It is sometimes hard to remember that while we tend to think of the true start of the fight for independence starting with the Declaration of Independence, that wasn’t actually the beginning of the war.

At the time of the first shots of war, the goal for the colonists wasn’t to break away from Britain (though there were some who promoted the idea as early 1770), but instead to fight for less restrictive taxation and more representation in the already established British government.

It wasn’t until the beginning of 1776 that independence became something that was much more popular among colonists. Even as late as mid-1775, the colonists were attempting to appease King George III with the Olive Branch Petition, which asked for greater rights for the colonies while maintaining loyalty to the crown.

The New England Restraining Act that was passed on this day in 1775 was one of the last attempts by the British government to restrict the colonies before the true start of the war. And while it wouldn’t be the last attempt, it was another impetuous act that would ultimately lead to the Americans wanting to leave the British Empire.