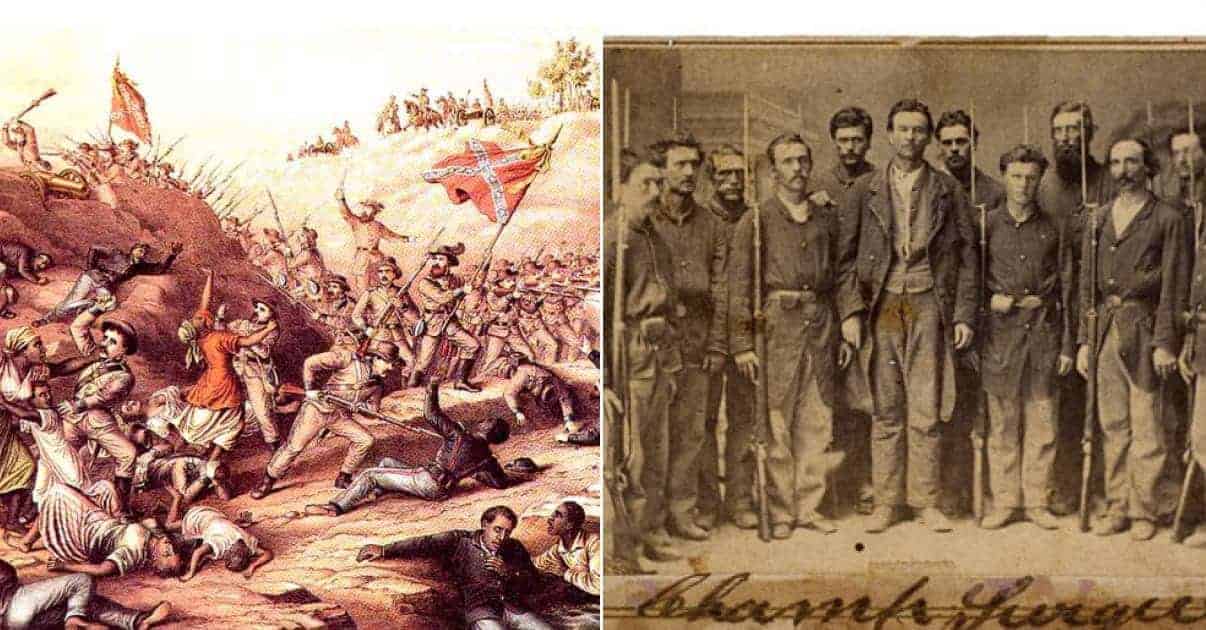 In January 1863 armed Unionists raided the salt stores in Marshal, North Carolina, an act which precipitated an armed response to the Shelton Laurel valley to arrest the culprits. After North Carolina troops arrived there they kidnapped and tortured several women in an attempt to uncover their husband’s whereabouts.

Homes and barns were burned, women hanged and whipped, and children tortured. The troops eventually rounded up 15 men and boys (some accounts say 16) and began marching them towards the nearest Confederate regular troops in Eastern Tennessee.

At least two and possibly three of the captives escaped in the course of the march, enraging the commander of the troops, Lt. Colonel James Keith. Keith ordered the remaining prisoners to be taken into the nearby woods, off the road. The prisoner’s ages ranged from 13 to over 60.

At Keith’s order, the captives were shot by the North Carolina troops, the first volley killing four men instantly, while another that was hit required a second round to kill him. As the troops reloaded their weapons, the remaining captives were forced to kneel and wait, five more were killed in the second volley. Eventually, 13 were executed.

Keith was charged with their murders in a civilian court following the war, but after waiting two years in jail to be sentenced he escaped. Days later it was revealed that the state Supreme Court would have set him free. Keith was never brought to justice for the murder of the 13 Unionists. He fled to Arkansas and vanished.