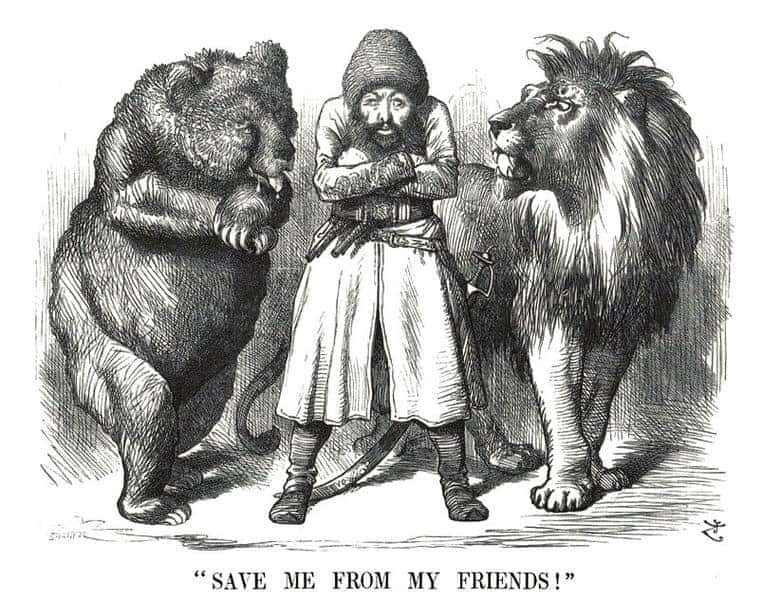 The British weren’t the first, nor the last European nation to participate in the Atlantic slave trade. Nor was England the only nation of the British Empire to participate. The first British ship to transport slaves was captained by John Hawkins during the reign of Elizabeth I in 1562. There were no English colonies in North America at the time, Hawkins sold the Africans he had captured or purchased to the Spanish colonists in the New World. Over the next six years, he made six such voyages, from England to the African coast, whence to the Spanish possessions, and then back to England.

Hawkins’s profits were enormous, a fact noted by other English merchants and trader-captains, and the Spanish appetite for forced labor ensured paying customers. Gradually slavery took hold in the British Colonies in America, notably in Virginia beginning in 1619. As the British gained possessions in the West Indies, sugar cane became a valuable crop. The merchants added another leg to the voyages. Ships left England laden with goods to pay for the Africans, transporting them to the sugar plantations. There they were exchanged for sugar and molasses. The molasses often was shipped to the English colonies, where it was exchanged for tobacco and other products of the growing English settlements, which were returned to England. The ships dispatched from the ports of the Empire never sailed with empty holds.

Trading stations were established on the African coast and the British ships acquired their cargoes by trading for them, usually with other African Chieftains who captured members of rival tribes and villages. By the 1700s specially designed slave ships were being produced by British shipyards. These vessels had maximized deck space and smaller holds, designed to carry human cargo lying on the deck. The voyage from the African coast to the Americas or the Caribbean was known as the Middle Passage and took weeks depending on the winds and weather.

In 1672 the Royal African Company was chartered and London acquired a monopoly on the British slave trade. The loss of the highly lucrative trade caused Bristol and Liverpool to lobby for the charter to be amended and it was in 1698, allowing smaller British ports to participate. There was competition from merchants in other countries but by the end of the French and Indian War in North America, British ships carried more than half of the 80,000 Africans transported across the Atlantic to slavery each year. Some British ship owners realized profits of more than 50% for each voyage. Nearly half of the textiles produced by the British city of Manchester were destined to be used as barter for slaves on the African coast.

The money realized from the slave trade was used to establish the Bank of England by merchants and landowners made wealthy from their involvement. The British Empire abolished the slave trade and used Royal Navy’s ships to discourage smuggling beginning in 1807. Slavery remained in place throughout the British Empire until the 1830s, when it was finally abolished. During the British Empire’s participation in the slave trade, an estimated 11 – 12 thousand ships departed from British and other Empire ports for the purpose of carrying slaves to the British possessions in North America, as well as to Spanish and Portuguese colonies during times of peace.

The British Expedition in Tibet

In 1903 the British used the British Indian Army to invade Tibet, then ruled by China, to enforce their demands regarding the border between Sikkim and Tibet and to receive assurances from the Dalai Lama and Chinese government that Tibet would not be placed under the influence of the Russian Empire. The reasons for the invasion were based on rumors that the Chinese intended to allow the Russians to occupy Tibet, which had no basis in fact. The British had recently acquired Burma and Sikkim (which bordered Tibet) through military conquest and wanted to ensure that the Russian Empire’s interests in East Asia were held at bay.

In the summer of 1903, the Russian government informed the British Empire that it had no interest in Tibet, but the British preparations for the invasion were well underway, and they saw no reason to call it off. This was in part a response to the decision of the Dalai Lama not to negotiate the border with Sikkim with British officials in India. British army officer Francis Younghusband was placed in command of the expedition. In December 1903 the Tibetans discovered some Nepalese yaks that had strayed over the border into Tibet, and they sent the animals and their drovers back to Nepal. To the British, this was a sufficient provocation to invade.

The expedition was undertaken by units of the British Indian Army, which carried modern machine guns and repeating rifles. They were opposed by Tibetan militia, armed with muzzle loading matchlock muskets of ancient vintage, and amulets which their priests had assured them would protect them from harm. When the advancing British encountered about 3,000 of the Tibetans who were blocking the road but refused to either move or open fire, they used a feint to induce a shot from the Tibetans and then opened fire, continuing to fire and advance as the Tibetans fled, following the urging of one British officer who told his men to “â€¦bag as many as possible.” Over 700 Tibetans were killed, the British had twelve wounded.

When word of the massacre reached England the public reaction was dismay, and the government remained as quiet as possible over the event, which had been witnessed by several reporters. The Expedition reached Chang Lo and went into garrison to await representatives from the Dalai Lama. The Tibetans attacked the garrison and were repulsed. This was received in London with alarm and additional troops were dispatched to support the expedition. As the British Indian Army moved through Tibet its troops looted and pillaged, which though banned by the rules of warfare under the Hague Convention was largely ignored by the Expedition’s officers.

The Expedition came to an end when the representatives of the Dalai Lama (who had fled to China) were forced to sign the terms dictated by Younghusband, which included the Tibetans paying an indemnity for the privilege of being invaded by the British, and a proviso that Tibet could not establish diplomatic relations with any other foreign power, making Tibet a protectorate of the British Empire. The treaty was later amended through a treaty between Britain and China in which the British agreed not to annex Tibetan territory in exchange for cash from the Chinese Qing Dynasty. Despite the receipt of the payment, British Indian Army troops continued to occupy parts of Tibet until 1908.

The Partition of India

In the 1940s, following the end of the Second World War, the Empire which Winston Churchill had fought so hard to preserve began to crumble. England no longer had the resources to control its Empire and nowhere was this more evident than in India, which rapidly descended into horrific religious and ethnic violence. Realizing that it was rapidly becoming impossible to maintain any semblance of order in what had once been considered the Jewel of the Imperial Crown, the British decided to grant independence to India by first partitioning it into a pair of dominions, Pakistan and India.

The British tried to make their action appear as a noble and well-planned exit strategy. In fact, it was a rushed departure with their proverbial tail between their legs. Hindu and Muslim sectarian violence was out of control. When Lord Mountbatten arrived to finalize the negotiations which created what became known as the Partition of India one of his first announcements was one which accelerated the British departure by ten months. Mountbatten’s announcement gave the British official charged with developing the new border between the two nations, Cyril Radcliffe, forty days to complete his task.

As they worked, violence in Lahore, a city in the Punjab province which would become part of Pakistan, led to the deaths of thousands of fleeing Hindus. British officials leaving Lahore saw dead Hindus on the railway platforms, killed as they were waiting for a train to escape to what would become the Dominion of India. Officially the British Raj was still the governing body of the region but it did little to stop the violence. Instead, it destroyed documents that recorded many of the British activities in India under the Raj Government and fled. Similar unrest occurred in Delhi, as Muslims fled to what would become Pakistan.

In 1941 Karachi had held a Hindu population which exceeded 47% of the city’s total. By 1950 the percentage of Karachi’s population which were Hindu was negligible. Karachi was the first capital of Pakistan following partition. Delhi saw the opposite. More than 200,000 Muslims were forced to leave Delhi as refugees, fleeing to Pakistan by whatever means they could. Across the Indian subcontinent, refugees streamed in opposite directions. What had been Hindu villages in Punjab were burned, forcing their inhabitants to seek shelter while under the attack of extremists. The British accelerated the pace of their withdrawal.

The hastily drawn border between Pakistan and India left the region of Kashmir in dispute between the two nations, and wars have been fought between the two nations created out of the British Empire’s largesse. Wars over the secession of Bangladesh in 1971 and over the Kashmir region of Kargil in 1999 were also a result of the British Empire’s hasty departure. India and Pakistan were officially created at the stroke of midnight on the night of August 14, 1947. The official borders for the two countries weren’t announced until two days later, an indication of the speed with which Britain wished to divest itself of the problem which nearly 300 years of British presence in India had created.

“Raj: The Making and Unmaking of British India”, by Lawrence James

“The Royal Navy and the Battle to End Slavery”, by Huw Lewis-Jones

“The history of British slave ownership has been buried: now its scale can be revealed”, by David Olusoga, The Guardian, July 11, 2015

“In the footsteps of Sir Francis Younghusband’s 1903 invasion of Tibet”. History Extra. February 14, 2017

“The Bloody Legacy of the Indian Partition”, by William Dalrymple, The New Yorker, June 29, 2015

“The Kashmir Conflict: How Did It Start?” by ERIN BLAKEMORE. National Geographic Channel.

“The Cambridge Illustrated History of the British Empire”, edited by PJ Marshall