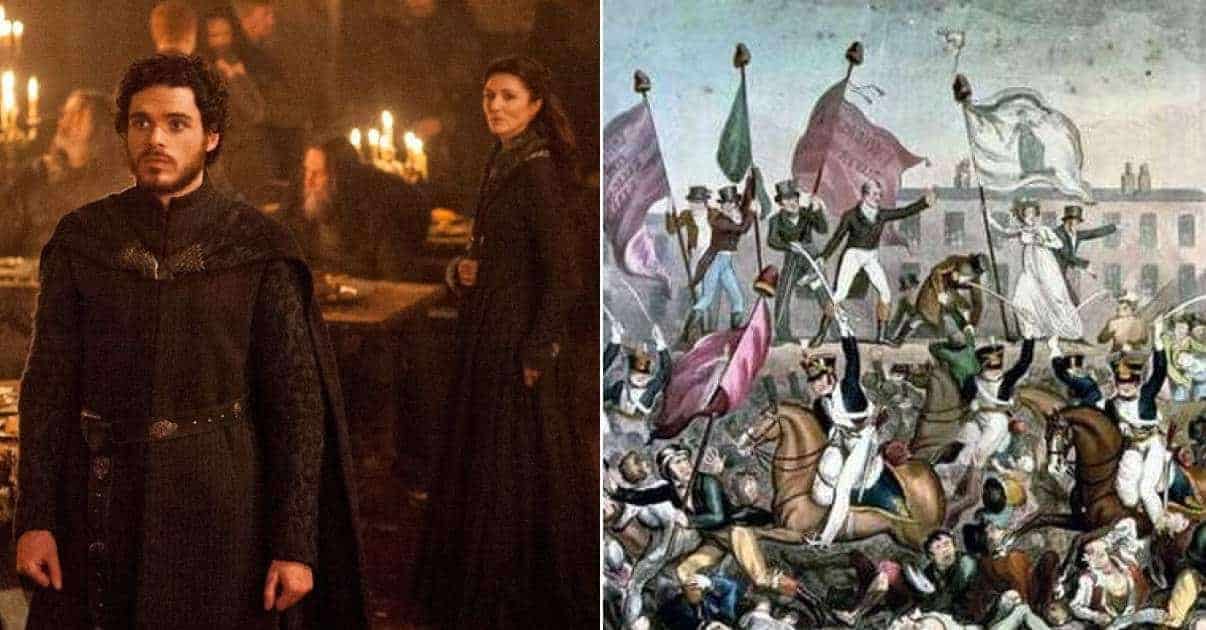 The most recent massacre on our list takes us back over the Irish Sea. The general attitude of the British state towards the Irish people might have changed since the Siege of Drogheda, but extreme brutality has rarely been far away. In the Troubles, the civil war that engulfed the North of Ireland for the latter third of the 20th Century, there was one incident that stands out among all others as the worst excess of the British Army against people who were – theoretically at least – British citizens.

The people of the City of Derry were no strangers to protest: they had successfully ejected the British Army from several areas of the city in 1968. The principle concern of the Catholic majority of the city was the continued domination of the Unionist, Protestant minority over vital issues like housing and infrastructure. Elections in the Northern Irish statelet were gerrymandered so that Protestant votes always carried the day and, inspired by the civil rights struggles in the United States, the people organised their own campaigns for equal voting rights and better housing provisions. It is worth mentioning that, when these campaigns started in 1968, there was little tinge of Irish nationalism or republicanism about the protests: the people of Derry wanted to be treated like everyone else in Britain first and foremost, before any discussion on Irish nationalist politics.

When the civil rights movement had been repelled violently by the police, a military struggle began that escalated and escalated to the point at which the British Army was called into the streets. The Catholic civilians actually welcomed the soldiers, as they were seen as neutral and fair, compared to the Protestant-dominated Police. That did not last. In 1971, internment was introduced for anyone suspected of being a member of a paramilitary organisation, which in practice saw hundreds of Catholic men imprisoned without trial. This swelled the ranks of the paramilitaries further, as well as sparking social struggles such as demonstrations and strikes. It was on one of these protests that our final massacre would occur.
On January 30, 1972, a protest against internment set off from the Creggan, a Catholic district of Derry. It was over ten thousand strong and headed for the city centre, but was stopped by Army barricades. The march redirected towards the Bogside, another Catholic area, but a group peeled off and began pelting the soldiers with stones. The Parachute Regiment, the soldiers in question, responded with tear gas, water cannons and rubber bullets. This was a relatively normal scene in protests in Ireland. What was to follow was not normal.

A group of soldiers in a nearby building opened fire on unarmed civilians, hitting two. The Paras then attempt to arrest several protesters by forcing their way into the Bogside, knocking several over with their armoured cars and assaulting anyone they caught. They later shot and killed people near a barricade that had been erected, including shooting people in the back who were fleeing from the scene. Within ten minutes, 26 people had been shot and 13 lay dead. Most were teenagers.

Don Mullan, who was a young boy at the time, remembered:

“The riot that ensued by Bogside standards, particularly when you compare it to the Battle of the Bogside in 1969, was quite minor. One feels if it had been allowed to peter out as the evening came on then the atrocity that followed would never have been…I reached the barricade and I remember one paratrooper, probably only about 20 or 30 yards away from me standing in the middle of Rossville Street. He had a rubber bullet gun and he fired that towards barricade. And then I remember another paratrooper diagonally across the road from me, in a kneeling position, his rifle aimed.

“At that stage I had a sense this was more than a snatch squad. And then the unmistakable crack of high velocity SLR rifles began to pierce the air. Literally two and a half feet from me I heard one young man cry out and he was Michael Kelly and he fell to the ground. At that point things become quite confused in my mind. There was a lot of panic and a lot of fear. I can recall a bullet hitting the wall above my head, quite high above my head. At that stage I came to my senses and began to run.”

The events of Bloody Sunday were initially covered up by the British state, with all present telling an inquiry that those that they shot were armed. It took until 2010 for the United Kingdom government to apologise for the massacre and to accept that their soldiers had been in the wrong.