An Uncertain Future: 8 Facts About the Korean War and its Continuing Impact on the World 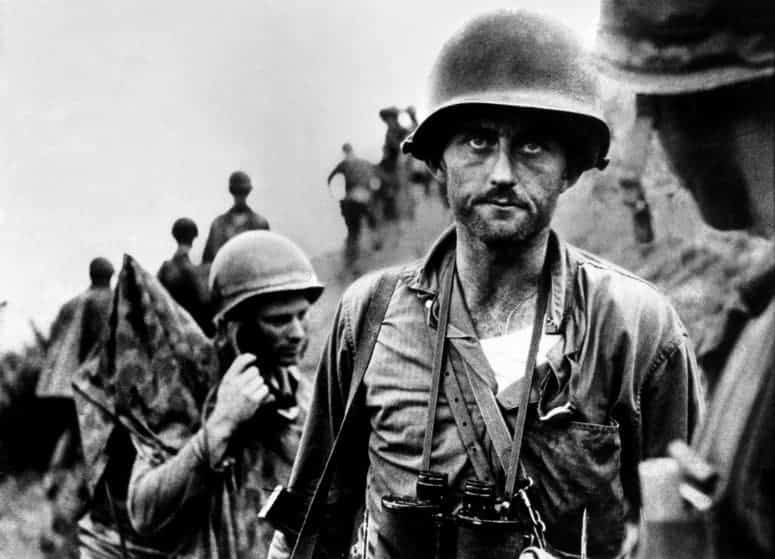 An Uncertain Future: 8 Facts About the Korean War and its Continuing Impact on the World

For most people the Korean War begins in 1950 and ends in 1953. The truth is much more complicated. In 1953, North Korea, South Korea, the Soviet Union, China, and the United States (acting as representatives of the United Nations Command) signed a temporary cease-fire agreement. As part of the agreement it was promised that a peace treaty would be signed. To this day that peace treaty has yet to be signed.

The failure to sign a peace treaty might not seem like a big deal when the major players in the war have pulled out and the ceasefire still stands. But without a peace treaty both sides remain at war and that gives the governments of North and South Korea more power in controlling their people. To this day there are families torn apart by a border that they cannot cross and people in North Korea find themselves prisoners in their own country.

The fact that the two sides are still at war gives Kim Jong-un the excuse and the power to continue to divert massive amounts of resource toward building up the country’s military. The North Korean government has even admitted that the war has forced them to divert mass amounts of human and material resources toward building up the armed forces rather than on economic development.

Life is different in South Korea, where there is development and relative stability. There has been political turmoil in the country as of late but most people remain optimistic. Even as their closest neighbor makes threats and shows of force, the people of South Korea go about their daily lives with little fear of North Korea. For them it has been 60 years of saber rattling by the North Koreans and there has been no war to show for it.

The U.S. Dropped More Bombs on Korea than in the Entire Pacific During WWII

The United States was willing to unleash the fury of their entire military on North Korea in order to win the war. That included an enormous number of bombs. Over the course of the war 635,000 tons of bombs were dropped on the 45,541 square miles of North Korean territory. By contrast, 504,000 tons were dropped by the United States during the entire Pacific Theater of WWII.

The bombings devastated the country, and even without the resources currently devoted to the military, it would have been a massive blow to overcome. Estimates put the death toll from the bombs at 12 to 15% percent of the population of the country. Air Force General Curtis LeMay, head of Strategic Air Command during the Korean War, put the death toll even higher, at 20%.

But it was not just the loss of life that devastated the country. Entire cities were bombed to the ground and napalm was used on villages and towns. When it became harder to find suitable urban targets, the bombings turned to hydroelectric and irrigation dams in order to flood the farmlands and destroy what crops the North Koreans had. This was coupled with bad weather that nearly collapsed the entire economy of the country after the war.

The bombing and the subsequent devastation left by the United States during the war continues to fuel the hatred and animosity of the North Koreans today. They blame the United States for their current struggles and for the millions of lives that were lost in the war. It is estimated that half of all deaths during the Korean War were civilians.

The War Might Have Started with a U.S. Army Sergeant

Stalin had wanted to push a war in Korea but he did not want an all-out war with the West. He waited until the United States had completely pulled out of South Korea before considering a move in Korea. Stalin also wanted to be sure that the Chinese would be willing to come to the aid of Korea if war happened.

The tide of the war supposedly changed when the KGB got hold of an American code-breaker who was working in the U.S. Embassy. Sgt. James “Mac” MacMillan was a U.S. Army code clerk at the U.S. embassy in Moscow, and the KGB learned that he had started dating a Soviet woman. KGB agent Sergei Kondrashev was given the assignment of convincing MacMillan to tell the KGB everything he knew.

MacMillan was pretty easy to turn. Just a few weeks after meeting with Kondrashev, he defected to the USSR in return for an apartment and money to start a new life with this Soviet girlfriend. But he knew very little about codes and wasn’t helpful, except in helping the Soviets identify which people leaving the embassy were code clerks. Once they knew who to look for, the KGB was able to locate and turn “Jack,” a code clerk who gave them the information they needed to create their own American code machine in 1949.

With the newfound ability to read American communications, Stalin believed he had found a way to advance his own goals while avoiding all out confrontation with the United States. From what he intercepted about troop movements to Japan and the perceived lack of importance of Korea, he thought the Americans would not fight hard for the country. With that information, he finally gave North Korean leader Kim Il-Sung the support he had been asking for in order to invade South Korea.

General MacArthur Was Fired For Escalating the War

When war broke out in Korea there was little question over who would be sent to help lead the charge. General Douglas MacArthur was skilled, battle hardened, and had proved himself in the Pacific Theater during World War II. The UN asked the American government to pick a leader for the United Nations Command in Korea, and the Joint Chiefs unanimously picked MacArthur.

At first, President Truman was willing to defer to MacArthur. The General planned an amphibious landing at Inchon which proved to be successful, allowing them to recapture Seoul. The initial success of MacArthur led to Truman awarding him his fifth Distinguished Service Cross in October 1950. It was during this meeting that Truman questioned MacArthur over concerns of the Chinese threat if they pushed too far into North Korea. MacArthur dismissed those fears.

By November 1950 there were rumors that the Chinese had entered the fighting, but MacArthur, after flying over the front lines, believed that there wasn’t a significant number of Chinese forces and decided to push forward. He was mistaken, as the Chinese troops were hiding during his flyover. On November 25, 1950, the Chinese Army attacked and the UN forces were forced to retreat.

When MacArthur regained the upper hand, Truman saw an opportunity to negotiate a peace settlement. However, MacArthur called China and urged them to admit defeat. He also wrote a letter to the House of Representatives detailing the need for all-out victory in Korea. Truman then relieved MacArthur of duty in Korea. Truman would later say that he fired MacArthur for refusing to “respect the authority of the President” and that he would have fired him “for being a dumb son of a bitch” but that that was not against the law for Generals.

North Korea Built One of the Largest Militaries in the World

North Korea never stops funneling money into its military, no matter how much their people suffer because of it. There are no public records that reveal how much money the North Korean government spends on the military, but the state claims it is 15.8%. Many believe that this is far below the actual number and put the real percentage of military spending in the government budget at 25% to 38%.

Military training is mandatory for all men in North Korea and there are anywhere from 1.5 million to 6 million men ready to fight at a moment’s notice. All men in the country are required to serve ten years in the armed forces once they turn 18. The age used to be 13, but it was recently raised. Women are also forced to take part in military service once they turn 18, but they are only forced to remain until they turn 23.

But it is not just manpower that the North Korean military has in large supply. They also have the same number of submarines as the United States military, which spends more money on its military force than any other nation in the world. Current estimates of the strength of their military credit the North Korean army with 4,100 tanks, 6,500 artillery guns, 1,000 planes, and over 2,000 rocket launchers. Most of the equipment is old, poorly maintained, and does not have the required fuel to function, but it is still unheard for a small country to have such a large military arsenal.

The North Korean army is shrouded in secrecy, but what is known is startling. There is a chemical weapons division, but no one knows what weapons the unit may or not may not have, or what it may be trying to develop. North Korea also continuously threatens that they have advanced nuclear weapons, even going as far as to display nuclear suicide bombers. Though the backpacks emblazoned with the nuclear symbol appear frightening, most believe that North Korea is not capable of such technology.