Tragedy and Honor: 10 Details You Didn't Know About the Life of a Kamikaze Pilot 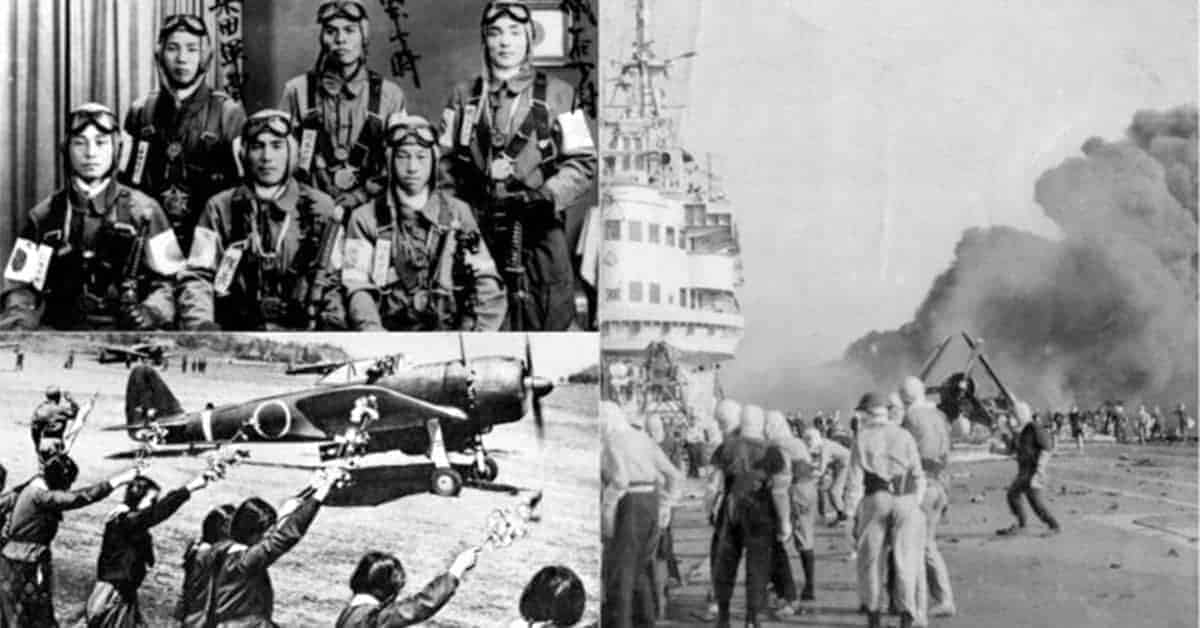 Tragedy and Honor: 10 Details You Didn’t Know About the Life of a Kamikaze Pilot

Before Taking Off, Kamikaze Pilots Would Have a Ceremonial Drink

Before boarding their planes, kamikaze pilots would line up and have one last drink in a special ceremony- they would be given either sake or water. This particular routine would give the pilots a bit of liquid courage before they embarked on their final mission in this life.

One surviving kamikaze pilot tells of the day he took the drink and his plane took off:

As Keiichi Kuwahara flew out to sea he gazed back with tear-filled eyes towards Japan and the homeland he never expected to see again. On May 4, 1945, he was headed for Okinawa and his mission was clear – crash into an enemy warship, killing himself along with hundreds of troops who were coming to invade his country. “They didn’t need to tell us what to do because we knew. It was simple. We had to get in a plane and crash into a target. I kept looking back, thinking it was the last time I would see the land. As I did the sun came up and made the horizon shine light pink. I thought â€˜I have to go in order to defend this beautiful land.’ ”

Kuwahara says: “I struggled to convince myself I had to die. I thought my death would be pointless. Even if Japan won the war my family would die in the gutter because I would not be there to support them. It tormented me. I felt as if I was losing my mind.

“We were told that rather than accept defeat we should offer our lives. There was no choice. We had to follow orders when push came to shove. But we didn’t wish for death.”

But his engine failed, forcing him to crash land. A week later mechanical problems forced him to abort his second suicide mission. His relief at surviving was outweighed by the fear he had dishonored his family and how he would be treated by the other pilots when he returned.

The following day his kamikaze unit was disbanded. Wracked with guilt that he survived while so many of his friends died, he still lays flowers every year for the kamikazes who died. (Mirror)

Kamikaze Pilots Believed They Would Meet Again at the Yasukuni Shrine

A kamikaze pilot would take off the day of his final mission, his forehead wrapped with a headband sporting the rising sun. This headband was made by a thousand women in Japan and served as part of the ceremony before departure.

The origin of Yasukuni Shrine is Shokonsha established at Kudan in Tokyo in the second year of the Meiji era (1869) “by the will of Emperor Meiji”. In 1879, it was renamed Yasukuni Shrine. This was to be the earthly resting place of those who died in the service of emperor and country. Currently, more than 2,466,000 divinities are enshrined here at Yasukuni Shrine.

These are souls of men who made ultimate sacrifice for their nation since 1853 during a national crisis such as the Boshin War, the Seinan War, the Sino-Japanese and Russo-Japanese wars, World War I, the Manchurian Incident, the China Incident and the Greater East Asian War (World War II). Kamikaze pilots believed they would be reunited at this shrine and their spirits would be at peace for eternity.

Today, the shrine memorializes all those who sacrificed their lives to protect their Emperor and country. Young pilots are depicted in gleaming oil painting and bronze statues- but the shrine does not mention any context in which their lives were lost. Their images sit there among the others who gave their lives; peacefully silent for eternity.