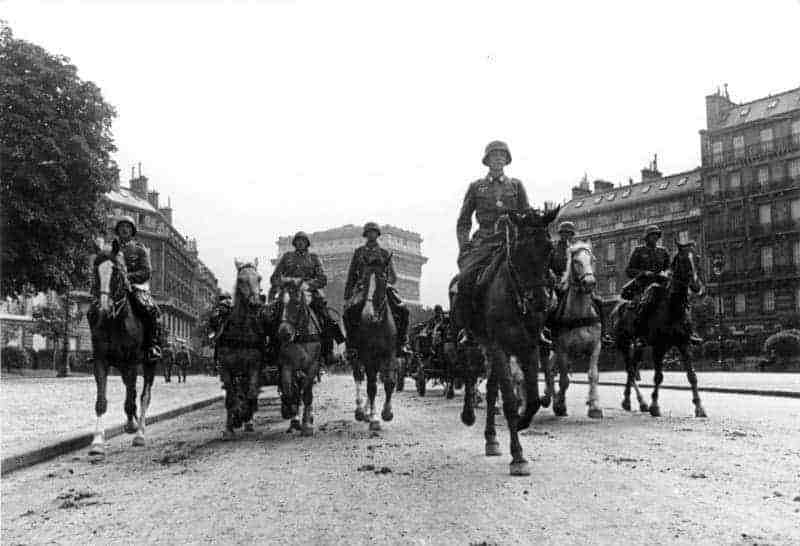 France and Britain declared war on German after Hitler had ordered his army to invade Poland. For some months, there had been a ‘Phony War’. This was when both the German and the Allies faced each other across the border and there was little fighting.

However, in the Spring of 1940, all of this changed. The German army with their Blitzkrieg tactics swept into western Europe. In a daring attack, they outflanked the French Maginot Line and drove deep into French territory. The Germans defeated the French and forced the British to retreated and they had to be eventually evacuated from Dunkirk.

By June 13th, the German advance units were on the outskirts of Paris. The French army was too disorganized to defend the capital of France and the French Empire.

Prime Minister Winston Churchill had begged the French to make a stand before Paris, just as they had done in 1914. On that occasion, the French had beaten the Germans back at the Battle of the Marne. However, in 1940, the French army had totally collapsed. Later many accused French generals of treason and of cowardice.

Churchill told the French Premier to hang on as he expected the Americans to enter the war at any moment. However, the French government like the army was in disarray and many favored surrendering or some form of an armistice.

On the morning of the 14th of June, Parisians woke to the sights and sounds of the German army marching through their city. Loudspeakers were set up around the city and they announced that there was going to be a curfew that night in Paris.

As the German tanks rolled into the city, many more citizens fled into the countryside. It was estimated that some 2 million Parisians had already left the French capital. The city was eerily quiet and the remaining citizens were fearful. There was no opposition to the entrance of the Germans into the city. It appears that many Parisians were in a state of shock. The Germans army was disciplined and respected the lives and property of the citizens of Paris. They had expected some resistance and many of them were surprised that they had taken the city so easily. For days after they made their way warily through the city for fear of snipers.

Almost immediately the German secret police, the Gestapo had started arresting anyone they believed could resist them in the future, especially Communists. The Nazi occupiers immediately took over government buildings and demanded the obedience of the citizens. German military units patrolled the streets. By the evening of June 14th, a giant Swastika flag was draped over the Arc de Triomphe, as a symbol of German mastery of the French capital. Hitler later visited Paris, after the French government had officially surrendered.

Paris was not liberated until the summer of 1944. For four years Paris was occupied by the Nazis.

History Today – A History of the French Resistance

National Interest – “Is Paris Burning?” How the Allies Liberated the City of Light from Nazi Rule