Siege of Rome: Goths Attack The Praenestine Gate During The Siege Of Rome 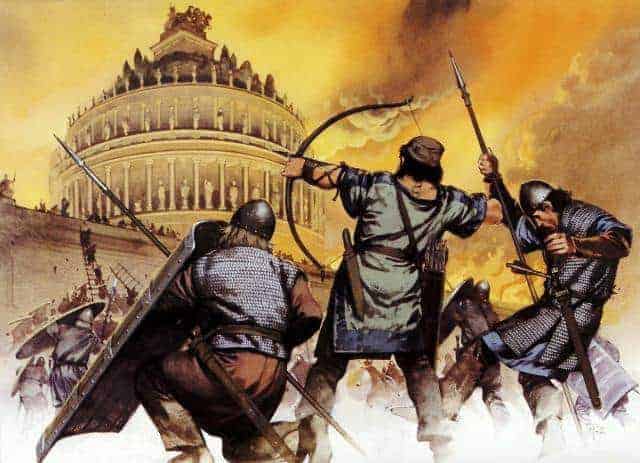 Today In History: Goths Attack The Praenestine Gate During The Siege Of Rome (537)

The siege of Rome lasted a full year and nine days. The Ostrogothic army, led by Vitiges, was overrunning the city through various attack strategies, such as the simultaneous assaults carried out on the north and western side of the city. On this day in 537, fighting was especially fierce around the Praenestine Gate, known as the Vivarium.

The Vivarium was used for housing wild animals used at the Colosseum and other entertainment venues. During the siege of Rome, it was vulnerable to the Goth attack, mostly because the fortifications were low. Defenders under the Byzantine generals Bessas and Pernius had a dire mess on their hands.

Both were seasoned soldiers. Ironically, Bessas was of Gothic origin. How he came to fight against the Goths during the Siege of Rome was the consequence of being an excellent soldier. Early in life he joined the Imperial Army and stood out when fighting against the Sassanid Persians and in the Iberian War. This eventually got him appointed as lieutenant under Belisarius.

Belisarius arrived just before the Goths successfully broke through the wall. He quickly ordered his men to act before the Goths had time to organize themselves in formation. Amid the chaos, Belisaruis’ men stood a hard line of defense and were able to push the Goths back. At the same time as the Roman soldiers at the Salarian Gate, they set fire to the Goth siege engines, used for circumventing high walls, thus making the first Goth attempt to lay siege to the eternal city an utter failure.

Also Read: The Last Days of Rome: How A Great Empire Fell With Barely a Whimper.