Today In History: The First Siege of Rome Begins (537) 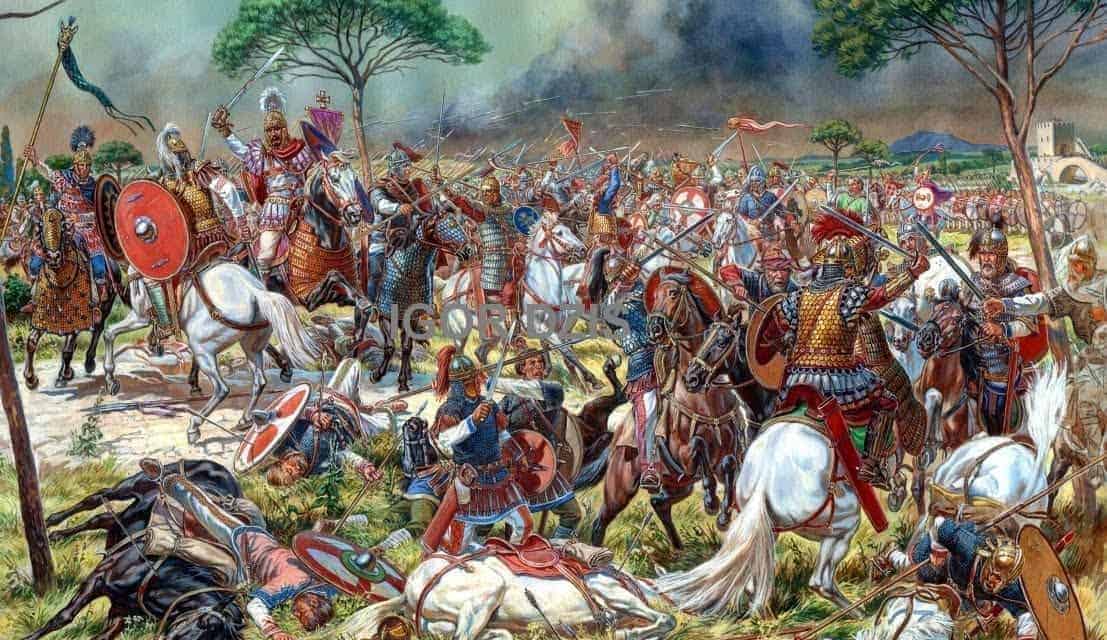 Today In History: The First Siege of Rome Begins (537)

This day marked the beginning of the Gothic War from which the First Siege of Rome emerged. The siege lasted just over one year, beginning on March 2, 537, and ending March 12, 538.

An eastern branch of the Ostrogoths had been conquering the Kingdom of Italy since 493, and as a result had established a kingdom of their own within the Italian territories. The Eastern Roman Empire declared war on the Ostrogoths in 535 with the hope of restoring and stabilizing former western provinces of the Roman Empire.

The Eastern Roman Emperor Justinian had sent troops into various regions, but often they ran into a lot of resistance. The Ostrogoths had amassed a large military that far outnumbered the Eastern Roman might. The two sides basically spent years with one side conquering a region only to lose it and again retake possession of it. This went on for years at a great expense: the once populous areas were vacated as civilians became fed up with the perpetual warring. The situation tempered only after the leader of the Goths died.

The siege unfolded in a sequence of phases. A small force led by Belisarius had its sights set on Ravenna, but was not able to reach the village because Ostrogoth forces proved to be too plentiful. Belisarius anchored his troops in Rome and began restoring the city while preparing for a counterstrike by the Ostrogoth forces who were on their way.

At first, the citizens of Rome engaged themselves in helping Belisarius with his efforts, but as time passed and the plight of their situation became more clear, many were more keen to express their unhappiness than help. Even Belisarius’ troops grew more uncertain as the distance between them and the moment of the Ostrogoths arrival grew closer.

By the time the Ostrogoth army arrived in Rome, they entered the city with surprising ease. Just after crossing the Anio river, they found no Roman forces defending the Salarian Bridge.

Belisarius was not aware his forces had mostly abandoned their posts. Thinking they were still there, he led himself and his remaining troops to a slaughter. The Ostrogoths did not hesitate to use brutal force against the few remaining troops. Belisarius lost most of his men and nearly his own life.

If not for the size of the city, the Goths would have seized Rome in its entirety. As they were not able to, they decided to stop the flow of food into the city until all those remaining inside were starving. In addition, they stopped the water flowing into Rome by altering the aqueducts. Not having access to water, they took out the gristmills and the ability to process grain for making bread.

Belisarius managed to overcome some of the Goth obstacles, but only in limited ways. For instance, water from the Tiber River could be used for the gristmills, but not enough to return bread production to its normal output.

The Goths were not able to fully take possession of the city, and while trying began to weaken. Troops were succumbing to disease and famine on both sides. During this time, the Romans were about to gain an upper hand, and eventually recovered the city of Rome in full.