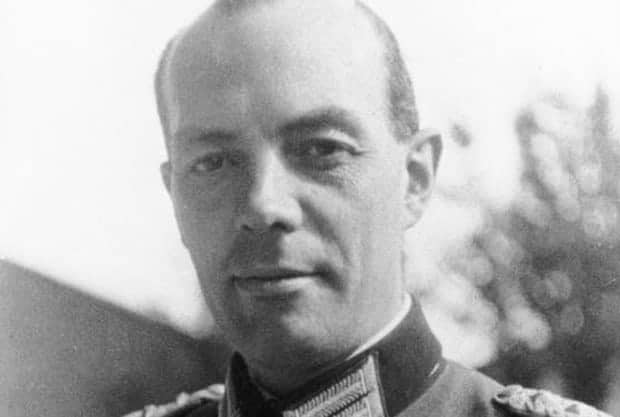 On this day in 1943, German-born Nazi soldier Rudolf Freiherr von Gersdorff carried out an elaborate plan to assassinate Adolf Hitler while he was visiting an armory in Berlin in order to examine intercepted Soviet weapons. Gersdorff was born into an aristocratic military family; he worked his way up the ranks, first serving as an officer cadet until eventually becoming a cavalry captain. As a weapons expert, he was called on to guide Hitler through the former Soviet arsenal.

Gersdorff knew having a legitimate reason to get in close proximity to the Nazi leader made an assassination attempt plausible. His plan was to detonate two bombs, each hidden in one of his pockets. After the fuses were ignited he had ten minutes before they would explode. He wanted to grab Hitler and embrace him as the devices went off. While the plan was nearly 100% foolproof, there was room for error. Not calculated into the scheme was how to speed the assassination process up if for some reason the tour of the weapons stash did not last for ten full minutes.

Hitler sped through the tour before the bombs had a chance to detonate. Gersdorff was then forced to make a mad dash for the toilet, where he was able to covertly detonate the bombs. the stint went undetected.

After the thwarted attempt, Gersdorff was assigned to supervise the construction of mass graves that came into existence following a series of mass executions by the NKVD (People’s Commissariat for Internal Affairs – a clandestine Soviet police organization). The NKVD held hoards of Poles in camps where they were subjected to ongoing interrogations meant to determine whether a person had a pliable disposition and could easily assimilate to Soviet ideologies. If not, they were killed.