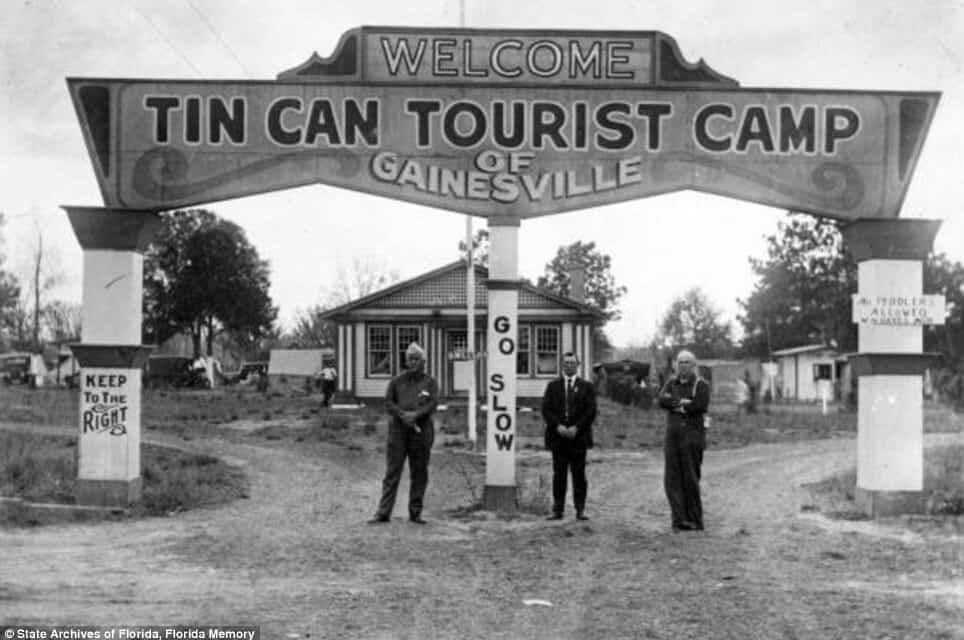 From the east coast to the west, and at hundreds of stops in between, Americans enjoyed amusement parks in 1921. They bore little resemblance to the successors which exist a century later. Rides were more sedate, funhouses and sideshows predominated, and they resembled county fairs in many cases. Some became nationally well-known, such as Hersheypark in Pennsylvania, Cedar Point near Sandusky, Ohio, and Cincinnati’s Coney Island. The latter used the Ohio River to provide the water for numerous water slides and offered steamboat excursions to and from the city’s Public Landing for patrons. Resort hotels and campgrounds surrounded many of the parks, catering to the out-of-town trade.

The 1920s saw a boom in the construction of roller coasters in many of the parks, with competition for the highest crest, the steepest plunge, and the fastest speed. Nearly all were built with wood. One, named simply Roller Coaster, which first opened in 1921 at Lagoon, remains in operation today. Lagoon, located north of Salt Lake City near Farmington, Utah, also offered horse racing in 1921, as did several other amusement parks. The combination of amusements offered by nearby water in which to frolic, rides and funhouses, picnic areas, and gambling, enticed Americans to amusement parks throughout the country in the 1920s, with the largest becoming tourist meccas.

Films of the silent era created a new type of celebrity, the movie star. Up until the arrival of film, actors and actresses were generally regarded dimly in the United States. Acting, especially for women, as a profession carried the taint of amorality, especially across the American South and Midwest. New England, with its long history of Puritanism, largely frowned on actors and the theater as well. Motion pictures began to change attitudes towards the profession in the 1920s. Movie stars such as Clara Bow, Lillian Gish, Charles Chaplin, Fatty Arbuckle, Douglas Fairbanks, Laurel and Hardy, and scores of others became national and, in some cases, international celebrities.

Tourists in 1921 and throughout the ensuing decade (and the years since) began to flock to Southern California to visit Hollywood. Motivated by the desire to see the flickering images on the silver screen in person, they purchased maps which marked the locations of their idols’ homes. Guided tours of areas where the stars lived, as well as of the studios in which they worked, emerged, popular among film fans. The great Hollywood sign did not exist in 1921, but the area already served as a magnet for a star-struck tourists, as well as for aspiring actors and actresses. California’s welcoming climate and other attractions led many to stay there.

Luray Caverns in Virginia, Mammoth Cave in Kentucky, Ohio Caverns in Ohio, and numerous others, particularly in Appalachia, became popular tourist destinations in 1921. Once again, the automobile played a role in their increased allure, making them more easily accessible. Most are operated privately, with guides provided by the owners. In Kentucky, beginning in 1921, competition between owners for tourists’ money led to a period known as the Kentucky Cave Wars. Unscrupulous owners hired men and boys called Cappers. The Cappers encountered tourists and misled them into believing their destination cave was closed, offering directions to the caves owned by their employer. Mammoth Cave, at one time, participated in the cave wars.

For most of the 19th century, visitors to Hawaii consisted of merchant seamen, fishing vessels, and occasional notables interested in the islands and their people. Among the latter was Mark Twain, who arrived at the islands in 1866 while working as a reporter. Twain’s visit, intended to be about four weeks in length, lasted for over four months. For the rest of his life, he spoke and wrote of the islands in glowing terms. Yet tourism to the islands lagged. Accommodations were scarce, and that available was expensive. A trip by steamship from San Francisco took about a week. Only the wealthy could afford the time and expense of a journey to the islands.

In 1921, just under 9,000 tourists arrived at the islands. For the remainder of the decade, the number increased every year, as it did up to the months before the Second World War. Tourism in Hawaii didn’t really become a major industry until the advent of the jet age in the 1950s. But for those who could afford it, the islands were a popular destination in the 1920s, where they vacationed in luxury and in far less crowded conditions than most resorts in the United States. By 1927 the number of vacationers visiting Hawaii each year justified the opening of the Royal Hawaiian Hotel in Waikiki, an icon which earned the nickname, The Pink Palace of the Pacific. It contained over 400 rooms, each with private baths and balconies, and swathed its guests in luxury.

In 1921 resorts dotted the Catskills and Adirondacks of New York. They consisted of luxury hotels, bungalow camps, and catered boarding houses offering entertainment. Many discriminated against Jews, including openly refusing to admit Jews in their advertisements. The discrimination led to Jewish-owned resorts and hotels, many of which offered religious services as well as kosher foods, and attracted popular entertainers from the New York scene. The number of such establishments grew from the early years of the 20th century, with so many operated by descendants of Russian and other East European Jews the region became known as the Borscht Belt.

Miami Beach was incorporated as a city in 1915, already a destination for visitors from the North during the winter months. Several enterprising citizens of the region envisioned the city as a tourist resort in the early 20th century. James Allison and Carl Fisher, magnates who made a fortune in the automobile industry through the manufacture of sealed-beam headlights, envisioned a world-class aquarium in the city. First though, they addressed the scarcity of hotel rooms in the region through the construction of the Flamingo Hotel, expressly designed to cater to the rich. When construction costs exceeded the budget in the first decade of the 19th century, Allison withdrew from the project and turned his attention to his aquarium.

Allison drew advisors from diverse sources, including the Smithsonian Institution, the National Geographic Society, and the United States Commissioner of Fisheries. His aquarium catered to both tourists and marine wildlife professionals. The aquarium opened on New Year’s Day, 1921; the Flamingo Hotel opened to celebrate New Year’s Eve the night before. Both were immediate successes. Miami Beach quickly developed the reputation of being a playground for the wealthy, drawing residents for the winter months which included the famous and the infamous. In April 1921, state and federal agents raided the aquarium and found over 2,400 bottles of illicit liquor, delivered by boats which routinely arrived to deliver tropical fish and other specimens. Like most tourist meccas in 1921, the availability of imported booze added to the appeal of the destination.