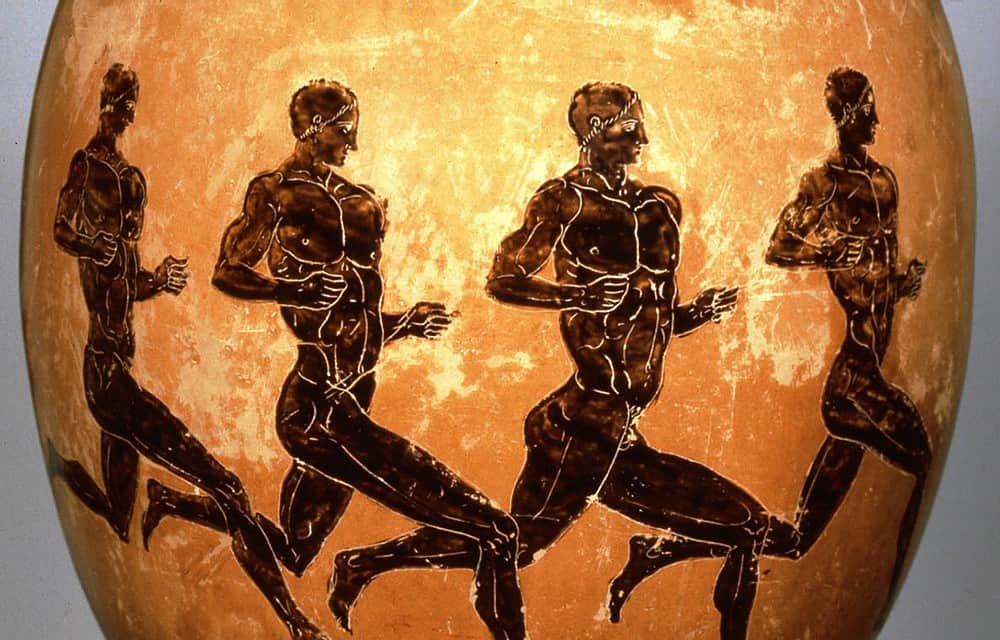 6. The Ancient Greeks Sometimes Got Carried Away With the Applause

Draco’s legal reforms were a huge step towards equality under the law. The downside is that his laws were insanely severe and highly favorable to creditors and the propertied classes. Debtors who defaulted could be sold into slavery, and those who committed petty offenses, as trivial as the theft of cabbage, were liable to the death penalty. When asked why he legislated death for most offenses, Draco replied that he considered the petty crimes worthy of death, and he could not think of a higher penalty for the greater offenses. Whatever the poor and indebted might have thought, wealthy contemporaries liked Draco’s laws.

So much, in fact, that they reportedly killed him with applause. Literally. Ancient Greeks showed their approval by throwing hats and items of clothing at an object of adoration, and during a visit to Aegina, its citizens showered him with so many hats and shirts and cloaks that he suffocated to death under the barrage. Whatever praise he might have earned in his lifetime, Draco’s laws were eventually viewed as intolerably harsh by the Athenians. In 594 BC, they turned to another lawgiver, Solon, who repealed Draco’s laws and replaced them with new and somewhat more humane ones.

5. The Philosopher Who Died From Laughter

Of the many ways to shuffle off the mortal coil, death from laughter is probably among the better ways to go. If it was ever offered as an option, odds are that many would prefer to spend their last moments on earth laughing. One such fortunate who died from laughter was ancient Greek intellectual Chrysippus (circa 279 – circa 206 BC), one of the most influential men of letters of the Hellenistic era. Although he might disagree with the adage “Laughter is the best medicine“, seeing as how laughter killed him.

Chrysippus was born in Soli, near today’s Mersin, Turkey, and was an athlete in his youth, dedicated to long-distance running before he turned to philosophy. As a philosopher, he greatly influenced Stoicism, and later Stoic philosophers credited him with laying much of the groundwork upon which they built. He also did much to shape intellectual landscape of his era’s Greeks by offering alternatives to the theories of Plato and Aristotle. Despite all that, he is probably best known as the philosopher who laughed himself to death.

4. Laughter Was Certainly Not the Best Medicine For This Ancient Greek Philosopher

Chrysippus moved to Athens, where he studied Stoicism under Cleanthes, head of the Stoic School, and became the school’s most gifted student. When Cleanthes died, Chrysippus succeeded him as head of the establishment. He was a prolific writer who wrote over 700 books, and although no full treatise remains, fragments of about 475 of his works have survived. They include summaries and critical evaluations of the Hellenistic schools, and it is mostly from those sources that scholars have assembled the materials for a coherent picture of Stoic philosophy and philosophers.

However, Chrysippus was not just about egghead pursuits. He liked to party, and partied hard, well into old age. When he was around 73-years-old, he got drunk at a party on undiluted wine (Greeks of the era usually mixed wine with water), then saw a donkey eating a fig. In his inebriated state, the sight struck him as hilarious, and he went into paroxysms of uncontrollable laughter, and repeatedly cried out “now give the donkey a drink of pure wine to wash down the figs“, until he fell over dead.

3. The Ancient Greeks’ Most Reviled Man?

Ephialtes son of Eurydemos, better known to history as Ephialtes of Trachis, was a member of ancient Greece’s Malian tribe, after whom the Malian Gulf in the northwestern Aegean Sea is named. He became one of the most – or perhaps the most – reviled Greek of his era. When King Xerxes of Persia invaded Greece in the fifth century BC, Ephialtes showed the Persians a path that allowed them to bypass and surround a Spartan force that had halted the invaders at Thermopylae.

Xerxes’ invasion of Greece was launched after decades of steadily mounting tensions, spurred by Athens’ support during the reign of Persia’s King Darius I of a failed rebellion by his Ionian Greek subjects in Asia Minor. That led to a Persian punitive expedition against Athens, which was defeated at the Battle of Marathon in 490 BC. In 480 BC, Darius’ son and successor, King Xerxes, gathered forces for a massive campaign to conquer and subdue the Greeks once and for all.

When they were faced with the approach of a vast Persian army, the Malians, at the northeastern juncture of the Greek Peninsula with the rest of the Balkans, were among the many Greeks who chose discretion over valor. They “Medised” – that is, submitted to and collaborated with King Xerxes of Persia against other Greek polities. Along the Persian army’s route through Malian lands was a narrow pass known as Thermopylae, or the “Hot Gates”, situated between mountains to the south and the cliff-lined shore of the Malian Gulf to the north.

King Leonidas of Sparta commanded a small Spartan-led Greek force, that occupied and fortified the pass at Thermopylae. The Persians, who greatly outnumbered Leonidas’ men, were forced to attack directly up the pass and on a narrow front. That negated and neutralized their numerical superiority. The Persians were bested by the more heavily armed and armored Greeks, especially the elite core of superbly trained Spartans. For three days, the Persians launched futile attacks, but could not make the Greeks budge.

1. A Betrayal That Undid a Heroic Stand

King Leonidas and the Greeks under his command kept the vastly superior Persian army bottled up in front of the pass at Thermopylae until Ephialtes struck. He informed King Xerxes that he knew of a track through the mountains that bypassed Thermopylae, and reemerged to join the road behind the Greek position. In exchange for the promise of rich rewards, Ephialtes showed the Persians the way. When he discovered that he was about to be outflanked, Leonidas sent his Greek allies away.

He stayed behind with what remained of a 300-strong contingent of Spartans, who fought to the death until they were wiped out. Ephialtes was reviled from the ancient era to the present, and his name came to mean “nightmare” in Greek. He never collected his reward: the Persian invasion collapsed when their fleet was defeated at Salamis later that year, and their army was crushed at Platea the following year. Ephialtes fled, with a bounty on his head. He was killed ten years later over an unrelated matter, but the Spartans rewarded his killer anyhow.

Daily Beast – Things You Probably Don’t Know About the Olympics

Encyclopedia Britannica – Philitas of Cos

Gizmodo – Can You Laugh Yourself to Death?

Suetonius – Lives of the Caesars: Life of Nero