The Life of a Medieval Doctor

The Life of a Medieval Doctor 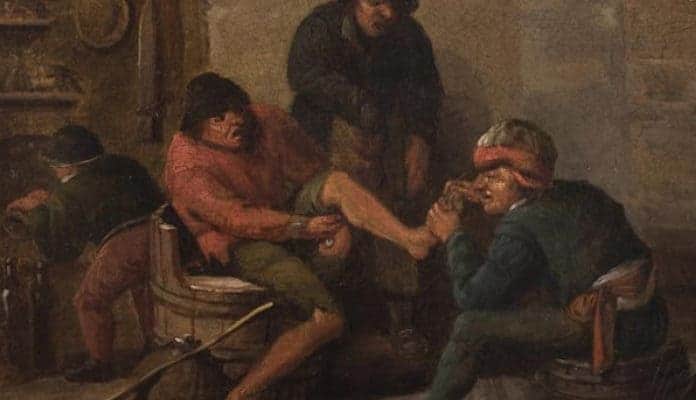 A physician in medieval times lived a stressful existence, contending with the diseases and illnesses of mankind. They were not solely based on physical and mental disorders. Illnesses of the day were as likely to have been caused by spiritual entities as by physical complaints. The doctor of the day had to battle with demons, witchcraft, the signs of the zodiac, other astronomical events, a vengeful God, and earthly enemies. Germs and bacteria were unknown. Viruses were beyond the knowledge and imagination of the man of medicine. Sin presented as a great a cause of human illness as any other, according to the learned of the day.

Many years later, the French wit Voltaire would comment that “the art of medicine consists in amusing the patient while nature cures the disease”. The remark describes medieval medicine except that many of the medical practices were far from amusing. Torturing a patient to death was a common, though presumably unintended, practice of doctors. It was inevitable in a world in which exorcism was an accepted means of medical treatment. Here are some examples of the world of medieval medicine and the healing arts.

1. The Hippocratic Corpus created the basis of all medicine

Hippocrates, the famed Greek physician from whom the science of medicine stemmed, was in actuality likely more than one person who assembled what is known as the Hippocratic Corpus. This includes the admonition to “Do No Harm”. Under the Hippocratic Corpus, the human body contained four “humors”. These properties reflect those of nature; fire, water, earth, and air. In the body they are hot, cold, dry, and moist. Maintaining a natural balance of the four humors became the key to good health. Unfortunately for mere mortals, the humors were subject to influences from a wide variety of external factors, some of which a person had little control over.

The stars and planets exerted their influence over the humors of persons, thus an astrological evaluation was an important part of a physician’s evaluation of a patient. Practitioners of the Hippocratic Corpus evaluated diet as critical to the maintenance of balance among the humors, with diet inclusive of physical exercise. Hippocratic doctors were fairly advanced in the knowledge of anatomy and surgery, though not as advanced as the ancient Egyptians, as well as the preparation of certain nostrums proven effective against disorders, though in their view the medicines merely restored the proper balance of humors in the body.