The Extraordinary Life of Nina Simone was Tragic and Empowering 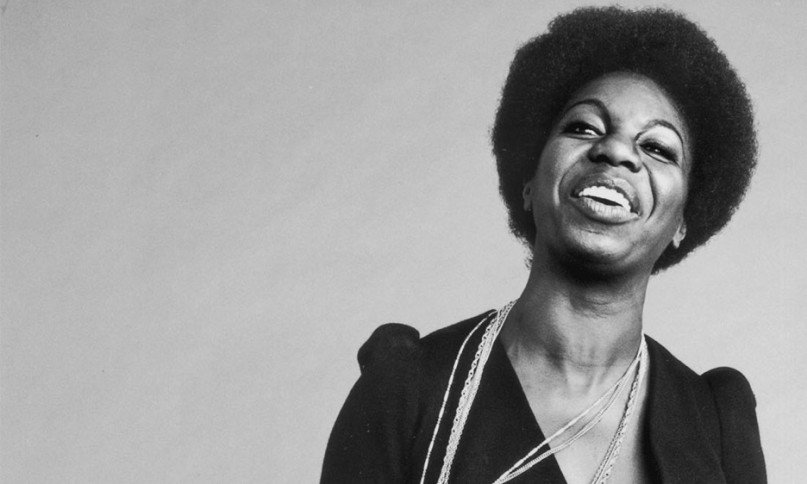 The Extraordinary Life of Nina Simone was Tragic and Empowering

7. Her relationship with her only daughter, Lisa Celeste Stroud, was strained and, at times, abusive

The tumult of Nina’s life started to show in her private life after she left the US. Although her daughter, Lisa, eventually joined her in Liberia, Nina was so cruel to her that she was soon on a plane back to New York to live with her father, aged just 14. ‘She [Nina] went from being my comfort to the monster in my life’, Lisa reflected in a 2015 interview. ‘My mother was angry with the world and often the only person around to blame was me’. Their relationship was so bad that Nina left Lisa out of her will.

6. Despite never fulfilling her dream of becoming a concert pianist, Nina’s original songs were heavily influenced by classical composers

Although she is primarily known as a jazz pianist and singer, classical music aficionados can tell from many songs that Nina was classically trained. Many of her reinterpretations add flourishes more commonly seen in the fugues of her favourite composer, Johan Sebastian Bach. Her original compositions are even more telling of Nina’s background and desire to be a classical pianist, and no matter how famous she became she always saw herself as a classical pianist playing popular music out of necessity. ‘Jazz is a white term to define black people. My music is black classical music,’ she once explained.

5. She battled with a nasty pill-addiction during the height of her fame

As well as her own exacting standards, Nina’s punishing touring schedule – forced upon her by Andy Stroud, you’ll be unsurprised to hear – proved a heavy toll on her wellbeing. Anyone who has seen Nina perform with characteristic swagger will be shocked to hear that she often suffered from nerves before shows, which were made much worse by fatigue and the fear of not living up to her own standards, and so Nina became addicted to prescription pills during her 1960s heyday. She also became dependent on alcohol, though strenuously denied that she was ever an alcoholic.

At concerts, Nina not only had high standards for herself but expected her audience to behave in a manner she deemed acceptable. After growing up playing classical recitals, Nina refused to tolerate anyone talking or not showing adequate attention at her shows, and would often stop playing to berate them or give them one of her trademark thousand-yard stares. Off-stage, too, Nina was uncompromising. She once fired buckshot over a neighbour’s garden to make their teenage kids quieten down. Nina’s mental illnesses, which only came to light after her death, explain her more violent episodes.

3. Nina suffered from mental illness, and wasn’t diagnosed until the 1980s

Like many other talented people, Nina suffered from bipolar disorder. This explains much of her erratic behaviour onstage and her treatment of Lisa, but sadly she was not diagnosed until the mid-1980s. She also likely had PTSD from her abusive second marriage. Nina lived for years with these conditions, completely un-medicated and untreated, and it was only after her death in 2003 that they came to light. Her fits of anger were misogynistically ascribed to her being a ‘diva’ during her life, but it is sad to note that many of Nina’s symptoms still define what makes a diva today.

2. In 2003, Nina died peacefully in her sleep after losing a battle with breast cancer

Nina’s career plummeted to the point that she once again played at bars and cafes (this time in Paris) for low sums of money. However, her career was reinvigorated in the 1980s after she received mental health treatment and began performing at bigger venues. Her role in the Civil Rights movement also won the great respect it deserved and her back catalogue was reassessed and finally won critical acclaim. In the late 1990s, however, Nina was struck down with breast cancer, and after a battle lasting a few years she died two months after her 70th birthday in 2003.

1. Her posthumous reputation is stronger than ever

Nina’s ashes were scattered in several African countries, but as is often the case with celebrity deaths, this ending was a beginning. For Nina is now more popular than ever, with all manner of musicians paying homage to her music and the more controversial episodes in her life being re-examined. Numerous biographies have been written about her and her amazing story has recently been immortalised in film. In 2015, two documentaries were released about Nina’s life, What Happened, Miss Simone? and The Amazing Nina Simone, and the following year a biopic entitled Nina starring Zoe Saldana was also released.

Simone, Nina, and Stephen Cleary. I Put a Spell on You: The Autobiography of Nina Simone. London: Penguin, 2003.