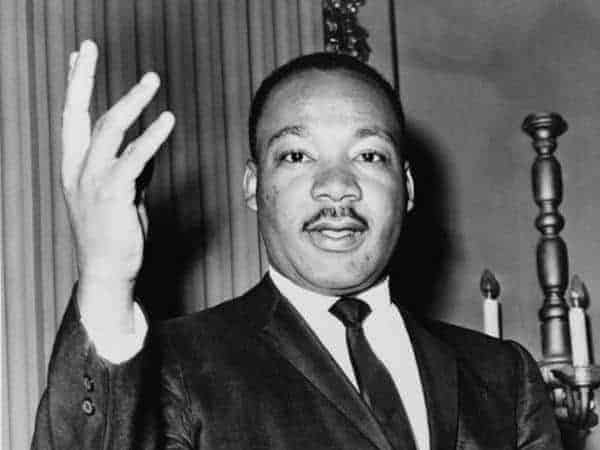 If you had to make a list of the top ten most memorable Americans to ever live, Dr. Martin Luther King Jr. would definitely be among them. King is known the world over for his work on civil rights in America and his inspirational rhetoric that moved many. On April 4, 1968, Martin Luther King Jr. was assassinated by James Earl Ray, an escaped convict, in Memphis, Tennessee. King’s death was just one of many high profile assassinations during the 1960s.

King was a key player in organizing non-violent protests against discrimination in all walks of life, he was an influential and inspiring speaker, and was loved by millions of people of all races. On the day before he was shot and killed, King spoke these words: “We’ve got some difficult days ahead. But it really doesn’t matter with me now, because I’ve been to the mountaintopâ€¦And He’s allowed me to go up to the mountain. And I’ve looked over, and I’ve seen the Promised Land. I may not get there with you. But I want you to know tonight that we, as a people, will get to the promised land.”

While King was a vehement supporter of non-violent means, his enemies were many. Even with the racism that persists today, it is hard to describe the scope and passion of the conflict between those that supported true civil rights and those that didn’t. So it isn’t all that surprising that King might have known that his end might come sooner or later via violent means.

The outcry that took place after his death was vast and ferocious. Violent and non-violent protests took place all throughout the country. In Durham, North Carolina alone, three days after the assassination, 13 fires were started.

The assassination, it is believed by historians, caused the rift between white and black Americans to widen. Those who followed Martin Luther King Jr.’s teachings about non-violent protests saw the assassination as a rejection of those same teachings by their opponents, leading them to become radicalized. The same happened when Malcolm X was assassinated in February 1965.

Like the assassination of JFK in 1963, there are many conspiracy theories regarding the assassination of MLK Jr. This started promptly when James Earl Ray withdrew his initial guilty plea and claimed he was being set up by the government. In the 1990s, King’s family supported Ray’s claim. They believed the assassination had nothing to do with race, but instead with J. Edgar Hoover, who thought King was influenced by communism. There is proof that in the last years of his life, Martin Luther King Jr. was constantly harassed by the FBI with wiretaps and other forms of surveillance.

The death of Martin Luther King Jr. is something that is still felt to this day, and it was just one of the many tragedies that took place in the 1950s and 60s for the sake of racial equality.