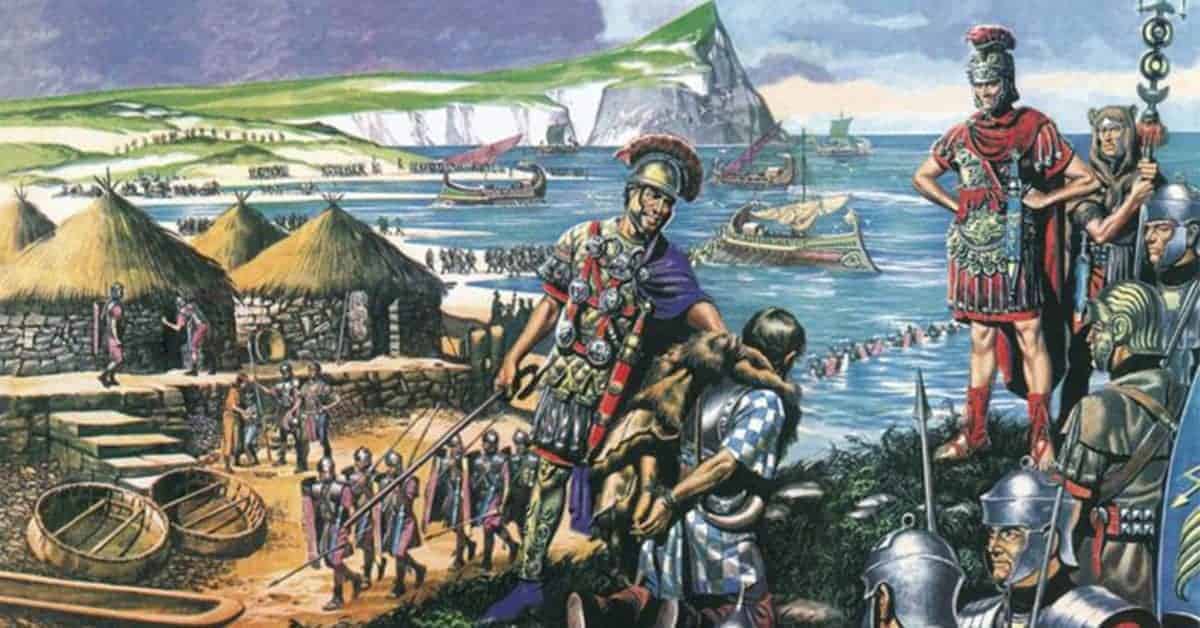 The Romanization of Britain

If Rome had any intention of conquering the entire island, resistance to their rule elsewhere in the Empire put paid to that notion. Troops were removed from Britain to reinforce other parts of Europe. The lack of Roman troops in the north of England was evident by the 120s AD, and it was at this time that construction began on Hadrian’s Wall. By now, the Romans were drawing symbolic lines on the map of Britain and perceived those north of the wall as barbarians.

The 73-mile wall stretched across Britain and was fortified with forts, spikes, and observation turrets to keep the barbarians out; there were probably 8,000 permanent troops on the wall. The rest of the Roman army was stationed in locations such as York, Chester, and modern Scotland’s Southern Uplands. The so-called Romanization of Britain was quite limited in many parts of the island. Outside of the lowland zone (Lincoln to Exeter), settlements were sparsely populated and living off the land was incredibly difficult.

Things were a lot more pleasant in the lowland zone as one-time tribal zones were transformed into bustling cities with theaters, basilicas, temples, forums, amphitheaters and much more. The conquered elites mainly fell in line and embraced the new Roman lifestyle which includes lots of Gaulish wine. The fact that the native elite did not rock the boat meant it was a smooth transition in the Romanized areas.

By the middle of the second century AD, probably 70 years after the Romans had some semblance of control in Britannia, there were approximately 20 towns. Each of them had a full set of public buildings and major towns such as Cirencester and St. Albans had up to 50 grand houses and dozens of villas. It was a golden era for craftsmen that specialized in luxury goods as the demand for frescoes and pottery increased dramatically.

It would be incorrect to suggest that the Romans had everything their own way in the second century. They still had to deal with uprisings and setbacks. For example, the Picts destroyed several Roman forts in Scotland in around 105 AD. There was also a rising in the north in 117 AD which was eventually dealt with by Quintus Pompeius Falco.

There were further problems during the reign of Antoninus Pius when he tried to occupy Scotland once again. This included a revolt by the Brigantes in 155 AD which lasted two years. Approximately 5,500 Sarmatian troops arrived in 175 AD to reinforce the Romans, so there were clearly numerous uprisings we have no record of. There was further chaos in the first half of the third century, but Roman control endured. However, the Empire was starting to creak under the strain of multiple invasions and ultimately, the Romans were unable to keep hold of Britannia.

After The Boom, There is The Bust

The boom period in Roman Britain had ended by the middle of the third century as an increasing amount of resources were plowed into defense. A Gallic Empire was formed during the Crisis of the Third Century in 259 AD, and Britain was part of it. Emperor Aurelian was able to sew the Empire back together in 274 AD, but there was little that could be done to prevent its downfall.

The Carausian Revolt (led by Roman General Carausius) in 286 AD led to the creation of the Britannic Empire which was independent of Rome. He was murdered by Allectus seven years later, and the usurper ruled Britain until 296 AD. In that year, the Romans took back Britain and Allectus died in battle.

There was a brief revival in the early part of the fourth century during the reign of Constantine the Great. He encouraged the improvement of fortifications and roads in Britannia but in 350 AD, another usurper, Flavius Magnus Magnentius, took control as he seized the imperial crown in the West. At this point, the frontiers of Roman Britain were under almost constant attack from Pictish and Scottish tribes. There were attacks in 367-68, 382, and 396-98.

The beginning of the end came with the death of Emperor Theodosius in 395 AD; his empire was divided among his two sons; Honorius took the East, and Arcadius had the West. While the Eastern Empire was thriving, the West was on the brink of collapse. By the beginning of the fifth century, Italy was under attack and Stilicho, the most powerful military presence in Rome withdrew the vast majority of legions in Britain. At the same time, Germanic raiders were attacking the Southern and Eastern coasts of England.

In 405 or 406 AD, the Vandals, Alans, and Suebi crossed the Rhine and caused chaos in Britain. Constantine III took charge of the troops in Britain in 407 AD and tried to establish himself as Roman Emperor in the West. The natives apparently expelled the Roman administration in 409 AD, and when they asked Emperor Honorius to help with the invaders in 410 AD, he told them to fend for themselves. This response marked the end of Roman influence in Britain.

By 425-430 AD, Britain was in no way, shape or form ‘Roman’ as villas had been abandoned, mosaic and fresco workshops had closed, and barter replaced money. London was in ruins by 430 AD, and Roman culture and organization had disappeared by 600 AD. Attempts to salvage the Empire in the West were in vain as the last emperor was deposed in 476 AD. Although many Roman cities in Britain fell into decay, others were expanded later on, and places such as Canterbury remain occupied to this day.