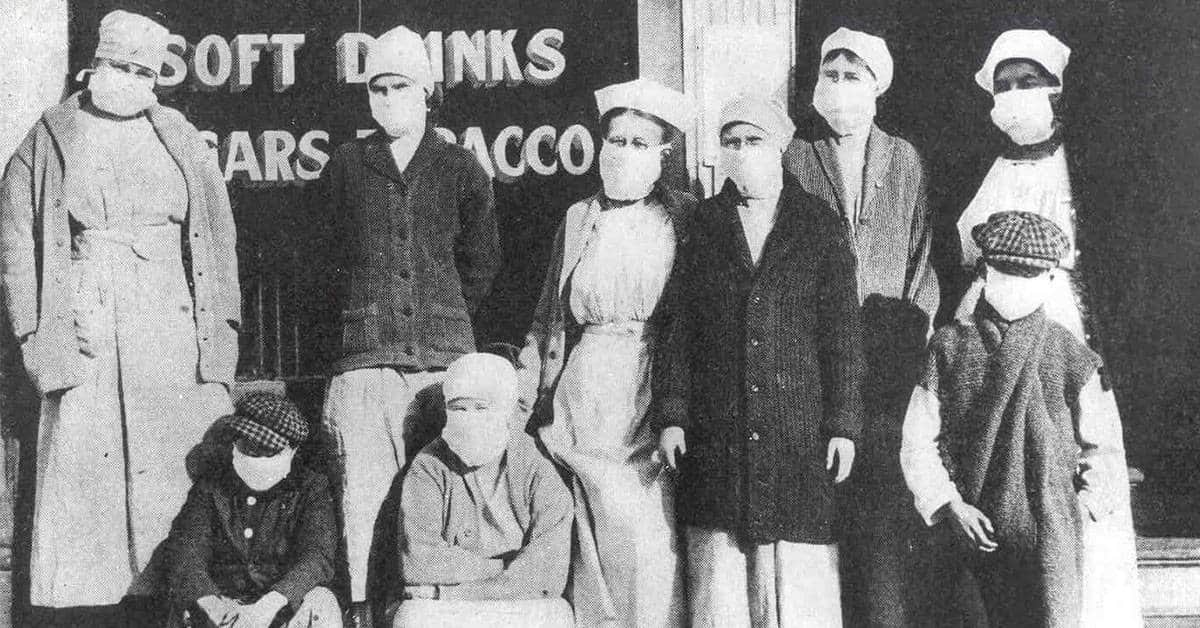 The early 20th-century history of Europe was one of war, political strife, and economic upheaval. Empire crumbled and new societies were built, people were torn apart and brought together in ways that could never have been expected before and, above all, people died in numbers that were unprecedented.

Amid the war, the revolutions, the genocides and the human-created misery, however, the single biggest killer of the era was disease. And not just any disease: the single deadliest pandemic in human history, which would come to be known as the Spanish Flu.

In 1918, Europe was reeling. The First World War had been the first industrialized conflict and had brought destruction on an unprecedented scale to the major powerhouses of the continent. Absolutely everything, from the physical buildings in the cities and infrastructure such as railways to the long-standing social and cultural order of nations, was in tatters. Tens of millions had died, a stream of revolutions was about to break out and no government seemed able to cope.

In Germany, the nation had collapsed and a succession of paramilitary groups were about to fight for the future of the country. In Russia, that had already happened. In France, the entire north of the country – where all the industry was – had been the site of the worst of the fighting while Britain too was on its knees, crippled by German bombs and the ravages of four years of war. Little did they know that the most deadly part of the war was still to come.

Some 18 million people had died in World War One, but an estimated 50 million would die in the 1918 flu pandemic, better known as the Spanish flu, which would sweep through the whole world. While the horrors of the First World War had largely been confined to Europe and the Middle East, the Spanish Flu would know no such boundaries: it struck in the Pacific Islands and the Arctic, in Africa and South America, Europe and the United States.

What was most terrifying about the influenza virus of 1918 might be familiar to those who remember the H1N1 Swine Flu strain that struck in 2009. While the modern version of the disease was declared a pandemic, it was far from the destructive force that the 1918 strain – for which the word pandemic might have been invented – but did share the major characteristic that struck fear into the hearts of the populace: it attacked the healthy, not the infirm.

While the majority of influenza victims are the vulnerable – children, the elderly, those with existing conditions – the H1N1 strain struck those who were in the best position to resist it. It fed on the antibodies that were produced to fight it and thus redoubled its strength in those who were able to fight off disease, eventually overwhelming them and causing death.

This aspect made the fit and healthy particularly susceptible, but there was, of course, another factor that made the 1918 virus so deadly. Those who were most likely to contract the disease, the young, strong and the physically fit, were concentrated together and crowded into places that increased the likelihood of other diseases.

Those in refugee camps, those in barracks, those with irregular food supplies and those living in unsanitary conditions were in those positions because of war, which had forced them there; moreover, when they fell ill, they were treated in over-crowded field hospitals packed with a whole range of people with other diseases and attended by staff who were jaded, overworked and undersupplied. If the flu subsided, the chances were that another disease would take over and kill off the patient before they left the hospital.

Nobody is completely sure of the origin of the flu. While the first confirmed case of the disease was found in the United States – at Fort Riley, Kansas – it seems more likely that that was merely the first place to be tested. European sources have located the source of the virus as a troop camp in Northern France, in the heart of the battlefields of World War One, with the hypothesis that the strain of influenza migrated to humans from livestock, most likely pigs. Indeed, the latter pandemic in 2009 was known as swine flu because of its origins in pigs.

A later theory held that the origin of the pandemic was in the Far East, with Chinese laborers stationed behind the lines on the Western Front. A disease in Northern China detected in 1917 has been found to be very similar to H1N1.

What seems incontrovertible is that the movement of troops massively influenced the spread of the disease. Regardless of the source of the virus, the way in which it was discovered – in two military institutions – leads to the idea that the concentration of military personnel and the demilitarization that followed the First World War lead to an above-average number of people moving from infected areas and carrying influenza with them.

It was unprecedented in modern human history for so many people to move such large distances in such a short time as happened during the First World War. That, plus the cumulative effects of poor food supply, which weakened otherwise healthy people, close-quarters living, which exacerbates the spread of disease, particularly respiratory diseases and the influence of chemical and gas attacks on those affected, is thought to have caused what could have been a limited localized illness into a global pandemic.

Once it had moved from military zones to the civilian sphere, the effect was devastating. Statistics on the death toll are not completely accurate, but it is thought that up to 17 million people died in the British Raj, now India, some 5% of the entire population. In Indonesia, one and a half million people are thought to have been killed. In the Pacific, 13% of the population of Tahiti died within a month, while 90% of all Samoans were infected, with 22% killed within in 8 weeks.

In the United States, the disease spread like wildfire among the densely-packed urban poor, whose cramped conditions ensured that the disease moved on rapidly. Native Americans, who were already incredibly susceptible to the strains of influenza that arrived from Europe, were decimated, as were First Nations communities in Canada.

Despite the name “Spanish Flu“, Spain was not unduly ill-affected. While it did strike the nation – King Alfonso himself was taken ill with it – the name came about because Spain was one of the few areas in which it could be fully reported. Wartime censors, anxious to maintain morale, banned the earliest reports of the disease that were coming out of the war-affected areas.

It was understandably a large blow to the public morale when a large portion of the First World War soldiers, whom governments were portraying as heroes, returned to their homes with deadly influenza that could kill millions. Thus, it was not mentioned and instead, Spain, which had been neutral in World War One, became known as the nation with the flu.

What sometimes confused the marking of statistics was that the symptoms of H1N1 flu, the flu that attacked the healthy, were basically unidentifiable as different to those of the regular flu that arrived every year and attacked the very old and the very young. With the normal influenza virus at a particularly high level due to war conditions, the H1N1 virus was difficult to pick out.

And yet, as quickly as the pandemic had spread throughout the world, it was almost as quickly extinguished. After the second wave at the end of 1918, the number of cases plummeted around the globe: in Philadelphia, for example, over 4,000 people were killed in the middle of October, but within a month the disease had all but dissipated.

There is no clear reason regarding why the disease ended, but as ever, theories abound. Some chart it to the improvement in experience of doctors treating influenza, who were able to save more people, particularly those who died of secondary conditions brought on by the Spanish flu. Others hold that the virus, which had so quickly mutated into the H1N1 strand of influenza, simply mutated again into a less deadly and less easily contracted strain. This stands in line with wider ideas on the influenza virus, which is known to die out when its hosts, those infected, swiftly die. Without living bodies to spread the virus via breathing, it cannot continue.

The history of the Spanish flu is often left out of that of the First World War and overlooked when discussing the huge political issues of the time. Between the fall of one German Empire in war and the rise of another, destined for another war, it can be lost that millions died in between via disease. Europe would recover, as it does, but through a combination of disease, economic turmoil and political violence, it would see itself again fall into the morass of war and division – and the second time would be even worse than the first…

History Collection – 20 of History’s Most Devastating Plagues and Epidemics

CDC – The Deadliest Flu: The Complete Story of the Discovery and Reconstruction of the 1918 Pandemic Virus

The Washington Post – `The 1918 Flu Is Still With Us’: The Deadliest Pandemic Ever Is Still Causing Problems Today

NCBI – The Origin and Virulence of the 1918 “Spanish” Influenza Virus

Virology Journal – From Where Did The 2009 ‘Swine-Origin’ Influenza A Virus (H1N1) Emerge?

STAT News – The Last Pandemic Was A ‘Quiet Killer.’ Ten Years After Swine Flu, No One Can Predict The Next One

CNN – What We Can Learn From 1918’s Deadly Second Wave