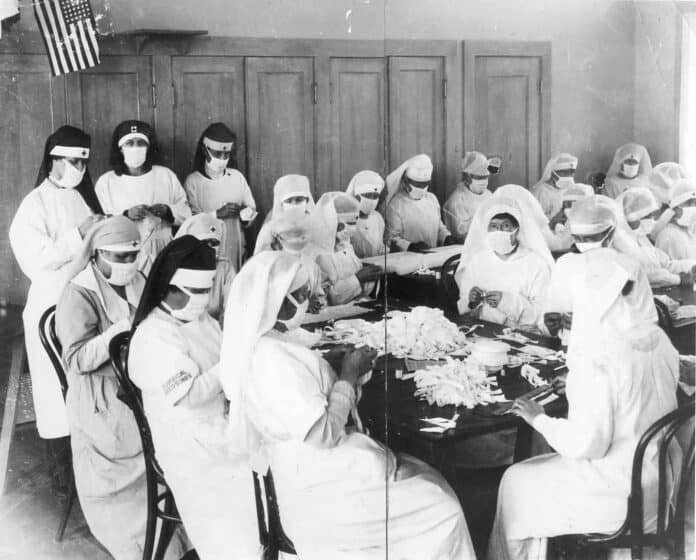 One of the pitfalls of the present is the belief that nothing like this has ever happened before. It has. The Spanish Flu, which struck the world near the end of the First World War presents lessons applicable to the present, but only if they are understood and considered as they truly occurred, without resorting to myth and hype. It happened to a world struggling with what was, up until then, the most climactic war in human history. This outbreak proved to be even more life changing. The tools needed to fight it were largely non-existent. Social media consisted of telegrams, mail, and messengers. Little in the way of pharmaceutical intervention was available. To fight it, medical professionals recommended limited socialization, better personal hygiene, and disinfecting surfaces.

Despite its global spread and the number of people infected, estimated by some to include one third of the world’s population, the world overcame the flu and recovered. This major event straddled the months between the latter days of World War I and the Roaring Twenties. Since it occurred, researchers have debated where it originated, when it started, and how it spread around the globe. Some have suggested it first appeared in Kansas, others New York, and still others in the military staging camps in Europe. Where it began really doesn’t matter. What does is that the world suffered through a catastrophic blow, from which lessons were learned to battle subsequent outbreaks. Contrary to what some continue to say, it has happened before. Here is how the United States fought the Spanish flu event, and subsequently recovered.

1. The Spanish Flu was less catastrophic in some locations than others

When Spanish flu struck in the United States, it was treated differently by state and municipal governments. The reaction by officials caused the disease to be less severe in some areas, with lower rates of infection and casualties in those cities which responded more rapidly to the crisis. Social containment measures in cities where the flu virus appeared reduced the number of people exposed. Establishing social containment policies and enforcing them within days of reports of the first cases in a municipality reduced the subsequent loss of life by up to half of those suffered by cities which took longer to respond.