This Day In History: The FBI was found in Washington 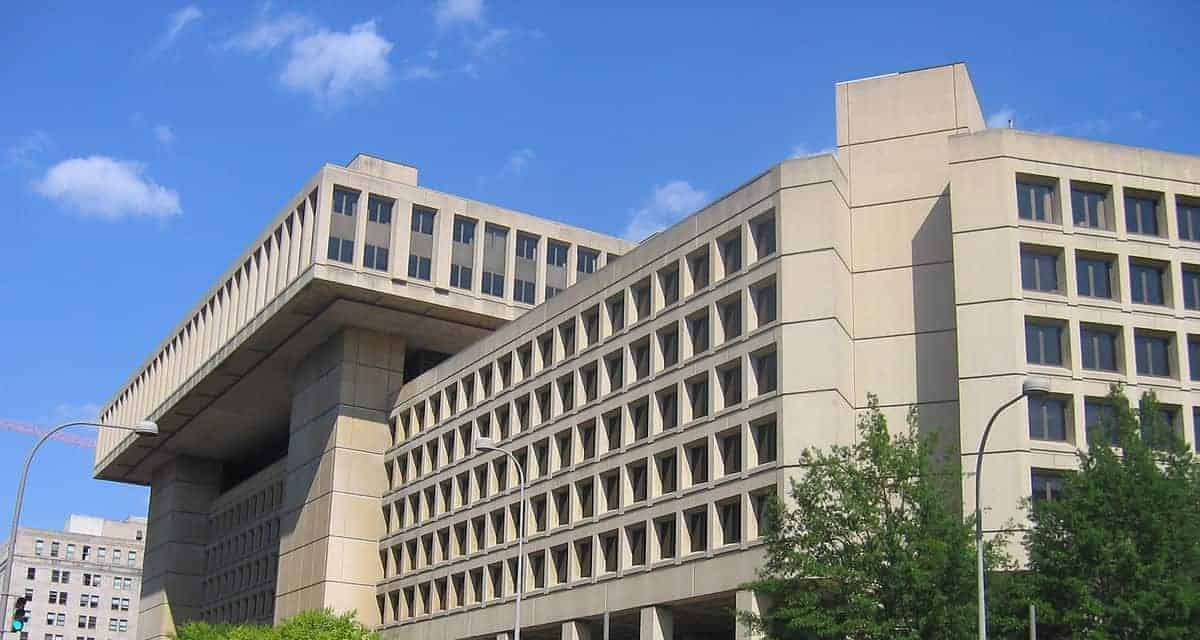 This Day In History: The FBI was found in Washington

On this day in history on July 26th, 1908, the Federal Bureau of Investigation (FBI) was formed when the Attorney General ordered a group of investigators to report to the Department of Justice. This group of men was to be the nucleus of the FBI, however, it was only referred to as the FBI, a year after it was found.

It was felt that the DOJ was not being as effective as it good and the government was worried about left-wing violence and subversion. The DOJ hired ten investigators in order to investigate threats to the Federal government and the American people. In particular, they were worried about criminals evading the law by escaping to another state.

The federal government used the small group of investigators to investigate criminals who evaded the law by passing over state lines. Within a few years, there were some 300 agents. The agency was opposed by some in Congress, who feared that it gave too much power to the government. With the entry of the United States into World War I in 1917, the FBI was ordered to tackle anti-draft sentiment and also to apprehend any spies.

The FBI did not really come into its own until J Edgar Hoover took over the Bureau. He was a lawyer and a one-time librarian and he was previously a special assistant to the Attorney General. Hoover was a very conservative individual and he believed that any form of innovative thinking was communism. He rose to prominence during the Red Scare when many Americans believed that communists were plotting to subvert the Union and the government.

Hoover set up a system listing every radical leader, organization, and paper. Hoover knew that knowledge was power and his system was a powerful tool as it allowed him to monitor those with left-wing sympathies. The government was criticized for abusing its power at this time. Hoover escaped any censure and emerged stronger and became a well-known figure, and he was appointed the director of the FBI.

During the 1920s, with official approval, Hoover expanded the Bureau of Investigation. It became a massive organization and had the capability to collect information on thousands of people at a time. Hoover also built up the Bureau until it was able to fight crime anywhere in the US. The FBI was among, the first police agency to have a fingerprint unit and a crime laboratory. It was arguably the most advanced law enforcement agency in the world.

After Prohibition, Hoover launched a war against the gangsters who were making and distributing illegal alcohol. The FBI was also very active after the Wall Street Crash when the resultant Depression led to an epidemic of crime. Infamous bank robbers and gangsters such as “Machine Gun” Kelly and John Dillinger were shot dead by the FBI or the ‘G -Men’ as they were popularly known. Hoover became immensely powerful and a well-known figure. However, soon he was collecting damaging information on people and this made him feared by many of the powerful. Hoover was one of the most powerful men in America He had abused his position and was in a way ‘untouchable’.

With the outbreak of World War II, the FBI was once again very involved in anti-espionage efforts and sought to protect Americans from Nazi or Japanese sympathizers from attacking American shores. After World War II, it focused on the threat of left-wing movements. The FBI gathered information on millions of Americans. Hoover later worked closely with Senator Joseph McCarthy, during the communist witch hunts in the 1950s.

By the time Hoover entered service under his eighth president in 1969, the media, the public, and Congress had grown suspicious that the FBI might be abusing its authority. Hoover died in 1972 a very controversial and he was seen by many as a sinister figure who had undermined American values and the Constitution.