Eight Famous Shipwrecks That Have Yet to Be Found 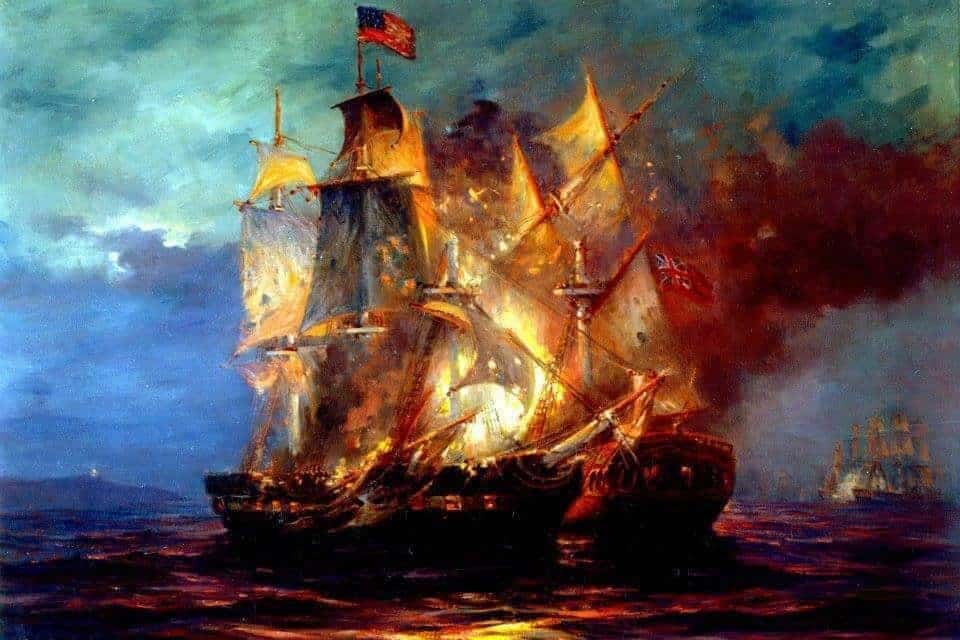 Eight Famous Shipwrecks That Have Yet to Be Found

Le Griffon is considered by some to be the “holy grail of Great Lakes Shipwrecks” largely because it was the first sailing ship to cruise the Great Lakes. Rene-Robert Cavelier, Sieur de La Salle was a French explorer in 1679 and he wanted his ship, Le Griffon, to sail the Niagara River, Lake Erie, Lake Huron and Lake Michigan in order to survey the bodies of water. La Salle was also on a quest to find a Northwest passage that would offer a sailing route from Canada to Japan. La Salle had previously built ships to sail on Lake Ontario that were launched from Fort Frontenac, it is believed by some that La Salle took one of those boats to his launch point on the Niagara River. He then built Le Griffon from parts of the ship that had sailed there and supplies that a second ship delivered.

The ship was launched somewhere around Cayuga Creek on the Niagara River for its maiden voyage on August 7th, 1679. The ship had a crew of 34 including La Salle and Father Louis Hennepin and began moving through waters that had previously only been traveled by canoe. They moved up the river passing through the St. Clair River to get to lower Lake Huron. From there they landed for a time at Mackinac Island before moving on to the entrance to Green Bay. They stopped at an island there where La Salle and some of the crew decided to use canoes to explore the opening of Lake Michigan. While he explored, he sent a six-man crew to take Le Griffon back to Mackinac Island to offload the furs they had thus far collected so that they could be picked up on the return trip.

The ship was never seen again. It is unclear whether it was lost to a storm or if it was sunk by natives or other fur traders. La Salle himself believed that the crew sunk her and made off with her cargo of furs. But the answers have never come even as numerous attempts have been made to find what is believed to be the first shipwreck of the Great Lakes. Several groups have claimed to have found Le Griffon but none have been conclusively determined to be Le Griffon. A 2015 book, The Wreck of the Griffon suggested that an 1898 find by Alber Cullis in northern Lake Huron is the most likely to be Le Griffon.

Flor de la Mar is considered to be one of the greatest treasures still lost at sea. The ship was used for the Portuguese India run and was the largest carrack built at the time at 400 tons. The ship made a few runs and each time was filled with struggles as the ship sprung leaks and was delayed for months for repairs. In 1506 the ship was stuck for ten months having to constantly be repaired until it was found in February of 1507 by the 8th India armada. The ship was then quickly made seaworthy by a large crew and then the Flor de la Mar and her captain were annexed into the armada. In 1510 the ship assisted in the conquest of Goa and in 1511 the conquest of Malacca.

Despite being wrought with problems the ship lasted longer than most ships that India built which typically only offered three to four years of service. It was however, dangerously unseaworthy when it was fully loaded which was largely the reason why it was only able to complete one India run. Despite knowing this Afonso de Albuquerque, a Portuguese general and governor of Portuguese India, wanted to show King Manuel I the treasures that India offered. So, the Flor de la Mar was used for a return voyage to Portugal in 1511 and was laden down with a hull full of treasures. On the 20th of November 1511, the ship was caught in a storm in the Strait of Malacca. It sank and many of the crew and all her treasures were lost.

Afonso de Albuquerque managed to survive by using a makeshift raft and was able to tell of the ship’s demise and the treasures lost. The ship was said to be carrying 200 coffers of precious stones which diamonds ranging in size from half inch to the size of a man’s fist. There have been numerous attempts and disputes over trying to recover the ship. Robert Marx, an American treasure hunter, has spent $20 million trying to find and recover the wealth lost in the wreck. Many historians credit the treasure of the Flor de la Mar to be the most elaborate treasure ever lost at sea.

In 1715 the War of Succession had drained Spain of its funds. The country was going bankrupt and in desperate need of money. So a treasure fleet departed from Havana, Cuba to fill the Spanish coffers with treasures from the New World. Twelve ships were sent loaded with silver and other treasures in July of 1715. However, the fleet was hit by a hurricane and eleven of the ships sunk on July 31st, 1715. 1,000 people died, 400 of which were slaves but some crew members were able to survive in boats and they were able to lead a salvage mission to recover some of the treasures from the deep. The Spanish were able to recover about half of the treasure and over the years more of the treasure has been salvaged and seven of the ships have been found. The ships sunk near present-day Vero Beach, Florida and from time to time artifacts from the wreckage still wash up onshore.

One treasure hunter seeking the ship believes that the San Miguel may have headed for Amelia Island in order to escape the storm and some artifacts found near the island seem to confirm his hunch. Treasure hunters have been scouring sandy floors around Florida’s beaches and islands in order to find the ship which some estimate has a value of over $2 billion.

The Bonhomme Richard was not a treasure ship but the frigate had one of the most impressive combat records of the American fight for independence. The ship sent sail from France in 1779 under Captain John Paul Jones on loan to the United States by the French shipping magnate, Jacques-Donatien Le Ray. It was accompanied by the USS Alliance, Pallas, Vengeance and Cerf as well as troop transports and merchant vessels.

The fate of the Bonhomme Richard came at the Battle of Flamborough Head. On September 23rd, 1779 the squadron came upon the convoy of the HMS Serapis and the HM Countess of Scarborough which was a hired armed vessel. The HMS Serapis engaged the Bonhomme Richard at around 6:00 that night. Over the next four hours both ships lost nearly half of their crew during the fighting but the British ship was better armed and victory seemed inevitable. The Serapis used its firepower to rake the Bonhomme Richard which devastated the intrepid ship. The commander of the Serapis called for John Paul Jones to surrender to which he famously replied “Sir, I have not yet begun to fight!” Jones managed to get the ships close enough to tie them together and the Serapis lost the advantage of maneuverability. Both crews tried and failed to board the other ship but Jones had the strength of numbers with a much larger crew. Eventually another ship in Jones’ squadron joined the fight and the commander of the Serapis surrendered.

There was no saving the Bonhomme Richard even though Jones and his crew tried for 36 hours to keep her afloat. They were forced to abandon her and instead sail the Serapis to the Dutch United Provinces for repairs. Several attempts have been made to find the ship since but the area that the Bonhomme Richard sunk is littered with ships which makes finding the famous ship difficult. The U.S. Navy attempted to find the ship and their efforts were filmed for Discovery Channel’s Mighty Ships series but their attempts were unsuccessful.

The HMS Endeavor is yet another ship that is sought more for its historical significance rather than for treasure. The HMS Endeavor was the ship that carried James Cook as he sailed around the globe from 1768 to 1771. The ship made history by being the first European ship to reach the east coast of Australia and circumnavigate New Zealand. During her voyage the ship grounded on the Great Barrier Reef in June of 1770. Cook ordered that the ship be lightened to get her to float off the reef which led to all but four of the ship’s cannons being thrown overboard. The ship was badly damaged but the crew managed to keep the ship afloat with makeshift repairs and pumping out the water. They made port and underwent full repairs before completing their journey and rounding the Cape of Good Hope on March 13, 1771. After it’s epic three year voyage HMS Endeavor was resigned to spend three years sailing to and from the Falkland Islands.

Then in 1775 it was sold into private hands and suffered the indignity of being renamed Lord Sandwich. After which she was hired as a British troop transport ship during the American War Of Independence. In 1778 it was scuttled in a blockade at Narrangansett Bay, Rhode Island. It was one of 13 ships that were deliberately sunk to try and stop the approaching French fleet. Despite knowing the relative location of the ship, it has yet to be definitively identified. The Rhode Island Marine Archaeology Project and the Australia National Maritime Museum have spent years mapping out and searching the silty waters around Newport. They believe they have found the location of the scuttle and that the Endeavor may be one ship in a cluster of five that have been discovered. Yet the ship was not positively identified and the search continues. The abandoned cannons were recovered and are now displayed in museums around the world.

All That’s Interesting – Anchor Found From Sunken British Ship That Carried 100,000 Pounds Of Gold Worth Over $1.3 Billion

Bustle – The Shipwreck From Outer Banks Is Actually Kind Of Real

Daily Mail – The Mystery Of The Arctic Ghost Ship: Abandoned 1914 Cargo Vessel SS Baychimo Drifted For Decades – But Is She Still Out There?

Anchorage Daily News – How Artifacts From Alaska’s Ghost Ship Mysteriously Wound Up In A Fairbanks Museum?

BBC News – Endeavour: Has The Ship Captain Cook Sailed To Australia Been Found?

History Collection – The Shipwreck of the Batavia: A Tale of Mutiny and Murder

History Collection – Shipwrecked: 7 Losses at Sea that Changed the Course of History