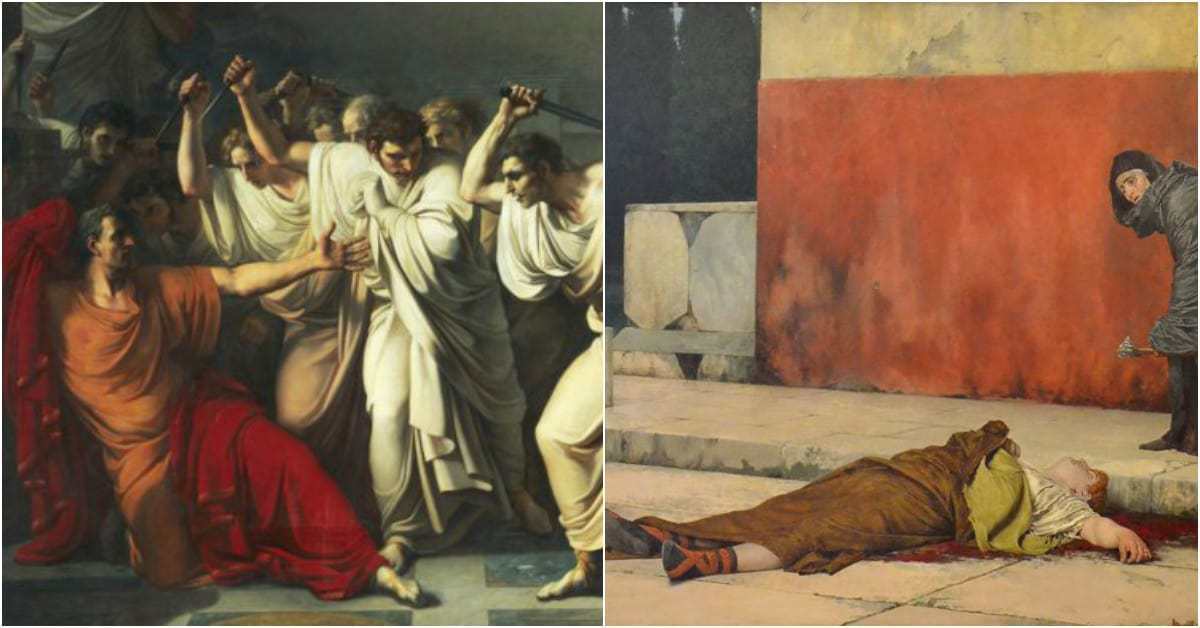 “It was a terrible thing to be an emperor”, Domitian once said, “for everybody thought their paranoia over conspiracies was groundless until they ended up murdered.” Whether or not this quote was apocryphal we’ll never know. If it wasn’t, it’s certainly ironic as it perfectly foreshadowed his own death, assassinated by one of his niece’s attendants in the emperor’s bedroom on September 18 96 AD.

Another irony about Domitian’s death was that the emperor was already aware of its time and manner through a prophecy. His father, Vespasian, had once laughed at him when he rejected some mushrooms over dinner, reminding him that it was the sword, not poison, he should be mindful of. This foreknowledge, repeatedly reinforced by a number of bizarre omens and portents he received throughout his life, apparently drove his murderous paranoia.

Domitian had been told he would be killed on the sixth hour of September 18. What he hadn’t factored in was that those charged with telling him the time might be part of the conspiracy. On the appointed day, thinking the danger had passed, he agreed for someone with important news to visit him in his chambers, dismissing his attendants. Almost comedically, we’re still told that Domitian was “astonished” when he received his first stab wound. Other conspirators, including many of his chamber staff, then burst in, hacking the 45-year-old emperor to death and bringing his 15-year reign to an end.

Domitian was one of Rome’s worst emperors. Or at least that’s what we’re told. The Roman satirist Juvenal used to refer to him as “the bald Nero.” But what he and Nero shared was not personality, but the fact that they were both the last rulers of their respective dynasty—Nero, the Julio-Claudians; Domitian, the Flavians. This in many ways guaranteed that they would be negatively portrayed. For it was always in the interest of successive dynasties to portray the last member—or rather the last member of the last one—as malicious and incompetent.

What’s telling is while the senators were reportedly delighted over Domitian’s death, the army were distraught and the people were indifferent. This indifference should make us re-evaluate Domitian as a terrible emperor and point us towards asking new questions: Not why Domitian was killed 15 years into his reign but, if he was really as bad as our sources say, why for 15 years he was allowed to live.