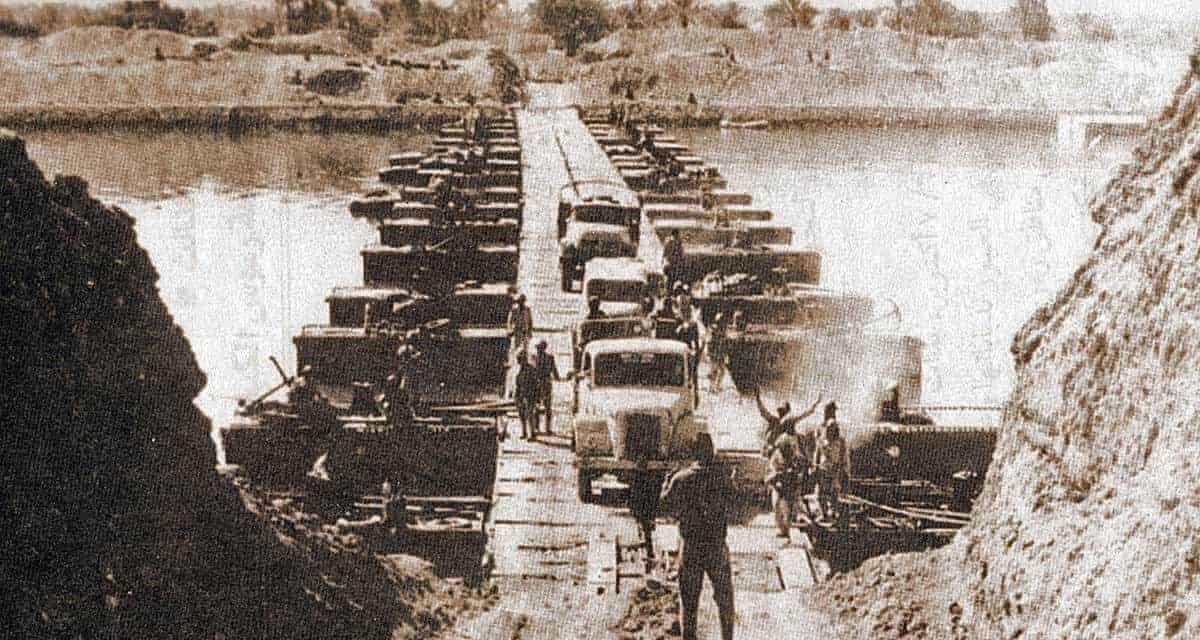 This Day In History: The Yom Kippur War Causes A Crisis During the Cold War (1973)

On this day in history, the Yom Kippur was entering its last stages. The brief but bloody conflict nearly resulted in the Soviet Union and America going to war.

The Yom Kippur War started in 1973 when the Egyptian and the Syrian army launched a surprise attack on Israel and Israeli-occupied territory in Egypt and Syria. The surprise attack throws the Middle East into even more turmoil. The Egyptian and the Syrian armies at first appeared to be winning the war. They attacked the Israeli Army while the Jewish State was celebrating a Jewish Festival.

Israel was forced to fight on two fronts but after the initial shock, they recovered and launched a ferocious counter-attack. They were greatly aided by the Americans who airlifted massive amounts of equipment and ammunition to the Israelis. The Israelis launched a counter-attack on the Golan Heights and soon the Syrians were forced to retreat from the area. Then the Israelis turned their attention to the Egyptians. They managed to beat the Egyptian army back and encircled several divisions. Soon it was apparent that the Arab armies were on the verge of a decisive defeat.

The Egyptians and the Syrians were allied to the Soviet Union and Moscow threatened to intervene if the Israelis continued with their counter-attack. The American government was pro-Israel and they were determined to ensure that their ally was left in a strong position in the Middle East. The war resulted in increased tensions between Washington and Moscow. They both accused the other of bad faith and it seemed that the Soviet and the American military would come into conflict.

However, a direct conflict between the two superpowers was avoided. Henry Kissinger, the American Secretary of State worked tirelessly to prevent a conflict between the Soviets and the Americans. He contacted the Soviets in order to find out their intentions and also their demands. Moscow was very worried about the fate of the Egyptian army in Sinai, which was cut off from the rest of Egypt and was fast running out of food and supplies. The Soviets would not let their allies suffer a humiliating defeat and they demanded that the Israelis immediately stop their attacks in the Sinai.

When it became clear that Israel would not stop attacking the Egyptians in the Sinai the Soviets threatened to intervene and save their allies from total defeat. There were angry exchanges and Washington and Moscow both threatened each other. The situation became so bad that the American military was placed on a war footing. Many feared a nuclear war. However, the Soviets backed down and Kissinger and his Soviet Counterpart managed to arrange a ceasefire between Israel and Egypt. The relationship between Moscow and Washington was damaged even though they had not engaged in combat and it left President Nixon’s policy of détente in tatters.

Aljazeera – The October Arab-Israeli War of 1973: What happened?