Bizarre Deaths: 12 of History’s Weirdest Deaths, From Antiquity to the Middle Ages 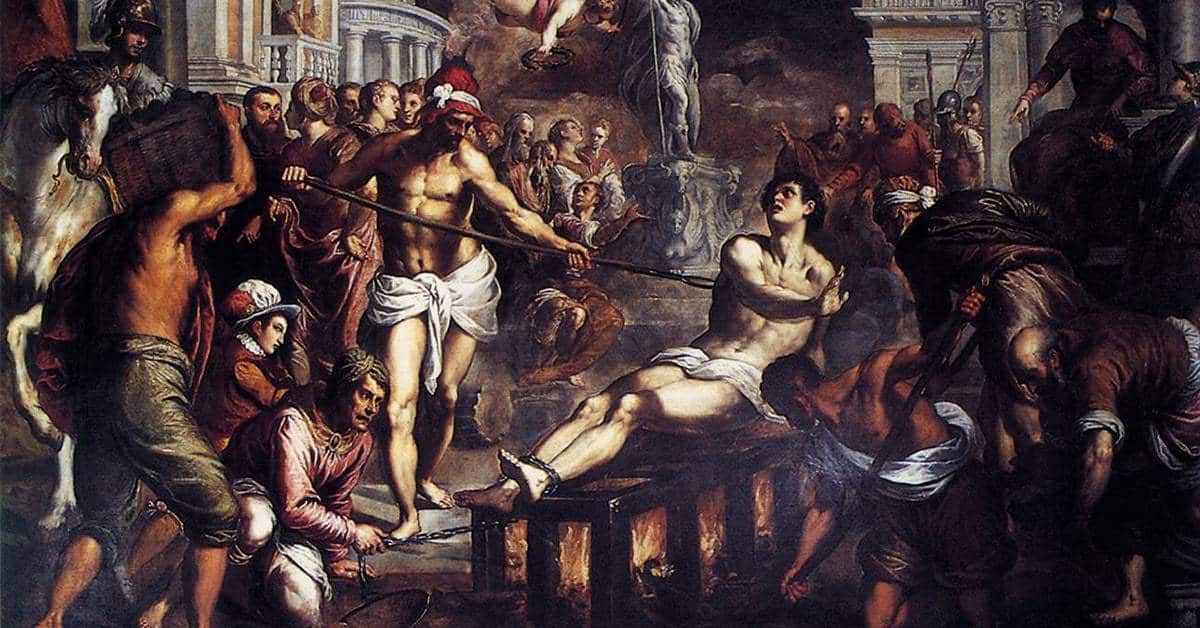 Bizarre Deaths: 12 of History’s Weirdest Deaths, From Antiquity to the Middle Ages

Charles II of Navarre, AKA Charles the Bad (1332 – 1387) was a powerful French magnate, with extensive holdings in Normandy and other parts of France. From 1349, he was also the king of Navarre, a small kingdom on the Pyrenees mountains between France and Spain. He earned the epitaph “the Bad” because of his propensity for intrigues, bad faith dealings, betrayals, dishonesty, and double-crosses as he attempted to expand his kingdom at the expense of France and Spain.

During the Hundred Years War, he plotted with the English to betray France, and was arrested and imprisoned by the French king John II when his treachery came to light. Charles escaped from prison and 1357, and began a series of intrigues with a variety of French parties, betraying nearly all, one after the other. After John II’s death, his successor forced Charles to renounce most of his holdings in France. In 1378, Charles the Bad was forced to cede nearly all of his remaining French holding when evidence of new treachery was discovered, proving that Charles not only planned to again betray France to the English, but plotted to go one better this time and poison the French king.

To the south, Charles’ poor reputation was no better in Spain, where he allied with Peter the Cruel of Castile against Peter IV of Aragon in 1362, only to turn around and betray Castile the following year, allying with Peter IV against Peter the Cruel. In 1378, Castilian armies invaded Navarre and Charles was forced to flee. Out of allies, having betrayed them all, Charles was forced to agree to a humiliating treaty that defanged his kingdom and reduced him and his realm to Castilian clients.

Charles the Bad’s bizarre death came in 1387 when an illness that impeded the use of his limbs led a physician to prescribe that he be swaddled from head to foot in linen cloth steeped in brandy or other spirits of wine. A maid, tasked with securing the swaddling cloth snugly around the king’s body by sewing it in place with yarn, realized when she was done that she had no scissors with which to snip the excess yarn. Resorting to a common alternate method for thread cutting, she reached for a candle to use its flame to burn off a section of yarn. The alcohol-infused cloth caught on fire, and Charles the Bad, tightly swaddled in the burning linen, was unable to escape. He suffered horrific burns all over his body and lingered for two weeks in extreme agony before he finally succumbed.

George Plantagenet, 1st Duke of Clarence (1449 – 1478) was the younger son of Richard, Duke of York, whose struggle to secure power precipitated the Wars of the Roses between the houses of York and Lancaster, and the brother of King Edward IV of England, against whom he engaged in several ill-advised conspiracies, which ultimately brought about George’s doom.

After his brother broke the Lancastrians at the Battle of Towton in 1461, deposed the Lancastrian king Henry VI, and had himself crowned in his place as Edward IV, George was made Duke of Clarence. The following year, although only 13 years old, he was also made the Lord Lieutenant of Ireland. As he grew into early manhood, George idolized and came under the influence of Richard Neville, Earl of Warwick, AKA “The Kingmaker”, and married Neville’s daughter in defiance of the king’s plans to marry him into a European royal family to secure a dynastic alliance.

Neville, the Kingmaker who had been instrumental in deposing the prior Lancastrian king Henry VI and replacing him with Edward IV, fell out with king Edward and deserted to the Lancastrians. George rewarded his brother’s earlier generosity with betrayal, took his father-in-law’s side, and despite being a member of the York family, switched his support to the Lancastrians. With the Kingmaker’s machinations, George’s brother Edward IV was deposed and forced to flee England in 1470, and the once-deposed Lancastrian King Henry VI was restored to the throne.

However, George started to mistrust his father-in-law, the Kingmaker, and switched his support back to his brother. Edward IV returned to England in 1471, defeated the Lancastrians in a battle during which the Kingmaker was killed, was restored to the throne, and ensured that the twice deposed Henry VI would trouble him no more by having him murdered, after having already executed Henry’s son and sole heir. Edward pardoned his younger brother George and restored him to royal favor.

George’s bizarre death came in 1478, after he once again betrayed his elder brother, and was caught plotting against the king. Finally fed up with his wayward sibling, Edward IV ordered George arrested and jailed in the Tower of London, and had him put on trial for treason. Personally conducting the prosecution before Parliament, Edward secured a conviction and Bill of Attainder against George, who was condemned to death. On February 18, 1478, George Plantagenet, 1st Duke of Clarence, was executed by being dunked into a butt, or big barrel, of Malmsey wine, and forcibly held under its surface until he was drowned.

Medium – The Viking King Who Died of Head Bite