A Countdown of History's 16 Most Influential and Formidable Mercenaries 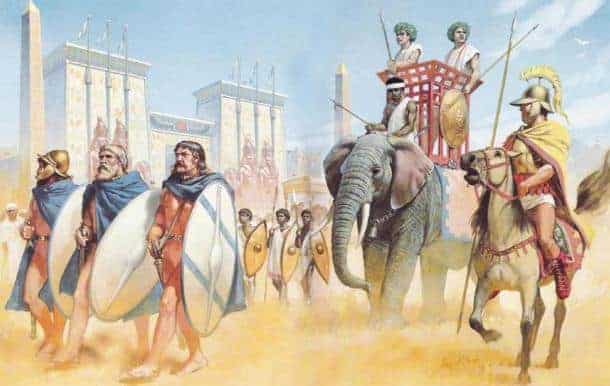 A Countdown of History’s 16 Most Influential and Formidable Mercenaries

2 – Hernan Cortes’ Conquistadores Were Among History’s Most Successful Mercenaries

Spanish conquistador Hernan Cortes and a small force of mercenaries landed on Mexico’s eastern coast in February of 1519. After subduing the region surrounding today’s Vera Cruz, they marched inland towards the Aztec capital of Tenochtitlan, defeating and allying with natives en route. Those who refused to join the Spaniards were massacred, as occurred in the city of Cholula. As Cortes described it, after capturing the city, he destroyed and burned it to the ground, while his conquistadors ran riot, killing about 3000 Cholulans in a few hours. Another Spanish eyewitness put the number of massacred Cholulans as high as 30,000. By the time Cortes reached Tenochtitlan, his core of mercenary conquistadores was surrounded by a large native army.

Montezuma II, the Aztec ruler, was indecisive. He invited the conquistadors into Tenochtitlan in November of 1519, hoping to better understand them. However, he foolishly plied them with lavish gifts of gold, which only excited their lust for plunder. The Spaniards treacherously seized Montezuma in his own palace, then ruled Tenochtitlan and the Aztec Empire through the captive emperor, whom they held as a hostage.

In April of 1520, Cortes had to return to Mexico’s east coast in order to ward off another Spanish expedition sent to oust him, and left 200 Spaniards behind under a trusted deputy. While Cortes was gone, his deputy massacred thousands of Aztecs in Tenochtitlan’s Great Temple, triggering an uprising. Cortes hurriedly returned to Tenochtitlan and trotted out the captive Montezuma in an attempt to placate the natives, but the livid Aztecs stoned the Spaniards’ puppet ruler to death.

Cortes fled Tenochtitlan, then returned with a powerful native army to subdue the city. After vicious street by street fighting that wrecked much of the Aztec capital, Cortes finally subdued the city, whose population had been decimated by Old World diseases against which the natives had no immunity. The Spanish built Mexico City and their colony of New Spain atop the ruins of Tenochtitlan and the Aztec Empire.

1 – Francisco Pizarro and His Men

Francisco Pizarro repeated against the Incas of South America what Hernan Cortes had visited upon the Aztecs of Mexico. Indeed, Pizarro’s dealings with the Incan emperor Atahualpa were even worse than those of Cortes with Montezuma a decade earlier. As with Cortes, Pizarro’s efforts also led to genocide, the destruction of a native empire, and its replacement by a new Spanish domain.

Pizarro landed in Peru in 1532, and after establishing a small colony, he set off to conquer with a small force of about 200 mercenaries. En route, he was met by an envoy from the Inca ruler, Atahualpa. The Inca invited the Spaniards to visit him at his camp, where he was resting with an army of about 100,000 men, having recently defeated a brother with whom he had briefly shared the empire.

A meeting was arranged for November 16th, 1532, in a plaza in the town of Cajamarca. Pizarro set off to meet Atahualpa with 110 infantry and 67 cavalry, armed and armored with steel, plus three arquebuses and two small cannon. On the eve of the meeting, Pizarro outlined for his men an audacious plan to seize Atahualpa, inspired by Cortes’ seizure of Montezuma. On the appointed day, Atahualpa left his army camped outside Cajamarca, and arrived at the town’s plaza on a fine litter carried by 80 high ranking officials. He was trailed by about 5000 Inca nobles and other courtiers, richly dressed in ceremonial garments, and unarmed except for small ceremonial stone axes.

The Spaniards were concealed in buildings surrounding the plaza, with cavalry hidden in alleys leading to the open square, and fell upon Atahualpa and his party at a signal from Pizarro. A massacre ensued. The unarmored natives proved no match for the Spaniards’ steel swords, pikes, bullets, or crossbow bolts, while the Incans’ ceremonial stone axes proved useless against Spanish plate armor.

Atahualpa was captured, and he sought to buy his life by offering to fill a room measuring 22 by 17 feet, up to a height of eight feet with gold, and twice with silver. Over the next eight months, the Incas gathered gold, silver, jewels, and other valuables to placate the Spaniards, who proved insatiable and kept upping their demands. After the payments were made, Pizarro reneged on the deal, and put Atahualpa through a sham trial. The Inca ruler was convicted of rebellion, idolatry, and murdering his brother. Atahualpa was sentenced to death by burning, but was spared that fate by agreeing to get baptized as a Catholic, and was executed by strangulation instead.

Ancient Origins – Vikings in Byzantium: The Varangians and Their Fearless Conquests

History Extra – Cortes and Montezuma: The Conquering of Tenochtitlan

McLaughlin, Mark – The Wild Geese: The Irish Brigades of France and Spain (1980)

Soldiers of Misfortune – The Varangian Guard