This Day In History: Hitler Introduces the Nuremberg Laws (1935) 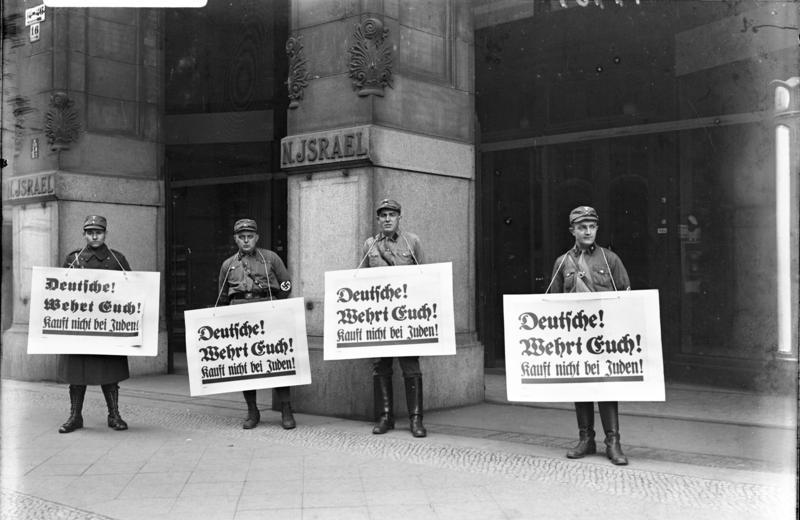 This Day In History: Hitler Introduces the Nuremberg Laws (1935)

Today in history the Nazis in Germany passed the notorious Nuremberg Law. Under the laws, all German Jews are stripped of their citizenship, and they are only regarded as ‘subjects’ of the state. The laws are blatantly anti-Semitic and they shock the world. Some British and European intellectuals and commentators compare them to the laws in Medieval Europe that discriminated against the Jews. Hitler after becoming Prime Minister or Chancellor of Germany in 1933, began to expand his powers and eventually he made himself dictator. He sought to remake the country according to his ideas, that were first outlined in his Book Mein Kampf. From an early date, Hitler expressed anti-Semitic views. However, during his election campaigns he had tended to tone down his views and rarely attacked the Jews.

Within a year of Hitler taking power, German Jews are the subject of a series of discriminatory measures. They are prevented from practicing certain profession such as teaching and they are banned from the radio, film and the stage. For a time, they are still allowed to practice law and medicine but they are gradually excluded from these professions also. Soon ‘No Jews allowed” signs are appearing all over Germany and they are banned from many public places and gatherings. The Nuremberg Laws have far-reaching consequences for the Jews in Germany. They are forbidden to marry Aryan Germans or to have any sexual relations with them. They could not take an Aryan servant or employee under the age of 35. Increasingly Jews could not carry out their business and many were fired from their jobs. They even had problems buying groceries and they often had to pay higher prices that other Germans. Some Jews are even denied medical treatment. Hitler had officially enshrined anti-Semitism into German life.

The world’s reaction to Hitler’s shocking treatment of the Jews was muted. There was little overt condemnation from governments. In the 1930s there was widespread anti-Semitism and there was little sympathy for the Jews. Moreover, many in the democratic world regarded this as only a ‘phase’ and that the Germans would eventually drop the Nuremberg Laws. No-one at this stage realized what Hitler was planning. The Nuremberg Laws are only the beginning and the Jews would suffer ever greater persecution in the years to come. The laws were part of the process of laying the grounds for the ‘Final Solution’ when Hitler would attempt to exterminate European Jewry.