This Day In History: The Last German Units Surrender At Stalingrad (1943) 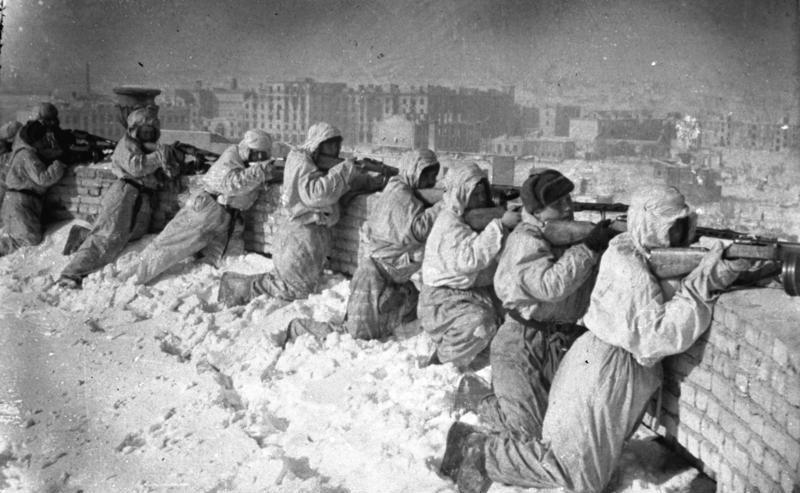 This Day In History: The Last German Units Surrender At Stalingrad (1943)

On this day, in 1943, the last German units in Stalingrad surrender to the Soviets. They had fought on even after the majority of the 6th army had capitulated to the Red Army. These surrenders were despite the fact that Hitler had explicitly forbade any German soldier or officer to surrender. He had ordered every German at Stalingrad to die before surrender. He believed that if the German’s refused to surrender that somehow they would prevail or at least tie up a significant number of Soviet divisions. Ironically, Stalin had also issued similar orders to Soviet soldiers and they were ordered to die than surrender.

The Battle of Stalingrad had begun the summer before. A large German force had been ordered to attack the city, which was a major transport hub. General Frederic Von Paulus led the sixth army and despite several assaults, they were unable to capture the entire city. The city was defended by elements of the Soviet 62nd army, who fought for every street and building. The Soviets had fought on despite being encircled. The brave defense of the 62nd army meant that the Germans were bogged down in the city. They eventually did push the army out of most of Stalingrad. The 6th army’s flanks were guarded by a number of Italian and Romanian divisions. They were poorly led and demoralized troops and they were ill-equipped for fighting on the Russian Steppe.

The Soviets attacked these Axis divisions and they soon overwhelmed them. In total, they captured over 50,000 Romanian and Italian troops. As a result, the Red Army had encircled the 6th army in Stalingrad. The Germans attempted to supply the troops by air but this was a failure. An effort by General Von Manstein to break through to Stalingrad almost succeeded but once again stubborn Soviet resistance prevented the Germans from relieving Von Paulus and his army.

Soon it became clear that the 6th army was doomed. The bitter Russian winter and low supplies resulted in the deaths of many soldiers. The Soviets attacks the trapped army constantly. Soon Von Paulus was forced to accept that surrender was the only option. He asked Hitler for permission but this request was refused. Von Paulus obeyed and he held out until 23rd of January, 1943. Many German units continued to resist the Soviets in Stalingrad. Pockets of German resistance continued until this date in 1943.

The Battle of Stalingrad is widely seen as the beginning of the end of the German army on the Eastern Front. Von Paulus later joined a pro-Soviet group of German POWs and made broadcasts that urged German troops to surrender.