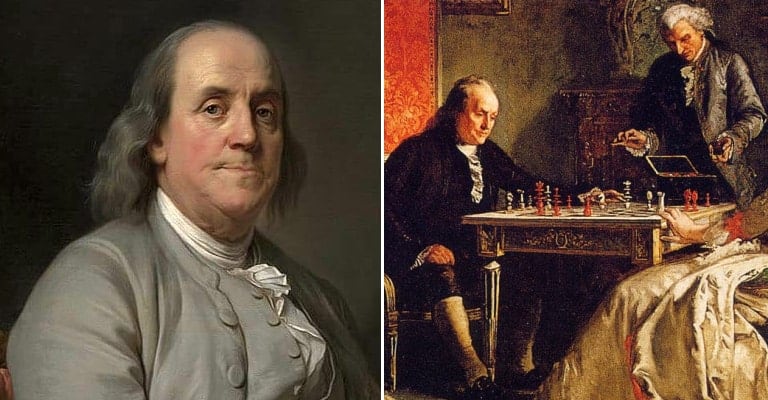 20. Benjamin Wrote A Essay About Farting

In 1781, Benjamin Franklin wrote a scientific essay about farting and published it. This essay not only talks about why humans need to fart, looking at it through a scientific way, but it also discusses that people can use the smell of farts to better their body odor. Franklin believed that if we studied the smell of farts, we would learn what was good to eat and what was not good to eat. He felt that if we ate what smelled the best, once it passed, we would have better body odor.

19. Benjamin Franklin Wrote An Essay Which Angered The British Government

Benjamin Franklin was a very opinionated person, and he often wrote his opinions down in the form of an essay where he would then publish it. One of these essays was about how the population of the American Colonies was growing so fast that he believed it would surpass the people of Great Britain within 100 years. This idea angered the British Government so much that it gave them more of a push to start the American Revolution.

While Benjamin Franklin owned two slaves throughout his life, they helped him in his printing office, and at home, he would eventually become an abolitionist. Benjamin’s belief in abolition grew in the 1760s after he became impressed by the work ethic of his slaves. In the 1760s, Benjamin Franklin wrote to a friend that he was surprised by their intelligence and felt if, given the opportunity, they could do great things. By the time Franklin passed away, he had been the president of the abolitionist group that pushed for the education of the African race so that they could live freely.

Benjamin Franklin invented the glass armonica, also known as harmonica, in 1761. Originally the harmonica was created as a gift to his daughter so that they could play music together. Franklin made the glass harmonic while he worked as a glassblower in London. He put about a dozen glass bowls together, each with their own size, shape, and sound. This invention quickly took off in London and soon famous musicians, such as Beethoven and Mozart were composing music with it. Unfortunately, the glass harmonica would become a forgotten instrument by the 1820s.

16. Benjamin Franklin Was The Last Founding Father To Get On Board

Benjamin Franklin did not believe that the American Colonies should separate from Great Britain until right around the time of the American Revolution. In fact, Franklin was the last Founding Father to join the committee in coming up with the documents so American could become an independent country. The turning point for Franklin was when Britain wanted to tax the American Colonies over the French and Indian War. Franklin wrote and published two essays about the issue. The British government wanted to find the originals so that they could arrest Franklin for treason, but they never saw the originals.

15. Benjamin Franklin Known For His Humor

Benjamin Franklin liked to tell jokes and his known for his humor. In fact, many people believed that Franklin could not have a conversation without saying a joke. This truth is the biggest reason why they did not task Benjamin Franklin with writing the draft of the Declaration of Independence. The other Founding Fathers did not want Franklin to write the draft because they were all afraid he would put too much humor into the Declaration of Independence and no one would take it seriously.

Even after Benjamin Franklin joined the Continental Congress and became a Founding Father, his oldest son, William Franklin, continued to support Great Britain. William did not believe that the American Colonies should separate from Britain, not even when his father joined on the side of the Patriots. In fact, William felt so strongly towards the British that he refused to give up his position as royal governor of New Jersey, which sent him to a colonial prison.

Before the American Revolution, Benjamin Franklin and his oldest son, William, had a wonderful relationship. Unfortunately, the father and son became estranged when Benjamin started fighting for American independence and William continued to support the British. Franklin wrote his son out of his will after William refused to step down as royal governor of New Jersey. Franklin spoke to William for the last time in the 1780s, when Franklin was traveling back to America from France.

12. Franklin Became The First Person To Map The Gulf Stream

In total, Benjamin Franklin made about eight trips along the Atlantic Ocean. Because of this, he started to know the waters well. Franklin also noted that there was something off about the maps along the Atlantic Ocean. Therefore, Franklin took it upon himself to fix the map. He corrected the route by adding what became known as the Gulf Stream, which is a swift and warm current that originates from the Gulf of Mexico and stretches to the tip of Florida.

11. Benjamin Franklin’s Created His First Invention As A Child

10. Franklin Received An Induction Into The Chess Hall Of Fame

Benjamin Franklin became a pioneer in many areas of everyday life. Other than creating the first swim fin, Franklin also became known as a great Chess player. In fact, Franklin had a strong passion for the game of Chess and received an induction into the United States Chess Hall of Fame in 1999. Historians came to find that while the game was not popular in Franklin’s time, he often made it popular wherever he lived at the time.

8. Franklin Strived To Live By 13 Virtues

As stated before, Benjamin Franklin wrote about anything he felt or believed people could improve on. One of these issues was the need for better fire protection. Through a series of articles, he wrote and published in the Pennsylvania Gazette, Franklin discussed the idea of better fire protection, and soon others came into action to help with this idea. Together, this group of people established the Union Fire Company of Pennsylvania in December of 1736, which makes this the first volunteer fire department. Over time, the fire department also became known as Benjamin Franklin’s Bucket Brigade.

6. Benjamin Franklin Was A Fashion Icon

It seems that nearly everything Benjamin Franklin did in his life, he succeeded. This concept is even real when it came down to fashion. While Benjamin Franklin wore the same types of suits that many other men of his day and social class wore, he became known as a fashion icon in France. This idea was especially true when Franklin would wear his plain American clothes with a rustic fur hat. This look especially caught on for women of the time, and soon they were wearing fur hats wherever they went.

Franklin lived in London for nearly 20 years while he was an ambassador for America. During this time, Franklin lived in a home which was renovated by the Friends of Benjamin Franklin House in 1998. The plan was to restore the house so it could become a museum. While this house is now a museum, during renovation contractors found more than 1,000 human bones in the basement. Of course, this secret was taken to the grave by Franklin so we may never know exactly why but some believe it was because Franklin was into the anatomy. 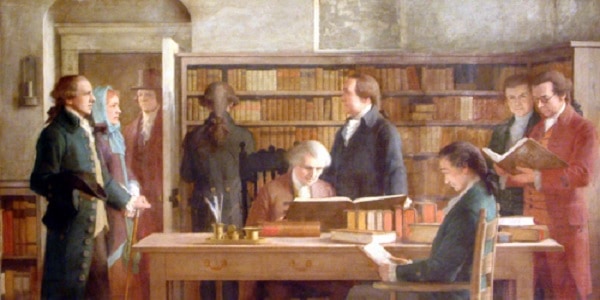