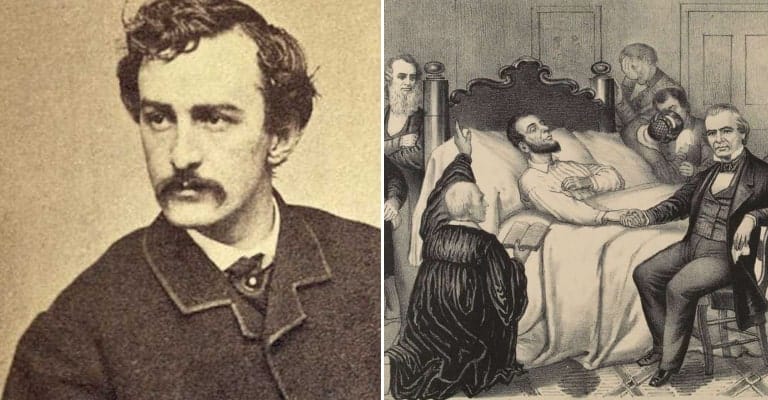 21. The Military Tribunal and the conspirators

The trial of eight conspirators charged with complicity in the murder of Abraham Lincoln began on May 9, 1865, less than a month after the crime had taken place. The eight defendants were; Samuel Arnold, George Atzerodt, Dr. Samuel Mudd, Michael O’Laughlen, Ned Spangler, Lewis Powell (Paine), Mary Surratt, and David Herold. The tribunal was headed by Major General David Hunter, one of its prominent members was General Lew Wallace, who later authored Ben Hur. The tribunal was authorized by President Andrew Johnson, who was the only resort to an appeal.

All of the defendants were under the shadow of the death penalty, which required a two-thirds majority vote of the nine members. A simple majority was all that was required for conviction on each charge. The defendants were tried simultaneously. Over 350 witnesses testified over the course of the seven-week trial, and in the end, all of the defendants were found guilty. Four – Surratt, Atzerodt, Powell, and Herold, were sentenced to death and hanged in July 1865. With the exception of Spangler, who received six years in prison for temporarily holding Booth’s horse, the others were sentenced to life imprisonment.

22. Making certain the assassin was the man killed at the Garrett farm

Booth’s body was conveyed by wagon to Belle Plain, placed on a steamer to Alexandria, where it was transferred to a tugboat. The latter carried it to the Washington Navy Yard and USS Montauk, which later served as a prison for the conspirators as they were rounded up. In Washington, Booth’s body was viewed and confirmed as he by ten individuals who had known him in life. Among them was Washington photographer Alexander Gardner, who had photographed the actor in life, and did so again in death. None of the persons who viewed the body expressed any doubt that it was John Wilkes Booth.

Nonetheless, in the late 19th and early 20th centuries, rumors of Booth’s escape from the manhunt persisted. In 1869 Booth’s body was released to his family (it had been interred in a Washington prison) and was again positively identified by family members and associates in life, including John T. Ford, the owner of Ford’s Theater at the time Lincoln was assassinated. He was buried in the Booth family plot in Baltimore, though his grave is unmarked. Rumors that Booth was not the man killed at Garrett’s farm in 1865 continued into the 21st century, despite overwhelming evidence that he was.

Immediately following the assassination of Abraham Lincoln, Ford’s Theater, which had opened in 1863, was seized by the federal government. Congress eventually paid owner John T. Ford compensation for the building and ordered that the site never again be used for public entertainment. The War Department assumed control of the building, and it was used for records storage, with offices maintained on the second floor by the Surgeon General’s office. In 1887 the entire building was used as office space for War Department clerks.

The front façade collapsed in 1893, killing 22 government workers, and the building was repaired and continued to be used as a records storage facility. In 1911 the building was abandoned. Eventually, after having passed between several government bureaucracies it became part of the National Park Service. Along with the Petersen House across the street, it is part of the Ford’s Theatre National Historic Site.

24. The manhunt for Booth was the largest in American history until 1933

The search for the killer of Abraham Lincoln remained the largest in the history of the United States until John Dillinger escaped from custody in 1933 and was eventually killed in 1934. Well over 1,000 federal troops, provost marshals, hired detectives, and the Washington police took part in finding Booth and his accomplices, and hundreds were swept up in dragnets in the District of Columbia, Maryland, and Virginia. Eventually, it reached into Egypt, where John Surratt, son of the hanged Mary, was finally arrested and extradited to America.

Surratt was tried in a civilian court, rather than before a military tribunal, and was released after a mistrial in 1867 (hung jury) He was never retried. His was the final trial resulting from the Lincoln assassination and the only one conducted in a court of law. In 1869, President Johnson pardoned the other three surviving Lincoln conspirators, Dr. Mudd, Spangler, and Sam Arnold.

“Documenting the Death of An Assassin”. Ashley Luthern, Smithsonian.com. May 5, 2011