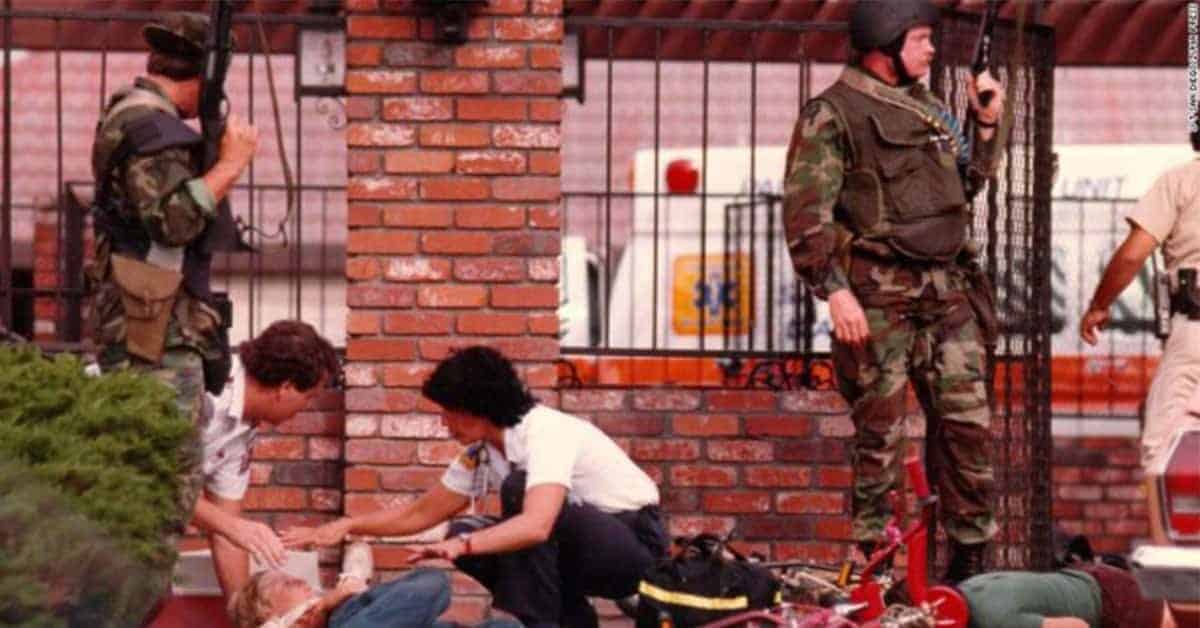 The San Ysidro McDonald’s massacre was a mass shooting that occurred in and around a McDonald’s in the San Ysidro neighborhood of San Diego on July 18, 1984. 41-year old James Huberty shot and killed 21 people and injured 19 others before he was fatally shot by the SWAT team.

On July 15, 1954, Huberty mentioned to his wife, Etna, that he might be mentally ill. Two days later, on July 17, Huberty called a mental health clinic requesting an appointment. The following morning, the morning before the massacre, Huberty took his wife and his daughters to the San Diego Zoo. Huberty told his wife that he felt as if his life was over because the mental health clinic never returned his phone call. He stated that “society had their chance.”

When they returned home from the zoo, Huberty kissed his wife goodbye and told her that he was “going hunting humans.”

At about 4:00 in the afternoon, Huberty pulled into the McDonald’s parking lot. The shooting began.

At 5:17, the SWAT sniper on the roof of the post office across the street had a clear view of Huberty. He fired a single round, killing Huberty.

McDonald’s donated the land to the city and a monument has been erected on the grounds, commemorating the deceased.

UPI – Mass Killer’s Widow Thinks Massacre Could Have Been Prevented

UPI – The Widow Of Mass Slayer James Huberty Has Received The First Grant From The $1.2 Million

Maclean’s – The Massacre At Mcdonald’s

You May Also Intereted: