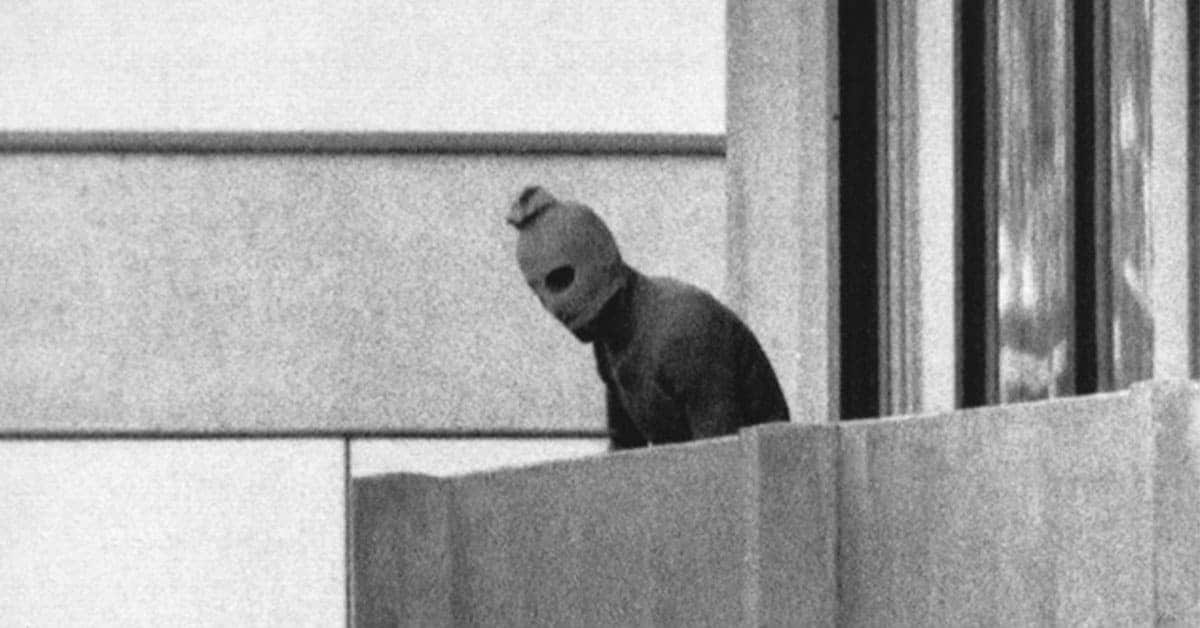 The Munich massacre was an attack during the 1972 Summer Olympics in Munich, West Germany. Eleven Israeli Olympic team members were held hostage and subsequently killed, along with a German police officer, by the Palestinian terrorist group Black September.

Black September demanded the release of 234 political prisoners jailed in Israel. Black September called the operation “Iqrit and Biram” after two Palestinian Christian villages whose inhabitants were expelled by the Israeli Defense Force in 1948.

At 4:30 in the morning on September 5, eight members of the Black September faction of the Palestinian Liberation Organization snuck into the Olympic Villages. The terrorists used stolen keys to enter two apartments being used by the Israeli team. During the attack, wrestling coach Moshe Weinberg knocked one intruder unconscious and cut a second with a knife before being shot to death. Weightlifter Youssef Romano, a veteran of the Six-Days War, also attacked and wounded a terrorist before being castrated and murdered.

Two Bell UH-1 military helicopters were the terrorists were lead to believe would transport the terrorists and hostages to a NATO airbase. An armed assault was planned to take place at the airport. Five German policemen were deployed around the airport in sniper positions however, none had the appropriate training. A Boeing 727 jet was ready on the tarmac with sixteen German police inside dressed as flight crew. At the last minute, the German police voted to abandon the mission when the crisis team discovered that there were eight terrorists rather than two or three.

When the terrorists realized they had been lured into a trap the snipers started to fire. The terrorist then started to execute the Israeli athletes.

Police officers killed five of the eight Black September terrorists during a failed rescue attempt. The three survivors were released from West German prison after Lufthansa Flight 615 was hijacked by Palestinian Black September sympathizers in order to liberate the imprisoned terrorists. West German authorities complied and the liberated terrorists were granted asylum by Muammar Gaddafi in Libya.

The Guardian – 50 Stunning Olympic Moments No 26: The Terrorist Outrage in Munich in 1972