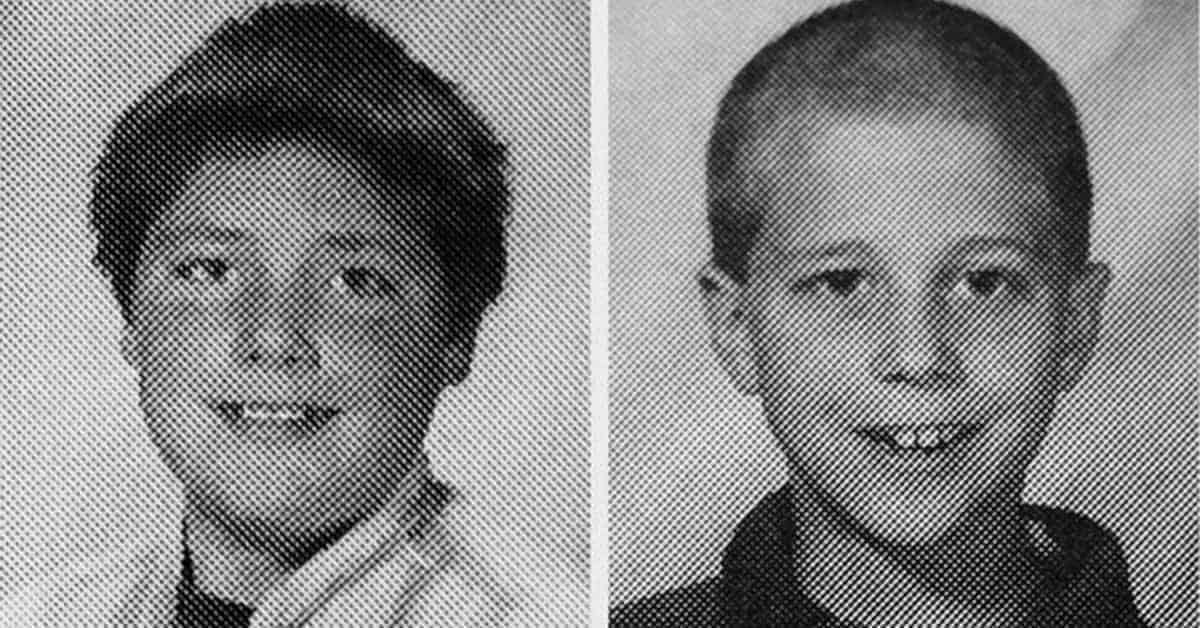 When Mitchell was seven his parents divorced and he moved to Jonesboro, Arkansas. His mother remarried an inmate at the prison where she worked as a guard. When Mitchel was twelve, he was charged with molesting a 3-year-old girl while on vacation in southern Minnesota but the record has since been expunged.

Andrew Golden was born and raised in Jonesboro. Golden was said to have a good relationship with his parents. He was raised to be familiar with firearms and was given his first gun by his father when he was six years old.

The boys were both students at Westside Middle and they became friends on the school bus. The boys were known to bully other students and spoke often of joining gangs and doing drugs. Johnson had, at one point, threatened to kill sixth-grader Candace Porter, his former girlfriend who ended their relationship. Golden often got into fist fights with the other students. A classmate accused him of killing her cat with a BB gun.

Golden and Johnson planned their attack. On the night before the shooting Golden and Johnson stocked Johnson’s mother’s minivan with camping supplies, food, weapons, and ammunition. The next morning the boys drove the van to school. Golden pulled the fire alarm and ran to the woods where Johnson prepared the weapons. When the school children and teachers poured out into the school yard, the boys opened fire. Johnson and Golden killed four female students and one pregnant teacher, and wounded ten others. Johnson and Golden were captured by the police as they tried to escape back to their van.

The boys were tried as juveniles. Johnson was 13-years-old and Golden was 11-years-old. They were found guilty of five counts of murder. Johnson and Golder were taken to Alexander, Arkansas to be placed in the Arkansas Juvenile Assessment and Treatment Center, Arkansas’ most secure juvenile facility. They were sentenced to detention until they turn 21. Johnson was released in 2005 and golden in 2007.

Had Johnson and Golden been older the Jonesboro prosecutor would have sought a death sentence for the two. The two children were among the youngest people ever charged with murder in American history.