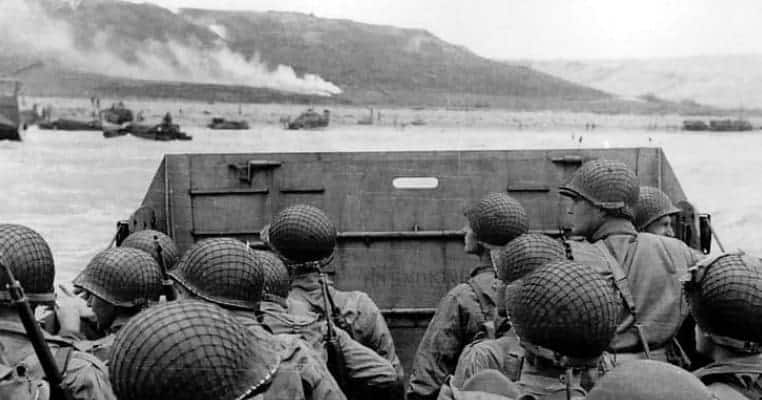 8. Becoming known afterward as the “Little Stalingrad of the North”, more than 150,000 individuals lost their lives during the retaking of the Russian city of Velikiye Luki during the winter of 1943-1944

Executed by members of the Red Army’s Kalinin Front as part of the wider Operation Mars, the Velikiye Luki Offensive was launched on November 19, 1943. Designed to recapture the eponymous city, initially seized by the Wehrmacht on July 19, 1941, as part of Operation Barbarossa, Velikiye Luki was regarded as an important strategic asset, possessing a north-south railroad as well as a separate railway network and overseeing an assortment of bridges. Heavily fortified by the Germans, as a result, the Soviet offensive, unable to simply advance, successfully sought to encircle the city and cut off land routes to isolate the enemy.

Refusing the chance for an early breakout by Hitler, the garrison was ordered to hold at all costs whilst a relief force sought to counter-attack from the south to break the encirclement. Resulting in an escalation of soldiers on both sides, the Soviets repeatedly sought to breach the city despite fighting against entrenched troops in harsh winter and precipitating major casualties. Nevertheless, suffering depletion in supplies and ammunition, following repeated failed attempts to break the encirclement, the German garrison was forced to surrender on January 16, 1944. Suffering a combined total exceeding 150,000 casualties, the liberation and captured transport network exposed critical German lines to further encirclement and flanking.

7. A lesser-known but nevertheless vital aspect of the Allied victory in World War Two, the Battle of the Scheldt saw the Belgium port of Antwerp captured to permit easier supply for the advancing armies in France

Following the Allied breakout at the Battle of Normandy in June 1944, as troops progressed deeper inland into France they increasingly drew further away from the initial coastal supply lines, becoming one of the most prominent factors slowing the otherwise rapid Allied advance. Unable to easily capture ports, with the German Army given explicit instructions to hold strategically located harbors to preclude their use for resupply by the Allies, plans to open up shipping routes to Antwerp, Belgium, were drawn up to address the troublesome situation. Initiated on October 2, 1944, the First Canadian Army sought to assault the by-then well-established Wehrmacht lines.

Impeded by the Germans, who had flooded the Scheldt Estuary to slow the Allied attack, the Canadians were forced to engage in several amphibious assaults across the impassable land. Becoming one of the most costly engagements for Canada throughout the entire conflict, more than six thousand – representing in excess of one in ten – were killed, with the same number again wounded. Lasting until November 8, the resolute German garrison was eventually forced to surrender after six weeks of constant fighting, opening up the city’s harbors to the Allies. Re-energizing the Allied advance, in recognition of the importance of the Allied success, Antwerp became the most targeted city by V-2 rockets and a primary objective for the Germans in the Battle of the Bulge.

6. Although technically preceding the Second World War at the start, the Battles of Khalkhyn Gol were a series of precursor border conflicts in the weeks prior to the invasion of Poland between the Soviet Union and the Empire of Japan

After the Japanese occupation of Manchuria in 1931, the expansionist Pacific Empire increasingly turned its attention towards bordering Soviet territories. First clashing in 1938, the puppet state of Manchukuo was occupied by the Kwantung Army of Japan, comprising many of the finest professional soldiers available, whom on May 11, 1939, engaged a Mongolian cavalry unit in a skirmish. Following the incident, both the Soviets and Japanese dramatically increased their forces in the area, with the Soviets also dispatching Zhukov to serve as commander. Striking first on June 27, without prior authorization from Tokyo, the Japanese attacked a Soviet airbase at Tamsak-Bulak.

Escalating into a full-scale assault, the Japanese initially succeeded in crossing the Khalkhyn Gol – a river separating the primary battlefield – but Zhukov mounted a counter-offensive to push the enemy back on July 5. Sparring back and forth for weeks, with both sides suffering heavy casualties, the battle entered into a prolonged stalemate. Finally, with the war in Europe imminent, Zhukov launched a major offensive designed to end the conflict on August 20. Devastating the Japanese with a sudden aerial and armored attack, the Soviets, having pushed back the invaders, quickly signed a ceasefire on September 15 – two days before the Soviet invasion of Poland.

5. The highest net casualty battle fought by American forces during the Second World War, the Battle of Luzon saw the Allies retake the Luzon island group three years after being forced to capitulate to the Japanese in the Philippines

Regarded as of great strategic importance, the loss of the Philippines stung the pride of General MacArthur immensely. Within only a few months of the defeat in 1942, he sought to convince Admiral Nimitz, U.S. Pacific Commander, of the need for an attempted recapture. Forced to wait until victory was certain, with a base of operation closer to Luzon necessary before an attack, on January 9, 1945, MacArthur finally got his wish. Attempting to deceive the Japanese into thinking an attack would originate from the south, the assault – codenamed S-Day, was launched instead from the north involving more than seventy Allied warships.

Facing sustained opposition from kamikaze aircraft, with the Ommaney Bay destroyed by one such attack, the Allies nevertheless successfully landed 175,000 troops along a twenty-mile beachhead over the following days. Advancing south toward Manila, limited opposition was met until approaching the capital city on February 4. Entering Manila on February 11, the surviving Japanese were forced into the mountainous surroundings to wage guerilla warfare. Holding out for months, and in some cases years even, the defeat for the Japanese was staggering, losing more than 205,000 lives – many from disease – to the American’s 10,640 on top of at least 120,000 Filipino civilians and military casualties.

4. Regarded by Eisenhower as one of the fiercest engagements of the Second World War, the Battle of the Reichswald saw fifty thousand Allied soldiers attempt to breach the German lines and ensure easy crossing over the Rhine and into Germany

Determining the best route into Germany would be across the relatively flat lands of northern Europe, encompassing the industrial heartlands of the Ruhr, Allied generals resolved the need to clear German presence west of the Rhine prior to attempting a crossing. Divided into a pincer movement, Operation Veritable – later known as the Battle of the Reichswald – served as the northern half of the campaign, with Allied soldiers seeking to gain command over the heavily forested and thawed flood plains of the Rhine. Engaging the entrenched German defenders on unfavorable ground in poor conditions on February 8, 1945, advance air raids of colossal proportions failed to dislodge the Axis positions.

Despite sending a combined force of fifty thousand Allied soldiers, mostly British and Canadian, the Germans, under orders to not give ground, held firm against the onslaught. Impeded by flooded ground, trees, and minefields, the Allies were forced to gradually pick apart the enemy defenses over the course of weeks. Eventually able to cross the Roer after waters subsided on February 23, the German lines were flanked and 230,000 captured. General Eisenhower would later remark the Battle of the Reichswald “was some of the fiercest fightings of the whole war”, with more than sixty thousand combined casualties across just one month and three days.

3. Although a military defeat, the delay caused by the Siege of Lille enabled the evacuation at Dunkirk to be far more successful than it otherwise would have been, saving tens of thousands of professional soldiers who would return to fight again in Europe in 1944

Attempting to retreat on the night of May 27, 1940, only the British Expeditionary forces near Lille, as well as the Third Corps of the French First Army, successfully crossed the Lys. Surrounding the majority of the First Army in Lille, several German Panzer and Infantry divisions subsequently enclosed the remainder and laid siege to the city. Attempting multiple breakouts on the morning of the 28th, the French efforts were mostly in vain, with only a few companies escaping. Fighting house to house across the Lille suburbs for days, with food and ammunition rapidly declining, on June 1 35,000 Allied soldiers were forced to surrender to the Germans.

Although seemingly a devastating defeat for the Allies, postwar perceptions of the Siege of Lille have offered a somewhat more nuanced interpretation. Beginning with Churchill’s The Second World War, who referred to the battle as a “splendid contribution”, it has been argued the encounter delayed the German advance upon Dunkirk for four crucial days. Occupying several divisions otherwise intended to pursue the retreating Allies to Dunkirk, the brave efforts of the doomed soldiers in Lille instead bought sufficient time for the miraculous evacuation of at least an additional hundred thousand soldiers from the French beach.

Located eighty-two kilometers south-east of Smolensk, the town of Yelnya was regarded by the advancing German forces as a strategically sound position from which to launch an offensive towards Moscow. Forming the Reserve Front under Marshall Zhukov, these poorly trained and equipped Soviets were commanded to throw back the Germans from the Yelnya heights and prevent this plan from taking place. Attacking on August 30, 1941, Zhukov, understanding the limitations of the recruits under his command, sought to encircle the Germans and force either surrender or a strategic retreat.

Succeeding on September 3, having suffered 23,000 casualties, the Germans withdrew rather than allow themselves to be surrounded. However, the Soviets in contrast suffered at least 31,000 casualties – with a far higher mortality rate – whilst the town’s 15,000 inhabitants were either killed or enslaved by the retreating Germans. Becoming the first substantial reversal infliction upon the Wehrmacht during Operation Barbarossa, the Soviets exploited the offensive as a major propaganda boon, even allowing foreign correspondents to visit the battlefield. Nevertheless, more recent military assessments have concluded the horrendous losses severely impacted future Soviet defensive capabilities and undermined their ability to contain and withstand subsequent German offensives into Russia.

1. Defining the Winter War between the Soviet Union and Finland, the Battle of Suomussalmi saw 11,500 Finns defeat approximately 50,000 Soviets in a prime example of how a smaller and better-organized force can surpass a numerically superior enemy

Beginning on November 30, 1939, three months after the formal beginnings of World War Two, the Winter War saw the Soviet Union declare war and attempt to seize Finnish territory with a mind towards establishing a puppet communist government. Advancing on Suomussalmi on December 7, the Finns withdrew without contest to the opposite shores of Lakes Niskanselkä and Haukiperä to await the Soviet offensive. Failing to cross the lakes the following day, the Soviets subsequently sought to circumvent the obstacles and attack the Finnish positions from the northwest. Similarly failing, the encouraged Finns were reinforced on December 9 by additional soldiers and initiated a counter-offensive to retake Suomussalmi.

Continually failing in their attacks against the outnumbered Finnish, on December 27 the Finns triumphed and broke the Soviet lines to retake the village. Retreating in panic, the Finns pursued and rolled up supporting regiments of Soviets, pushing them all the way back to the Russian border. Providing a decisive morale boost for the outgunned Finnish army, capturing a huge quantity of valuable equipment in the process, the Soviet Union was forced to reorganize and commit far greater resources than they had originally planned to the campaign. Losing less than two thousand of their own, the Finns had successfully killed almost thirty thousand Soviets and captured more than two thousand more.

“Hell in Hurtgen Forest: The Ordeal and Triumph of an American Infantry Regiment”, Robert Sterling Rush, University Press of Kansas (2001)

“MacArthur and Defeat in the Philippines”, Richard Connaughton, The Overlook Press (2001)

“Anzio: The Friction of War. Italy and the Battle for Rome 1944”, Lloyd Clark, Headline Publishing Group (2007)