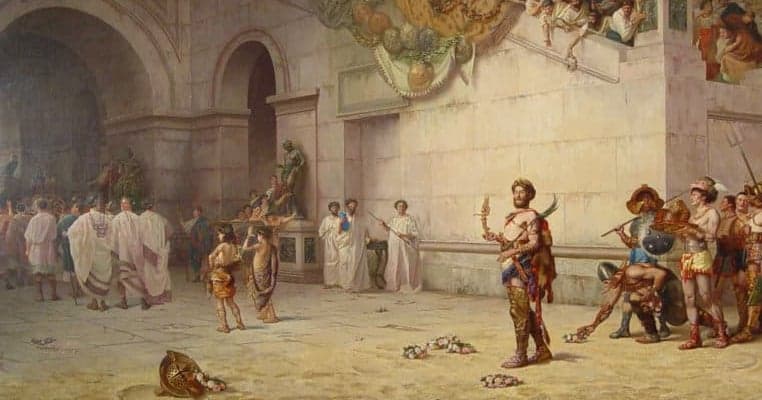 3. Not content with fighting dwarfs and cripples, Commodus fought wild animals in the Colosseum as well – much to the amusement of sneering senators

As well as fighting the disabled and dwarfs in the Colosseum, Commodus also liked to show off his fighting and hunting skills by taking on a wide range of exotic beasts in the arena. And the crowds loved it. According to contemporary accounts, the Emperor would ‘bravely’ take on giraffes, elephants and even a hippo once – all from the safety of an elevated platform in the middle of the arena and safe in the knowledge that his bodyguards were on hand to help if it started to look like Commodus might end up getting hurt.

It wasn’t just helpless large herbivores Commodus fought in the Colosseum. According to the historian Edward Gibbon, the Emperor killed 100 lions in a single day, much to the amusement – and, surely, bafflement – of the Roman people. But rather than getting down from his elevated fighting platform, he preferred to shoot at them with bow and arrows, thereby proving himself to be a skilled huntsman if not necessarily a brave, fearless warrior. What’s more, according to Gibbon, he killed three elephants in an afternoon, and he famously threatened watching Senators with the head of an ostrich he had just killed!