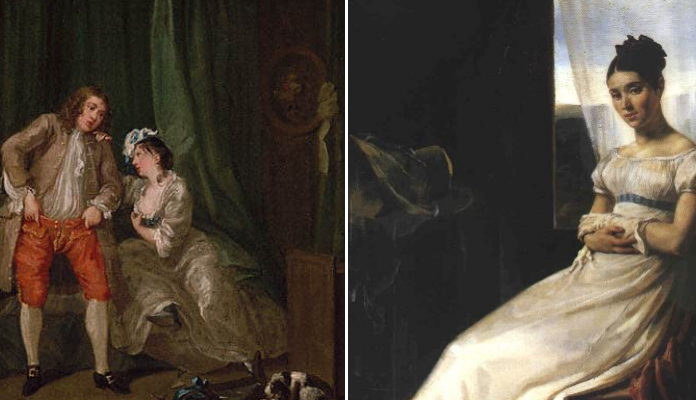 The Regency period is so named due to the Regency of Prince George IV of England, which started with his father, King George III, being declared unfit to rule in 1811 and ended with his father’s death in 1820. The turmoil of the Napoleonic wars marked the period, but it also saw England’s advancement in the realms of culture, architecture, literature, and art. London’s Cumberland Terrace and the writings of Jane Austen are both hallmarks of England’s increasing cultural dominance during the era. In addition to a cultural flourishing, the Regency Era had a distinctly bawdy side with art, literature and cultural practices that are definitely not safe for work.

18. Rotting Pineapples Were a Fascinating Centerpiece

Pineapples are native to South America, which made them somewhat rare treasures in early 19th-century England. Great Britain, even at the height of its empire, never had much of a foothold in South America, which was dominated by Portugal and Spain. Due to the difficulty of importing them from other countries’ colonies, pineapples were so rare and valuable that they were used as treasured displays in the center of tables at banquets instead of being eaten by the guests. It must have been a delight to attend a Regency feast and see such a rare, exotic fruit with your own eyes for the first time.

The scarcity and popularity of pineapples combined to make them a fantastic hand-me-down gift. Upper-middle-class hostesses who lacked the wealth necessary to actually eat the fruit often traded pineapples between them for their upcoming parties. The poor pineapples were passed round and round until they finally rotted away. It must have been far less enjoyable to attend a party and find a moldy, rotten pineapple on display amongst your food for the evening. Pineapples became more widely available in England and the rest of the world in the early 20th century when pineapple production was introduced to Hawaii.