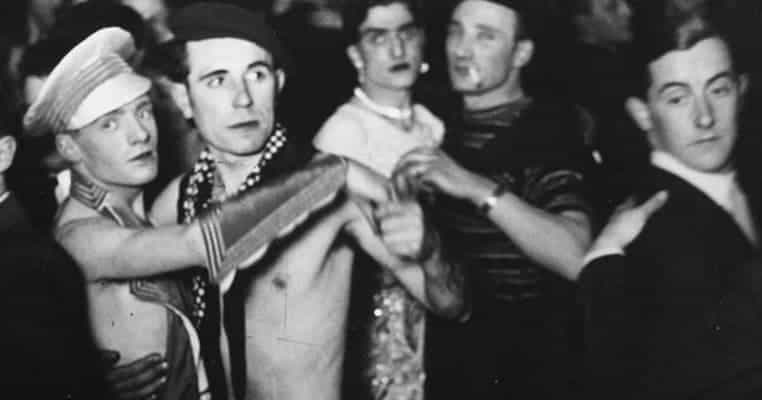 16. Berlin’s party people carried on drinking and dancing as the Nazis came to power, and some even supported the evil new regime

The Berlin cabaret scene of the Weimar period is widely credited with being a staunch opponent of the Nazi movement. And rightly so. From the very start, the stars of the stage would mock the Nazi brownshirts who roamed the streets of Berlin through the 1920s. Big-name acts would also routinely laugh at Adolf Hitler, poking fun at everything from his mustache and hair through to his mannerisms. But in many cases, the mocking was just that, a form of entertainment. Even when it became clear that the Nazis were no laughing matter, in Berlin, the party continued.

As some more recent histories of the Weimar Republic have shown, for all their mocking, Berlin’s clubs and dance halls continued to cash in even as the mood darkened in Germany. Many of the biggest stars carried on performing even as their Jewish colleagues started to leave the country in fear of their lives. Solidarity with Jewish musicians and artists was relatively rare. Indeed, even when it became clear to most people what a Nazi regime meant for Jews and other minorities, the clubs and bars of Berlin were as full as ever, as their guests partied, drank and took drugs like it was 1921 all over again.

Notably, for a short period, the Berlin club scene even fell into bed with the Nazis. In February of 1934, Moka Efti, regarded as one of the ultimate icons of the Weimar era, hosted a special party to celebrate the first anniversary of the Nazi party coming to power. According to the records, after a lavish banquet, the compere led the club’s guests in toasting Hitler, with “three Sieg heil for Germany’s Fuhrer and savior.” Similarly, over at the Eldorado, for many years one of Berlin’s main gay and lesbian venues, the owner closed the venue and handed the premises over to the Nazi SA. The once-infamous venue became the headquarters of the brownshirts in Berlin.