Marketing Hitler: How Adolf Hitler’s Image was Overhauled to Win the German People 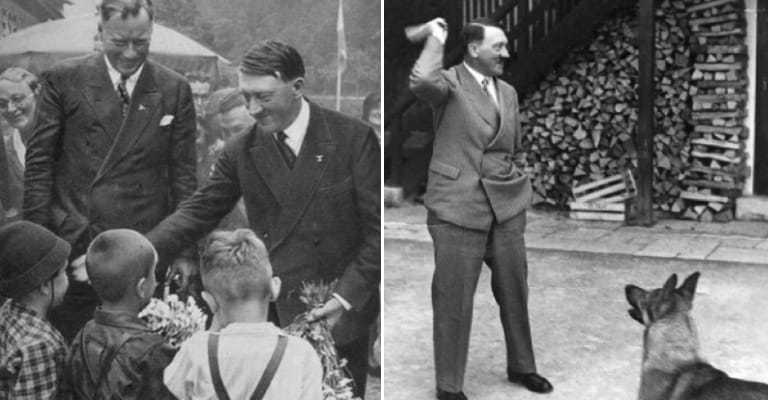 Marketing Hitler: How Adolf Hitler’s Image was Overhauled to Win the German People

In March 1932, the German National Socialist or Nazi Party expected elections to catapult them into power. Instead, they suffered a massive slap in the face when the German people once again plumped for safe, conservative politics in the form of Heinrich Bruning’s Catholic Centre party and the German president Paul Von Hindenburg. The Nazis had to settle for a frustrating second. However, with Germany economically and politically unstable, more elections were sure to follow. The problem for the Nazis was, how could they court the electorate’s favor and win next time around?

Party officials decided the National Socialist’s radical image needed softening. The party’s leader, Adolf Hitler, in particular, came across as a firebrand revolutionary. This fact, plus his blatant anti-Semitism was off-putting to an electorate drawn to the comfortable, conservative pre-war image of Hindenburg et al. which recalled better days. So, Hitler, the revolutionary became Hitler, the Bavarian country gentleman in a media campaign orchestrated by Heinrich Hoffman. In January 1933, the Nazi’s finally achieved their goal when the newly marketed Hitler finally became Chancellor. But how much of this success was due to his image change?

The National Socialist Workers Party or Nazi party grew up in a disaffected Germany broken by the First World War. Initially, they were just one of many small, marginal movements- until an ex-army corporal called Adolf Hitler joined them. Hitler believed that Germany had lost the war because of the enemies within rather than on the battlefield. He believed that Jews and communists had somehow made the German people believe they had lost and ultimately led to Germany’s surrender. Armed with this warped view and belief in the power of propaganda and rhetoric, Hitler planned to use it for himself. So he brought organization to the party- and also put his dynamic style of oratory to good use at rallies.

The Great Depression of 1929-30 exacerbated Germany’s troubles. Chronic economic hardship and the inability of the Weimar government to deal with this made more ordinary people receptive to the Nazi message. Hitler was careful to tailor this message to appeal to particular audiences. When addressing the working classes and ex-soldiers, he promised to pull Germany out of the depression. He also exonerated ordinary German’s from blame for Germany’s defeat by presenting the Jews to them as a scapegoat. However, this anti-Semitic message was played down for businessmen. Instead, Hitler promised them that he would overthrow the Treaty of Versailles which had robbed Germany of her lucrative colonies.

Circumstances and the messages seemed to work in the Nazi’s favor. In the 1928 elections, the party only managed to secure 2.6% of the vote. By the elections of 1930, that percentage had rocketed up to 18.3%, making the Nazis the second largest party in the country. However, more was needed to secure power legitimately, something Hitler fervently believed in after the failed revolution of the violent Munich Putsch in 1923, which led to his imprisonment.

The problem was, not everyone was convinced. Nazi rallies, especially those with an anti-Semitic or anti-communist message tended to erupt into violence due to the impassioned speeches of the future Fuhrer. This violent prejudice did little to endear Hitler and the party to the bourgeoisie middle classes and women. To them, Hitler was not a war hero and recipient of both the Iron cross First and Second class but a convicted revolutionary and traitor and an anti-Semite who fermented violence. Instead, these groups preferred to stick with the ineffectual but safe conservative regime of the president Paul Von Hindenburg and his chancellors.

For the very same reason, those same conservative factions in government balked at doing political deals with the Nazis, preferring instead to deal with less hard-line parties. So in March 1932, the Hitler’s party found itself in a frustrating position. The Nazis may have remained the remained the second largest party with Hitler increasing their share of the vote to 36.8%. Hindenburg, however, refused to do a deal with them. So to take power, they needed to win outright. And that meant winning over the conservative voters. Hitler’s image needed a makeover.

“The Hitler Nobody Knows”

Heinrich Hoffman, Hitler’s friend, and official photographer began to select and re-shape elements from Hitler’s private life to present a very different image of the Nazi leader. He used photographs of the Furhur in a variety of different scenarios, which he presented in a photographic book entitled “The Hitler Nobody Knows.” Baldur Von Schirach, the leader of the Hitler Youth and Hoffman’s son in law, provided the narrative to the book. The idea was to counter Hitler’s negative persona with an image that would appeal to women and the middle classes.

The book began with images everyone could relate to Hitler’s baby photographs and photos of his family and childhood. However, it also presented a very different picture of the adult Hitler. Hitler, the stern-faced revolutionary, was replaced with Hitler, the country gentleman, and dog lover, relaxing in his Bavarian retreat of Obersalzberg. Hoffman presented Hitler dressed in a Bavarian jacket and hat, or countrified tweed suit, taking wholesome hikes and lazing in the grass with friends and his beloved pets. “He loves them almost as much as they love him,” quipped Schirach’s caption regarding the animals, in the hope that this would help alienated readers love Hitler too.

The book also showed how, when Hitler was not out walking and enjoying nature at Oberzalzberg, he was in the house’s library. Here, the Nazi leader could be found enjoying some of the 6000 volumes he had accumulated in his collection. Books were Hitler’s “greatest pleasure” Schirach informed his readership, with art and history particular favorite subjects. “Art, and especially music is for him a life necessity,” Schirach emphasized. Here was no uncouth revolutionary but a cultured and educated man to whom civilized pursuits mattered- and the middle classes could relate to.

If the target audience of “The Hitler, Nobody knows” weren’t sufficiently won over by the idea of Hitler as culturally ‘one of them,” then their sentimental side was sure to melt at the sight of the unmarried, childless firebrand charming children. “The Young love him,” confided Schirach under a photograph of Hitler surrounded by young boys. “Everywhere children crowd around him to bring him flowers.” However, not only was Hitler the beloved of dogs and children, he was hardworking and temperate too.

Other pictures showed the Nazi leader on the campaign trail about Germany, but not to whip them into violent revolt. These photographs showed Hitler greeting ordinary folk affably- unlike the remote aristocratic Hindenburg, even stopping his car for a casual chat with a worker. Not only was Hitler accessible; he was free from aristocratic decadence. He was shown at dinner parties enjoying an alcohol-free, vegetarian meal. The message was clear: here was a man, moderate in his habits, tirelessly working on behalf of the German people. “I would like to denote two characteristics that for me are the most striking traits of Adolf Hitler’s nature,” explained Schirach in the introduction to the book, “STRENGTH and GOODNESS.”

On the face of it “The Hitler Nobody Knows” did its job. In July 1932, fresh elections gave the Nazism’s 37.35% of the vote and made them the largest political party in Germany. Hitler had the bargaining chip he desired. He began to make overtures to the Hindenburg regime, offering to do a political deal that would bolster the government while making Hitler Chancellor. It was a bold and timely move. However, it did not work. For, despite the election result, Hindenburg refused to entertain the idea of allowing the Nazis’ into power.

Instead, the president appointed Franz Von Papen as Chancellor, despite the fact his choice of candidate did not have the support of the Reichstag. Things in government quickly began to follow the same depressing pattern. General Kurt Von Schleicher replaced Von Papen and finally in November 1932, yet more elections were held. However, it became apparent that Hitler’s image change had ceased to work its magic. In just four months, the Nazi’s popularity dropped drastically. The election only gave them a 33.1% share of the vote. Meanwhile, the Communist party had gained.

It was this communist gain that proved to be the deciding factor that elevated the Nazi’s, for Hindenburg’s circle was even more alarmed by the prospect of a communist take over than a Nazi one. After months of resisting Hitler, Hindenburg changed his mind. Hitler’s popularity was waning, the president’s aids told him. This decline meant that the Nazi’s needed the conservatives and so would be more malleable. So on January 30, 1933, Hindenburg appointed Adolf Hitler Chancellor of Germany-not because Hitler had won over the electorate but because the Nazi’s were the lesser of two evils.

It was a decision Hindenburg would come to regret. Although, he limited the Nazi’s to only two government posts, besides Hitler’s, in two months, rather than being “pushed …into a corner so that he squeaks,” Hitler had outmaneuvered him. The new Chancellor called for fresh elections in March 1933. This time, he ran his campaign by smearing and terrorizing his opponents. Then on February 27, 1933, the Reichstag burnt down. A young Dutch communist was blamed, giving the Nazi’s the excuse to arrest over four thousand communists after Hindenburg signed emergency powers over to them.

Rivals safety eliminated, the Nazi’s increased their share of the March vote to 43.9%. Only one year after the elections of March 1932, the Nazis had all but achieved their aim, only requiring the support of other marginal far right parties to remain in power. In the end, Hitler had achieved his aim not because he had seduced the electorate with a gentler image, but because he had taken advantage of the political situation and reverting to the old Nazi of violence, smears and propaganda.

How did the Nazis gain support? and How Did the Nazis consolidate their power? The Holocaust Explained.