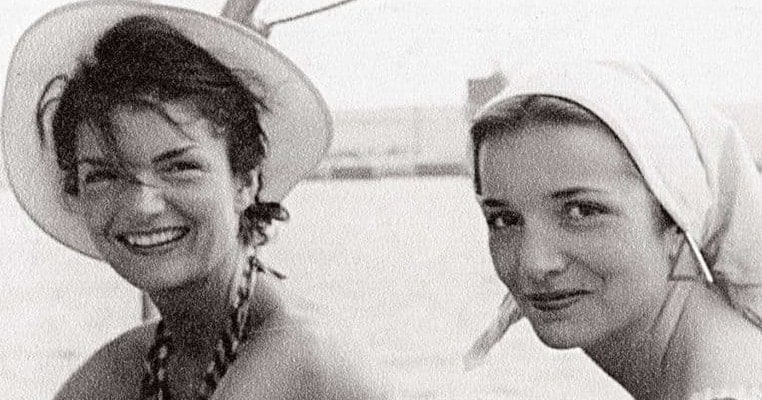 3. Artaxerxes II and Cyrus the Younger both raised huge armies and, to their mothers’ dismay, the brothers went to war for the Persian crown

Since he was the eldest son of Darius II, Artaxerxes was first in line to take the throne. And, indeed he did, becoming King Artaxerxes II of Persia in 404BC. While expected, the arrangement did not please the new king’s younger brother Cyrus. After all, the boys’ mother had promised Cyrus he was destined for great things. What’s more, most observers agreed that Cyrus was the more intelligent and stronger of the two brothers, plus Cyrus had proven himself after being appointed the Persian Empire’s commander-in-chief in Asia Minor when he was just 15-years-old.

From the very start of his reign, therefore, Artaxerxes was worried that his brother might try to take the throne for himself. Certainly, Cyrus did nothing to change his mind. As such, the King’s generals urged Artaxerxes to take pre-emptive action. He agreed. By 401BC, Cyrus had raised a huge army. Learning of this, Cyrus raised a huge army of his own, ready to meet his brother in battle. Indeed, Cyrus specifically targeted his own brother, realizing his whole army would crumble if their king died in the heat of battle.

When the two young men did meet, Cyrus was slain in battle. Quite who killed him is up for debate. Artaxerxes certainly tried, with Plutarch noting that the King aimed spears at his own brother. However, it’s likely that one of the King’s closest men dealt the fatal blow. Certainly, the brothers’ mother believed this to be the case. She had the man she believed to be responsible put to death. What’s more, the King’s court eunuch had cut off the dead brother’s head and hands. For this, the King’s mother purchased the eunuch in a slave auction and had him flayed alive.

2. Sultan Mehmed III gained control of the Ottoman Empire by killing all 19 of his brothers and step-brothers – and he was perfectly within his rights to do so

Fratricide was only too common among the rulers of the Ottoman Empire. However, even by the standards of 16th century Constantinople, Sultan Mehmed III was particularly ruthless and bloody. When he came to the throne following the death of Murad III, he saw rivals and enemies everywhere – and rightly so. The Sultan was not paranoid, but a realist. In those times, when Sultans had several wives and had numerous children with both legal spouses as well as with their concubines, there were usually several pretenders to the throne. And so, such rivals needed to be taken care of – even if they were your own brothers.

Born in 1566, Mehmed III was named Sultan in January of 1595. His was not an automatic ascension to the throne. During the Ottoman Empire, it was not taken for granted that the eldest son would inherit his father’s wealth or power. Rather, any son – legitimate or illegitimate – could stake a claim. Quite simply, it was survival of the fittest. What’s more, in order to ensure the Empire was run as smoothly and peacefully as possible, it was expected that a new Sultan would kill any potential rivals to death. Indeed, Mehmed’s own father had made this the law. In 1477 he decreed: “For the welfare of the state, one of my sons to whom God grants the sultanate may lawfully put his brothers to death.” Evidently, Mehmed III had no hesitation in putting this into practice.

According to the records of the time, Mehmed had all 19 of his brothers and half-brothers executed. What’s more, he had his own personal bodyguard of deaf-mute soldiers carry out the killings. Over the course of just a few days, all of the potential rivals to the throne were strangled to death, often in their own homes. Brutal and bloody it may have been, but was the policy of legalized fratricide effective? The Ottoman Empire lasted more than 500 years, holding large parts of Asia and Europe right up until 1923. Dynastic wars and power struggles were relatively uncommon, and the Sultan’s power absolute, so maybe there was something to it after all.

1. Jackie Kennedy and Lee Radziwill had it all growing up, but the sisters were always determined to out-do one another, so while one married a President, the other bagged a Prince

Numerous biographies have been written on Jackie Kennedy, wife to first JFK and then the billionaire Aristotle Onassis. Several have even looked beyond her relationships with rich and powerful men and instead focused on her relationship with her own sister. While the exact truth of the siblings’ relationship may never be known, many have claimed that theirs was an intense rivalry. According to some scholars, Lee Radziwill grew to be jealous and resentful of her younger sister and may even have committed the ultimate sibling betrayal.

Lee and Jackie Bouvier enjoyed a highly privileged upbringing. But even from the beginning, there was tension between the two. While the father doted on Jackie – even naming her after himself – their mother made no secret of the fact that the younger sister was her favorite. Their mother also instilled in them that the acquisition of wealth and power, rather than anything so sentimental as love or loyalty, was the ultimate goal in life. As a result, both sisters continually tried to outdo one another. So, when Jackie ended up marrying up-and-coming political star John F. Kennedy, Lee herself snagged the Polish Prince Stanislaw Albrecht Radziwill. One sister became First Lady, while the other became a Princess.

According to one recent biography, Lee may even have slept with JFK while the two married couples were on holiday one time. But did Jackie eventually get her own back? By 1964, Lee had moved on and was reputedly having an affair with the Greek shipping magnate Onassis, by far one of the wealthiest individuals in the whole world. Lee may even have been considering leaving her prince and taking Onassis as her second husband. In the end, however, it was Jackie who ended up married to Onassis, coming out on top in the socialite siblings’ rivalry once again.

“Brothers: What the Van Goghs, Booths, Marxes, Kelloggs–and Colts–Tell Us About How Siblings Shape Our Lives and History” George Howe Colt, May 2014

History Extra – Henry VIII’s Mistresses: Who Else Did the Tudor King Sleep With?

“Cleopatra: The Beauty of a Killer.” The Manchester Historian, The University of Manchester, December 2014.

Grunge – The Truth About Cleopatra and Julius Caesar’s Relationship

“Warfare between Henry I and Robert Curthose, according to Wace’s The Roman de Rou.” The Society for Medieval Military History, March 2014.

“Jackie Kennedy ‘got revenge’ on her sister for cheating with JFK” Daily Mail UK. September 2018.

History Collection – Historical Rulers Who Murdered Members of Their Own Family