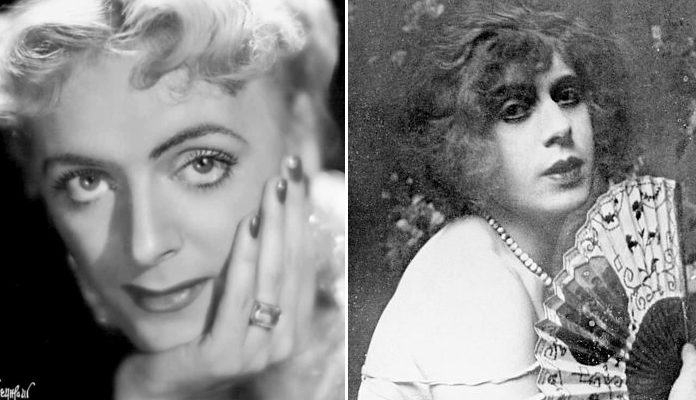 The term ‘transgender’ is a relatively recent term. Coined in 1965, by Columbia University psychiatrist John F Oliven, it covers a broad spectrum of people whose sense of gender identity does not conform to that of their birth sex. Oliven believed the term ‘transsexual’ was misleading, as it did not account for the fluid and varied nature of gender identification. Oliven’s definition encompassed individuals who switched between male and female characteristics and those with no determined sexual identity, as well as individuals who cross-dressed or wished to have medically assisted gender reassignment.

While the term may be recent, the concept of transgender is as old as history. For there have always been individuals who, either openly or in secret have lived their lives as members of a gender they were not born into, often risking ridicule at best- at worst, persecution. Here are just seventeen remarkable figures from history whose sexual identity defined them as transgender.

16. Elagabalus: The Unsuccessful Roman Emperor who wanted to become an Empress.

In 217AD, the Praetorian Guard murdered Emperor Caracalla. The following year, after months of schemes, a distant cousin of the deceased emperor ascended to the purple. If the Romans were hoping for a fresh start, they were wrong. The fourteen-year-old Syrian emperor set the tone for his reign when he chose “Elagabalus, ” the Latinized of the Syrian sun god Elah Gabal as his title. In the four years that followed, Elagabalus was to prove as crass and ineffectual as many of his predecessors. He also made matters worse by displaying a very confused sexual identity.

According to Cassius Dio, Elagabalus became notorious for dressing as a woman. Decked in wigs, makeup, and fashionable frocks, he made a sexual nuisance of himself around Rome and the imperial palace. Before his assassination in 222AD, he married four women and a male athlete called Aurelius Zoticus. However, the emperor’s great love was his charioteer, a slave named Hierocles. Elagabalus apparently “delighted to be called the mistress, the wife, the queen of Hierocles,” and reputedly offered to reward any doctor who could give him female genitalia. Some historians have suggested that contemporaries told these tales to damn Elagabalus’s memory. However, the details do suggest the emperor was frustrated by his gender.