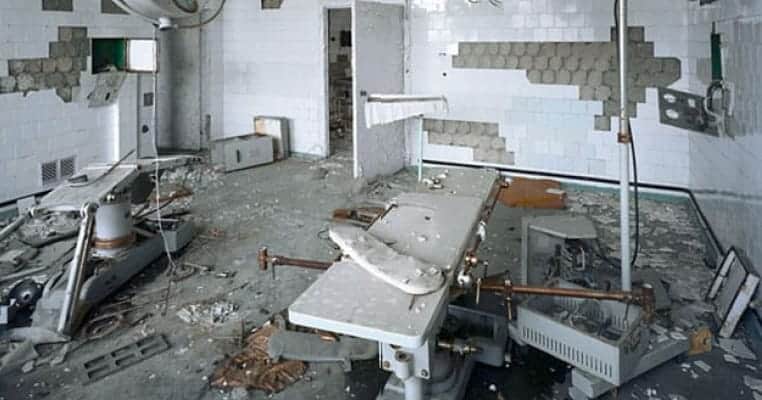 The leaders continued to downplay the dangers of the no. 4 rector explosion by insisting that they understood everything that needed to get done and it was all under control. The leaders would tell people that they had their men on it and briefed these men on the type of work that needed to get done. Of course, people slowly started to realize that the leaders of the Soviet Union were not being honest with them and soon, no one believed anything that they had to say, especially Mikhail Gorbachev.

Not only did human suffer in the aftermath of the explosion. Officially, people told the residents that they wouldn’t be gone long so many did not bring their pets as they believed the officials who would be the city up from the explosion would take care of them. Unfortunately, those who left their pets would never see them again because the cleaning crew was told to kill the animals they came across as officials didn’t want the animals to leave the exclusion zone.

The Guardian – Chernobyl 30 Years On: Former Residents Remember Life in The Ghost City of Pripyat

Geo History Today – Chernobyl: A Short History of the Human Impact on Ukraine and its Neighbors

Express UK – Chernobyl: Why Did They Use Boron at Chernobyl?

CNN – Inside Slavutych, The City Created by The Chernobyl Explosion

The Atlantic – Visiting Chernobyl 32 Years After the Disaster

Intechopen – Radioactivity in Food: Experiences of the Food Control Authority of Basel-City since the Chernobyl Accident

Science Magazine – â€˜It’s Like the Embers in A Barbecue Pit.’ Nuclear Reactions Are Smoldering Again at Chernobyl

Time Magazine – Chernobyl at 30: How Attempts to Contain the Radiation Failed

Ted – After a nuclear disaster, then what? A surprising look at the animals of Chernobyl and Fukushima

VOX – I Was A Child Of Chernobyl

Euro News – Chernobyl: Why The Nuclear Disaster Was An Accidental Environmental Success