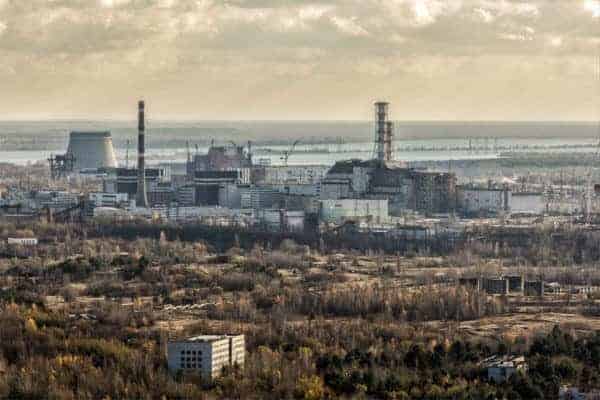 On April 26, 1986, the Chernobyl nuclear power plant in the town of Pripyat suffered a catastrophic failure that resulted in an explosion and a meltdown. The nuclear reactor consisted of four 1,000 megawatt reactors. At the time, it was one of the oldest nuclear power plants in existence, and also one of the largest.

As you might expect from Soviet Russia, the government kept the meltdown a secret for days after it happened, which prevented outsiders from helping in what would prove to be a tragedy that affected well over 100,000 people.

The question is, why was the disaster kept secret. Years after the USSR fell, the complete story was released to the public. Employees at the power plant were in the process of performing efficiency tests on the system. In the course of doing so, they shut off all emergency safety systems. Systems that, as you might expect, were there for a good reason. They also shut down the cooling system.

Instead of acknowledging the signs of pending meltdown and putting all the systems back online, the workers ignored them and continued the test. At around 1:30 a.m. on April 26, 1986, the first explosion rocked the plant. By the time it was all over, that reactor was almost completely destroyed, leaking immense amounts of radiation and other chemicals into the environment.

It took the town 36 hours to realize that fighting the resulting fires was pointless. It was only then that they evacuated 40,000 people out of Pripyat.

The fallout from this disaster is still not completely known. The area around the Chernobyl nuclear power plant is likely to be uninhabitable for more than 150 years. Animal and plant life has shown severe defects in the area.

In terms of human casualties, the totals are not completely known. Hans Blix, a UN inspector, claimed that nearly 200 people were directly exposed immediately after the explosions and that 31 died.

But the numbers are most likely higher than that. As many as 4,000 people who helped in the clean-up died, and the number may be much higher. Experts have said that nearly 70,000 people were poisoned in the area surrounding the plant.

From an international standpoint, the disaster at the Chernobyl plant was yet another example of the dangers of nuclear energy. In 1979, the US suffered a nuclear accident that had not yet been forgotten. It would lead to an even larger push around the world to regulate and control nuclear power.

The Guardian – The Truth About Chernobyl? I Saw It With My Own Eyes