16 Facts About Dollar Princesses, the American Girls Who were Sold Into Royalty 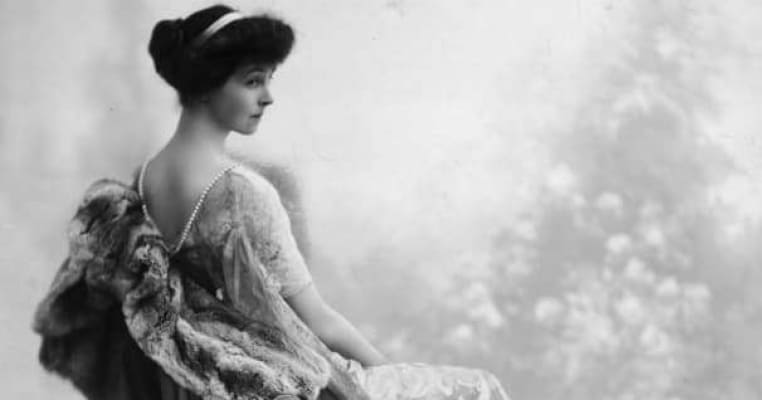 16 Facts About Dollar Princesses, the American Girls Who were Sold Into Royalty

3. One Dollar Princess Became the Second Woman in Parliament

Ever since John Jacob Astor made his fortune in fur-trapping and trading in the eighteenth century and went on to buy up much of the property in Manhattan, the Astor family has been synonymous with the most elite circles of American society. The New York 400 was a list of the most prominent socialites, kept by Caroline Astor, and was veritable who’s who of American aristocracy. Of course, they weren’t real aristocracy, because the American government cannot give titles. But who cares when you have money coming out of your ears? William Astor was born in the US, but he spent most of his life in London and was so surrounded by British aristocracy that he adopted their lifestyle.

When he married Nancy Langhorne Shaw, a girl from Virginia, she shed her country roots and adopted the title Lady Astor. She immediately was accepted into both British and New York social circles with incredibly high status. So high, in fact, that in 1919, she decided to run for the British Parliament in a bid to gain the seat that her husband had once held. When she was elected, she became the second woman elected to Parliament. Not bad, considering that she was American.

British noblemen who were finding themselves short of funds for their lavish lifestyles needed more than money to continue traveling on private yachts. Their homes, which were often centuries-old, frequently were in dire need of repairs that they could not afford. When Alva Vanderbilt arranged for her daughter to marry the Duke of Marlborough, he was thrilled at the match because the money from her dowry could help repair Blenheim Palace, which was falling apart. As soon as the marriage was official on both sides of the Atlantic, the duke began using the money from his wife’s dowry to undertake repairs.

1. The Practice of Selling Girls for Titles Came to be Viewed as Slavery

Frances Work, who married into nobility against her father’s wishes, became the great-grandmother of Princess Diana. However, her father never got over what she did. In his obituary, he was quoted as having said, “It’s time this international marrying came to a stop for our American girls are ruining our own country by it. As fast as our honorable, hard-working men can earn this money their daughters take it and toss it across the ocean.” Apparently, he wasn’t too happy about being used as a bank account with unlimited funds, or about his daughter marrying a British aristocrat just so she could get a title.

He saw right through the practice, realizing that the British noblemen who were obtaining massive, multi-million-dollar dowries (which could be worth tens, if not hundreds, of millions, in today’s money) so that they could spend it on themselves, often through gambling or expensive vacations. Though the marriages might have been seen as mutually beneficial, ultimately, they were destructive, not only to the individuals who engaged in them but also to the countries that were involved. Americans were shedding money to prop up Britain’s economy, just for status artificially. There had to be a better way for the daughters of the nouveau rich to be accepted.

“The Dollar Princesses: How American Social Climbers Sold Their Daughters To British Nobles For Rank,” by Genevieve Carlton. Ranker.