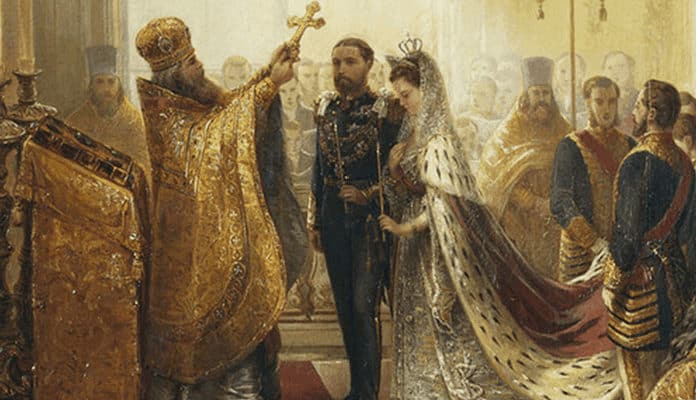 Slated as one of the worst crimes ever against women, dowries hold a weirdly popular place in history. Many notable people, especially royalty, spent much money on weddings. They always want and get the best. Sometimes these weddings involved lavish dowries, ones that people couldn’t imagine then and still can’t imagine today. But who holds the most lavish dowry in history?

Many dowries include land that came with the bride. This land went into the name of the husband, giving him a higher social standing. Other dowries included gold, jewels, money, and other rare objects that are seen as more of a treasure today than before.

33. Margaret Giffard And The Magical Pair

This dowry is more of a legend that dates back to the 13th century. While many people debate the legend, many others believe it. Margaret Giffard’s father, wizard, Sir Hugo, took a pear and placed a spell on it. He told his daughter’s husband and family that as long as she kept the pear safe, the whole family would remain safe forever.

One night, one of Giffard’s descendants, Lady Elizabeth Mackenzie, dreamed she took a bite out of the pear. Fortunately, the pear remained untouched. However, her husband fell into debt and sold the pair to his brother, who drowned with his two sons.