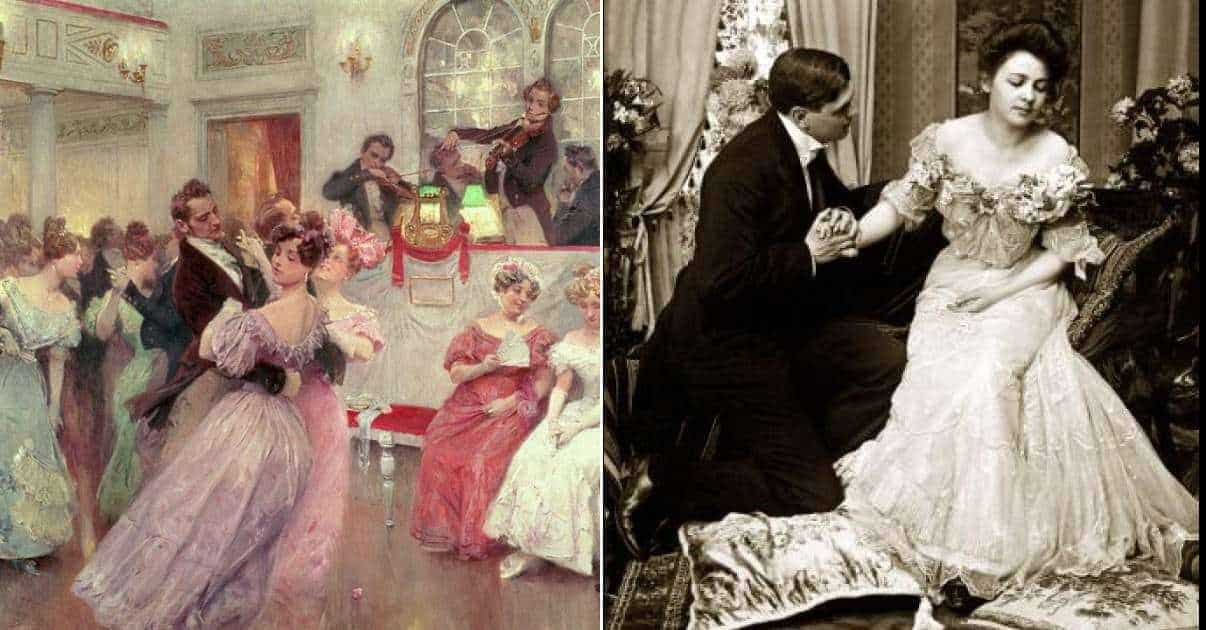 Today, we marry for love and we divorce from the lack of it. Like every other pre-modern society, the Victorians married for much different reasons. For better or for worse, they saw marriage as a social bond: an alliance made to preserve property and guarantee inheritance. Far from being motivated by personal desire, marriages were decided on the basis of financial potential and, for the more powerful, political alliances. While desirable, happiness was incidental; or, as Haydn Brown’s put it in his 1899 publication “Advice to Single Women”: “marry well if you can; but satisfactorily at least.”

The first stage was the engagement. It was the man’s job to ask, and he had to get the go ahead not just from his ladylove but also from her father. Though possible in writing, proposals were best made in person (just as nobody wants to be proposed to over WhatsApp). And if she wanted to play hard to get, the woman was under no obligation to accept first time or to reciprocate with a ring.

Being engaged threw open the doors to a level of intimacy that had previously been unthinkable. At least by Victorian standards. Engaged couples could go on unchaperoned rides, hold hands during walks, and lightly kiss each another. They could even be left alone behind closed doors, though it was the man’s duty to leave his beloved by nightfall. There was actually sound reason for this; if their engagement were to end, rumours that they had spent the night together could be disastrous for her reputation.

Although engagements were legally binding, and Victorian men held themselves to a code in which breaking off an engagement was considered “ungentlemanly”, this didn’t stop it from happening. The offending party would often be taken to court for “breach of promise”. And although people couldn’t be coerced into marriage, the damaged party could be refunded for the costs of rings and wedding dresses etc. These tribunals could call upon all possible evidence, including letters exchanged by the former lovers. Such a scenario meant that, even in love letters, women had to err on the side of caution.